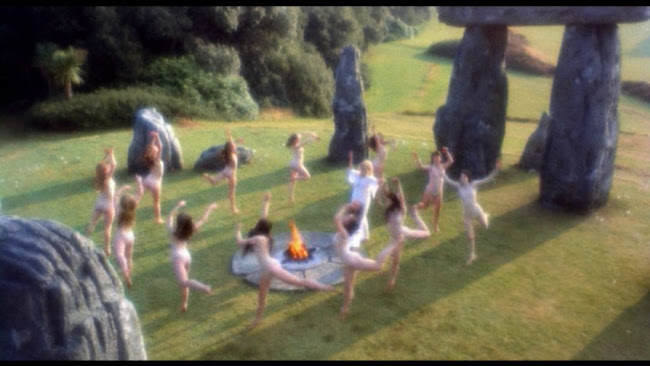 Yesterday being Beltane/May Day, I decided to again watch the classic May Day film, 1973's The Wicker Man. I've always liked the movie but I feel like I've only recently really understood what's scary about it. It's not simply the eeriness of the various animal embryos in the chemist's shop or even the ritual human sacrifice. It's the complete ease with which an entire community conducts a human sacrifice, to the point where even the small children are teasing the intended victim. 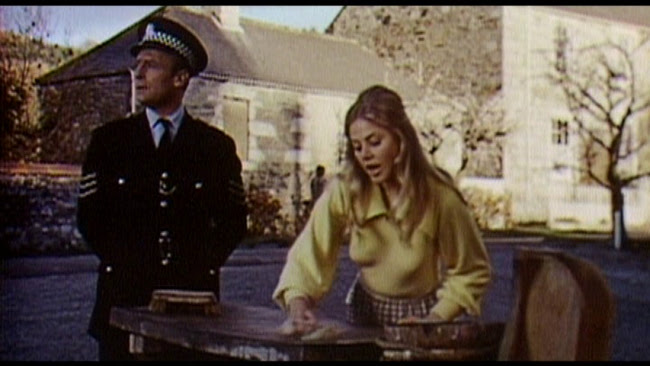 Like several other "folk horror" movies made in Britain around this time, its relevance to contemporary culture seems obvious, specifically the decline of 1960s counter-culture. The beauty in rebelling against established tradition and codes of conduct for a righteous cause didn't necessarily look too great in some of its specific manifestations following incidents like the Manson murders. It turns out the rarefied air of the neo-pagan camaraderie was not as unquestionably, intrinsically virtuous as some thought. This is a criticism that oddly echoes the hippy derision of old fashioned, institutionalised ideology. And certainly the film's protagonist, the devoutly Christian Sergeant Howie (Edward Woodward), has no doubts regarding the righteousness of his ideology. 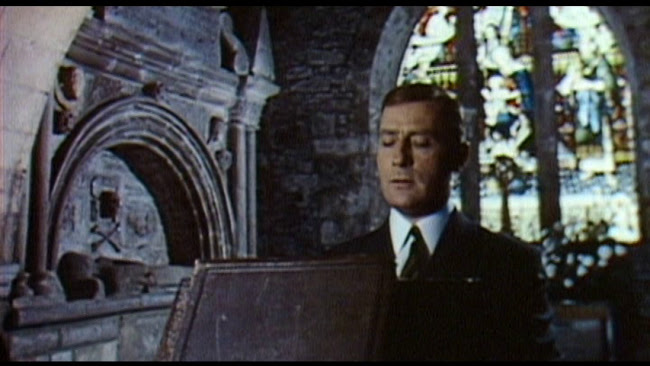 It's important to watch the Final or Director's cut and see the part of the film that introduces Howie in his own community on the mainland. He's the classic prude satirised so often throughout the 60s and his subordinates at the police station laugh at his maintaining his chastity or ordering one officer to keep his hair cut quite short. His unyielding fidelity to his starched religious convention is similarly mocked by the people of Summerisle who, given to practices such as routine public orgies or the decoration of human graves with body parts, find his conduct even more ludicrous. The neo-pagan community might seem extreme but it hadn't been so long since Paul McCartney asked, "Why Don't We Do It In the Road?" 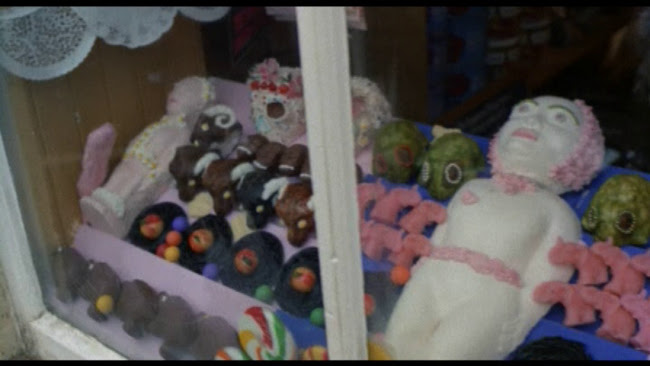 A number of young people nowadays, as one can readily understand, feel that 'modern' ideals and programmes, a very mixed bag of them, have worked out so badly that the traditional ones may be better; but how badly those used to work out too seems to have been successfully kept hidden. Thus young people often join a Church because they think it is the only way to avoid becoming a Communist, without realizing that a Renaissance Christian State was itself usually a thorough-going police terror.

Empson's words may have been preaching to a choir not long after and by the time The Wicker Man came out just over a decade later we see an argument that, as bad as the Christian status quo might be, it's worth bearing in mind the Old Religion has its own qualities that may seem as unpleasant when directly experienced. Though, of course, the "Old Religion" of Summerisle really dates from the end of the 19th century when the ancestor of Christopher Lee's Lord Summerisle used a revived version of pagan beliefs to organise and compel to the local populace to work the fields. 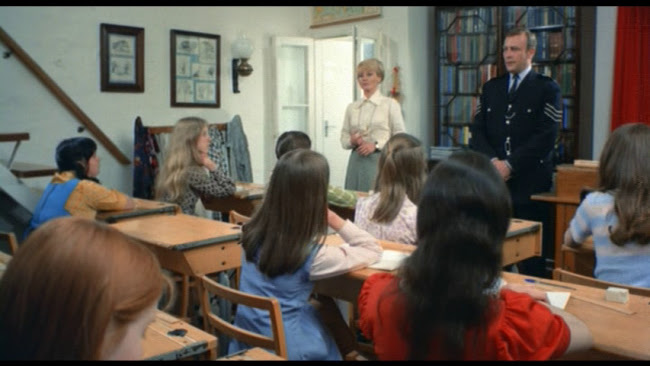 Above all, I love how The Wicker Man is a story of two ideologies incapable of listening to each other meeting head on. We certainly don't agree with Howie's violent disruption of Diane Cilento's classroom just because she's taught the children, in plain terms, the May Pole symbolises the penis. But we're constantly reminded, too, he's looking for a missing girl and no-one seems to take this seriously. 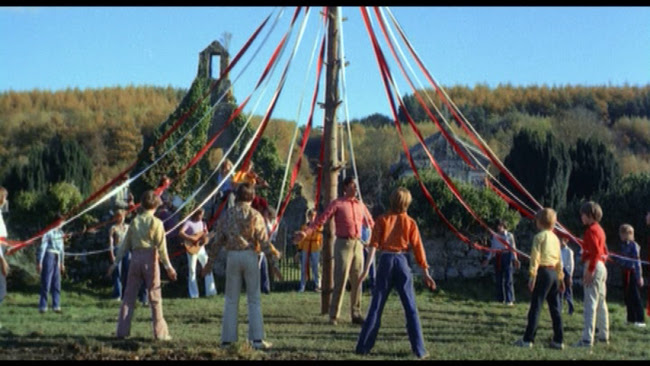 The presentation of such a reductive interpretation, though--straight out calling a May Pole a penis--is one of the things that keeps Summerisle's religion from feeling genuinely pagan and smacking more of puerile deconstructionism. And that fits perfectly well with the giddy delight in the populace at Howie's unwillingness to sleep with the Landlord's Daughter (Britt Ekland) or at his increasing frustration that everyone who lives on the island, from the smallest child to the lord himself, treats a life and death subject as a game of semantics and symbol. And that is truly horrifying.

A shirt in theory keeps the chest from cold.
A thicker cloth enables safer strolls.
The storied Strider's walk was ever bold.
The spider god could step across the poles.
For reasons left obscure the sandwich sat.
Composure placed the napkin 'fore the life.
'Twas better put in lap than any bat.
As ev'ry fork deserves a butter knife.
Repelled between the jelly walls, a moon.
Revived in thinking, hats of minds reflect.
Approaching steps foretell arrival soon.
A final crate demands a last inspect.
A yellow pie consumed a dotted line.
A metal tree supports an open sign.

Posted by Setsuled at 3:23 PM
Email ThisBlogThis!Share to TwitterShare to FacebookShare to Pinterest
Labels: beltane, horror, may day, the wicker man