So Long to the Throne 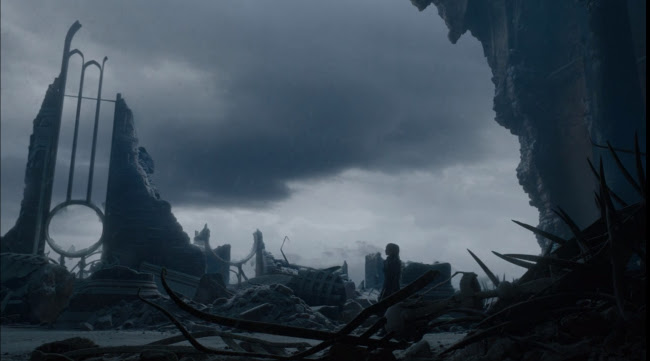 Well, that's it, no more Gamey Thrones, at least not on television anyway. It was a pleasant series finale, filled with fond farewells. Considering my least favourite character in the series ended up in charge of the Seven Kingdoms, it was pretty painless. 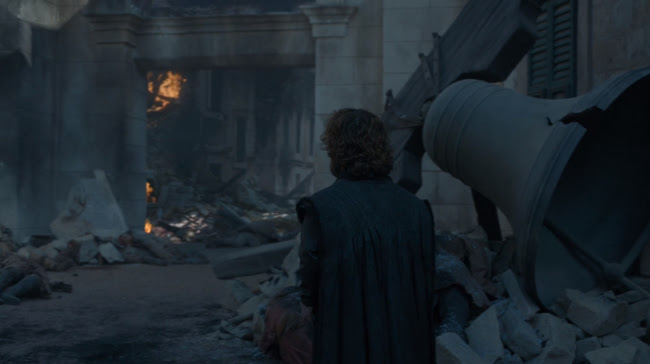 Do you suppose the image of that fateful bell that at last unmasked Danaerys' (Emilia Clarke) hypocrisy was meant to evoke the Liberty Bell? Considering the show once got in trouble for putting an image of George W. Bush's head on a pike, it wouldn't be the first time they made a reference to U.S. politics. If that's so, arguably Danaerys has become a metaphor for Trump, ironic considering how often people invoked her as an emblem of Hillary Clinton during the 2016 presidential campaign. But the most ironic thing of all may have been the fact that the finale, with its hints at the beginnings of social reforms and Samwell's (John Bradley) awkward remarks, praised democracy while a petition to have the whole season rewritten has gained more than a million signatures. 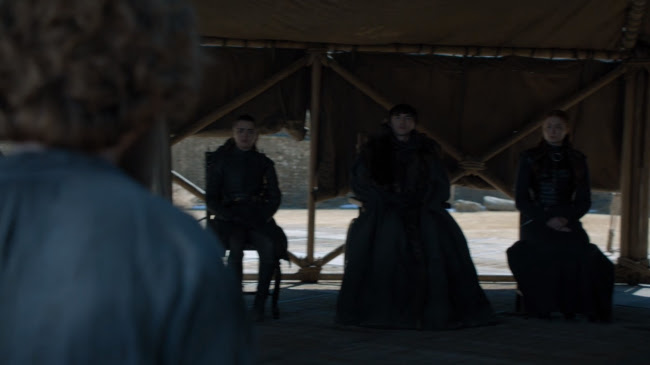 Considering most of those signators would prefer a season where Danaerys was portrayed in a positive light as a conquering queen, or as one who inexplicably endorsed a republic, this is a good example of why art should not be a democracy. Though, to be fair, the show hasn't been as well written since it strayed from the source material. There are, as people have complained, too many shortcuts. Bran (Isaac Hempstead Wright) becoming king being a last example, as he went suddenly from being a character with no longer any apparent desire to assert himself in worldly affairs to becoming the king of the world. There's mention, indeed, of how he had no desire for the throne yet he said himself that he came "all this way" for this sole purpose. 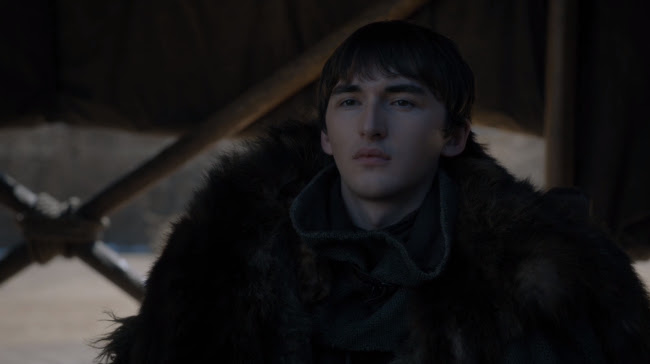 Thinking back on "The Bells", though, it has occurred to me that Danaerys' infamous "heel turn" may have needed to not make sense. If she had done the more logical thing and gone straight for the Red Keep and Cersei (Lena Headey) then people would probably not have been horrified by her actions, even if collateral damage had included dead children. The glory of finally killing the hated Cersei and claiming ultimate power would have pleased people too much for them to worry over trifling details. That's always been a problem with democracy--tyrants tend to be popular. I'm reminded of John Milton's 1660 pamphlet, "The Ready and Easy Way to Establish a Free Commonwealth". As the hope for an English Republic fell apart because the people of England seemed to prefer the return of a monarch, Milton in exasperation speculates that perhaps sometimes the people must be forced to make the right decision. 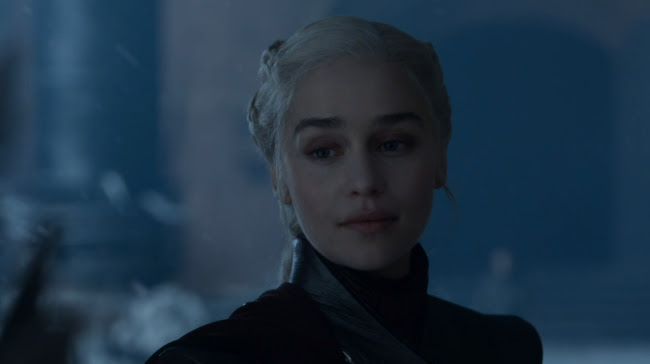 Maybe the best historical comparison for Danaerys would after all be Oliver Cromwell, a leader who rode a wave of popularity for an ideal as a liberator and advocate for republic who then led an infamously horrific conquest of Ireland. Benioff and Weiss might have learned a lesson from that as Cromwell's motives were fundamentally tied to religion which, like Anakin in Revenge of the Sith, helps explain his seemingly incongruous actions.

It would have been nice to dwell more on Queen Danaerys and her introspection. I also would've preferred it if Drogon had killed Jon (Kit Harrington) instead of the Iron Throne, a symbolic act I should hope we're not meant to think the dragon himself understood, otherwise we'd rightly wonder why he happily obeyed Danaerys' command to slaughter children. But this was meant to be a victory lap to revel in as the show returned characters to some of their most memorable positions--Jon at the Wall, Arya (Maisie Williams) heading off for unknown adventure at sea as she did at the end of season four. Oddly, the impression I was left with was a perhaps unintentional admission by Benioff and Weiss that the show had never really progressed beyond those points. They did the best job, really, that could be expected from average television writers but there's no way anyone could match work George R.R. Martin crafted over periods of years. I guess we'll all have to learn to read again.

With fragile words to highest seats they're led.
As em'rald hills appeared behind a mist.
And further off, a wall forestalls the dead.
The headsman's heavy sword but rarely missed.
Discussion shades the easy road and hard.
Collected thoughts ennoble wolf and cat.
Collected eggs bequeath a hopeful card.
To Queens and knaves at large who gamely chat.
When armies tread across a winter's pond.
A broken hand may yet deserve a watch.
Succeeding reigns of children stretch beyond.
A broken wheel may yet turn round a notch.
As fire melts the metal bells are toast.
A fond adieu returns the crew to ghost.

Posted by Setsuled at 5:55 AM
Email ThisBlogThis!Share to TwitterShare to FacebookShare to Pinterest
Labels: fantasy, game of thrones, television, tv show