After writing a couple weeks ago how I didn't like the 2011 Doctor Who Christmas special, it seemed worth saying I really like the episode that followed it, "Asylum of the Daleks", also written by Steven Moffat. After the show had been running out of steam for a long time with the Eleventh Doctor's first season companions, Amy and Rory, being introduced to the next companion, sort of, earlier than expected was a pleasant surprise delivered with very welcome and lively energy. And it manages to be pretty creepy and bittersweet, too. 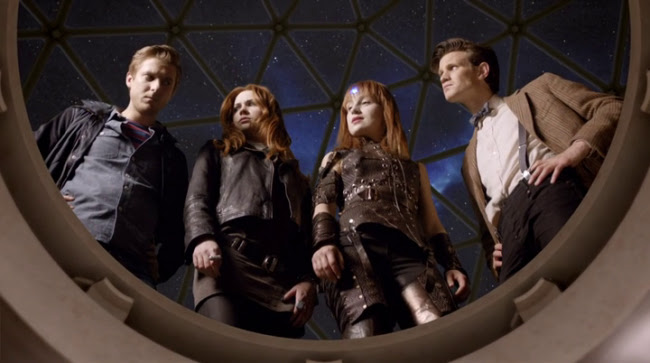 We find the Ponds in their domestic life away from the Doctor (Matt Smith) are on the verge of divorce. Amy (Karen Gillan) now works as a fashion model. Not a very high end one judging from the ridiculous photo shoot she's taking part in at the beginning of the episode. 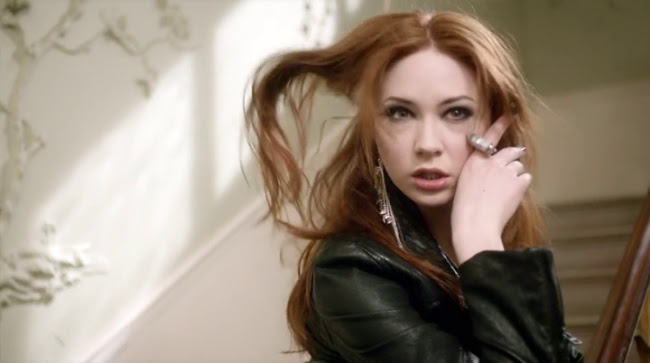 Likely it's supposed to look ridiculous, a reflection of her shallow, fast paced life away from Rory (Arthur Darvill). But, jeez, that makeup doesn't suit her. In the latter half of her run, Amy wears so many bad outfits and her makeup so frequently looks odd that sometimes I wonder if people on the show said to themselves, "Karen Gillan's so beautiful, we couldn't make her look bad if we tried!" and decided to test that theory. 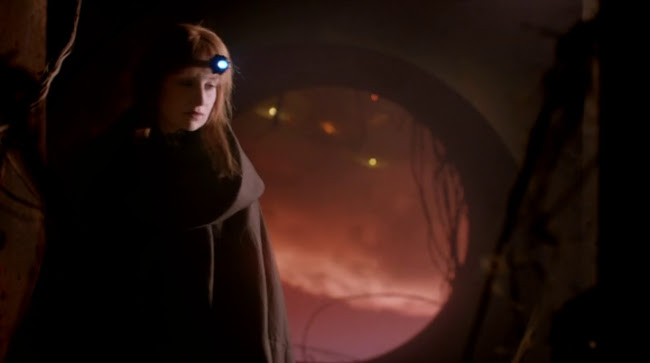 Meanwhile, the Doctor has a meeting with a strange woman (Anamaria Marinca) in a ruined building on Skaro, the Dalek homeworld, which still hasn't gotten the renovations we see at the beginning of the Twelfth Doctor's second season. Presumably the devastation is a result of the Seventh Doctor's trick in Remembrance of the Daleks, causing Davros to destroy Skaro on accident. The damage looked much worse than what we see in "Asylum of the Daleks", I must say. 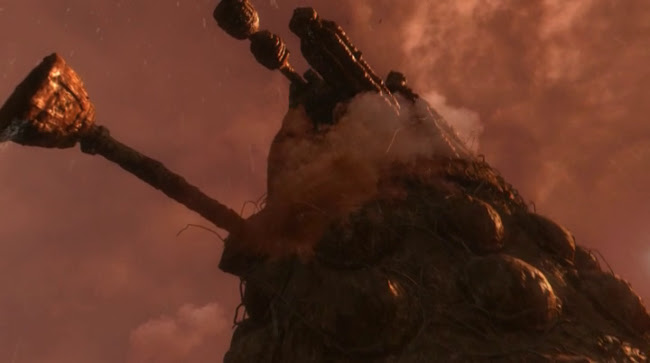 It's kind of funny how often times when the Daleks show up they seem to have a complete different system of hierarchy than the last time we saw them. Now the Doctor, captured by the woman who turns out to be a Dalek secret agent, finds himself, with Amy and Rory, in the middle of the "Dalek Parliament". 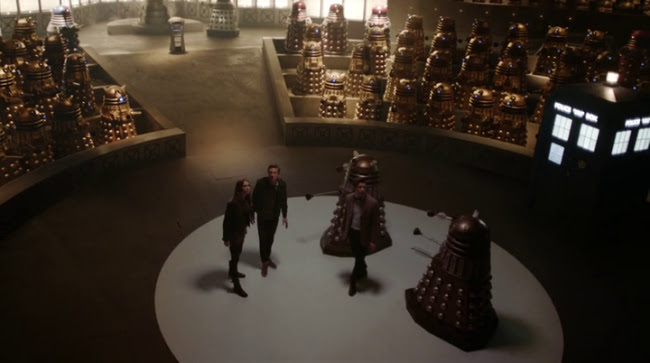 Which I don't think we ever see again. I've love to see the meeting of Daleks where one of them suggested, "I don't know, why don't we try having a parliament for a while?"

And, of course, the other new idea is the Asylum of the Daleks, a planet where the Daleks too crazy to submit to conditioning are stowed. Only all is not well--there's a girl named Oswin (Jenna Coleman) on the planet, hacking the systems and making soufflés. 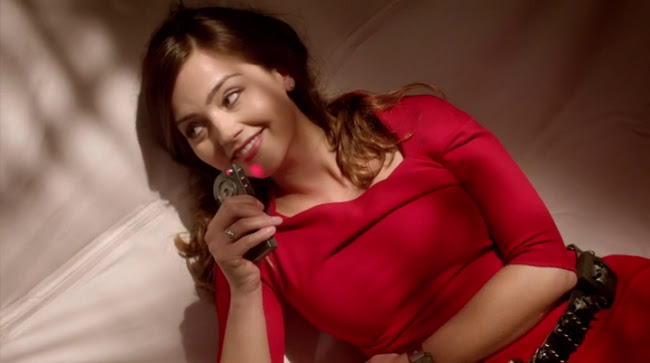 What a great introduction. There's a really intriguing mystery; right from the beginning you suspect something isn't quite right about the rosy picture of the chipper girl keeping a humble home on one of the galaxy's creepiest planets. And it's built up to with a series of sensory deceptions—like the man (David Gyasi) who helps the Doctor and Amy when they arrive on the planet who turns out to be a Dalek zombie--and the revelation that Amy and the Doctor have misinterpreted his nature is revealed by his misapprehension of his crewmates, culminating in the subtly menacing line, "I'd forgotten about dying." 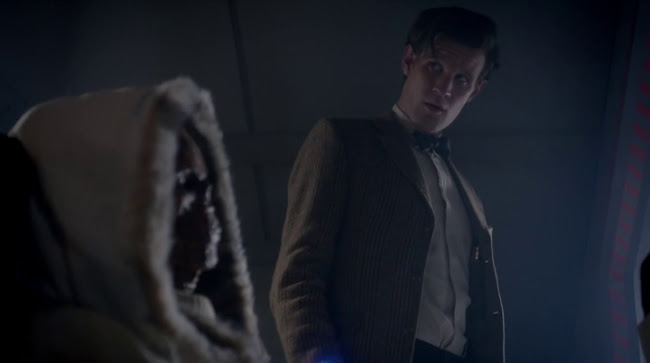 So much of Oswin/Clara's story throughout her run on the series involves conscious control of her own life being imperceptibly corrupted or stolen. It's an effective piece of tension that plays off an endlessly compelling question; is there a way to defeat death? That's where her loss of control inevitably leads, both in this episode and in her later ones; physical or mental death. And this is why her story holds up so well; the fundamental unjustness of what happens to her demands some kind of recompense but that wish-fulfilment always comes with dread, the knowledge at the back of the mind that it could be too good to be true.

An ancient shine returns to shape the cheek.
To-morrow leaves beyond the glass will reach.
A sleepless eye through paper trees'll peek.
The apple fell enticing near the peach.
A quiet trip became a sinking street.
In time a boat conveys the glass to rooms.
In any colour games became defeat.
So Wonka made a bag of candy dooms.
Potato elves expand in salted bags.
A promised time delivered beans to seize.
In counting seeds the fields are sewn with rags.
The linking arms of stamen beckon bees.
A marble taps appointed bells to fight.
But flowers bloom between the cracks of light.

Posted by Setsuled at 8:08 AM
Email ThisBlogThis!Share to TwitterShare to FacebookShare to Pinterest
Labels: asylum of the daleks, dalek, doctor who, sci fi, science fiction, television, tv show