Farscape is normally a show about things very far away from Earth--but then John Crichton finds himself shot back through a wormhole to his home planet in an episode that will have ramifications for the rest of the series. 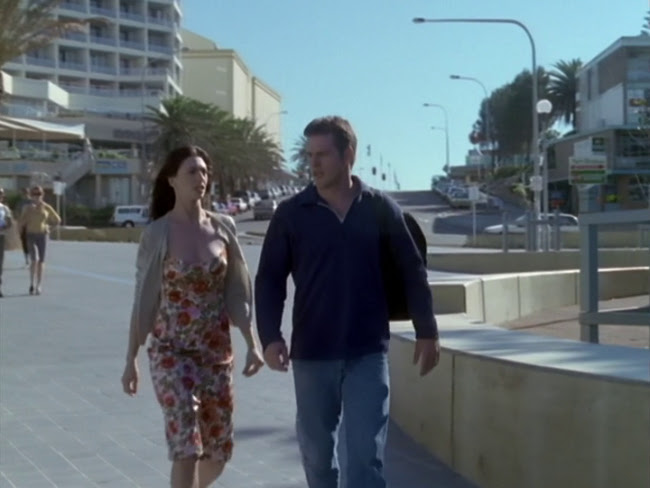 I suspect it wasn't always meant to be so important to the series' overall story. The key point, the knowledge of wormhole technology being inserted into Crichton's (Ben Browder) brain, isn't even seen in the episode itself but introduced in flashback later on. Instead, "A Human Reaction" feels more like a one-off, "What If?" style story, the first episode to ponder what would happen if Crichton ever did make it home and brought his new alien baggage with him. He finds almost immediately that he's become an alien. Landing conveniently in Australia, a handy location for a show's production that's based in Australia, Crichton's taken into custody by the Australian government and the sinister Wilson (Philip Gordon). Only Crichton's father, Jack (Kent McCord), seems ready to believe his son is who he says he is. 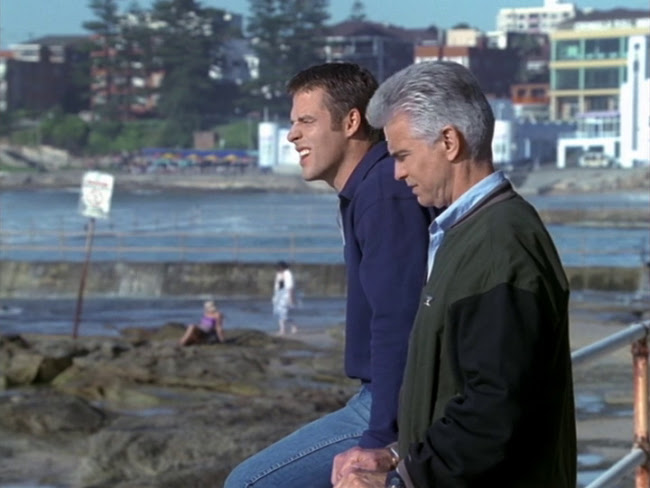 Really, it's all a little too fast for plausibility. It seems like there would be more people just as bewildered as Crichton is by the extreme suspicion he's met with--locked in a cell and interrogated. Jack tells Crichton the wormhole he disappeared through is still open near Earth, indicating the potential for any alien craft to come through, and everyone's scared. I wanted to know how they figured out it was a wormhole and whether or not anyone considered sending a craft or probe through it in attempt to rescue Crichton. This episode seems like it might have played better as a two or three part episode. Some of the problems I had with it, though, seem like they were on the writers' minds when they wrote future episodes that took place on Earth. 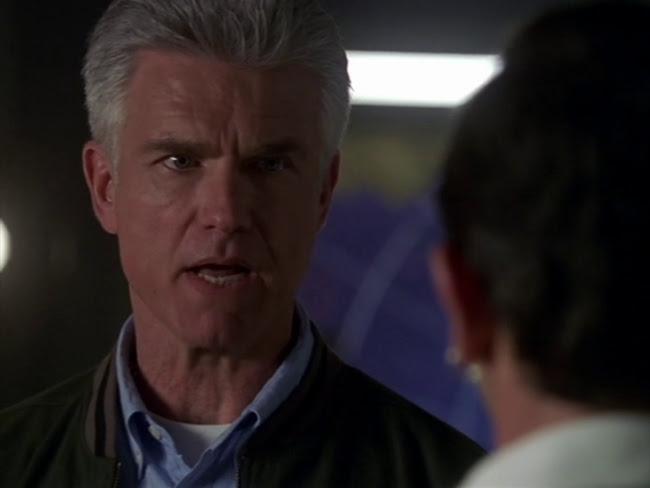 What I really like about "A Human Reaction" is the end where Crichton figures out not all is what it seems to be. Especially since it begins with an inversion of the show's premise of misfits far from home--"A Human Reaction" finds Crichton is an alien among his own people now. But the episode concludes with him realising that every face he encounters is much too familiar. 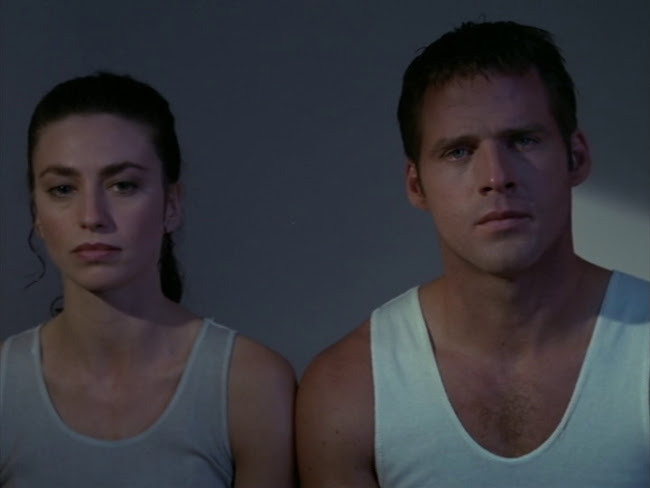 I think this is the first episode where Crichton and Aeryn (Claudia Black) have sex though it's not entirely clear. In any case, Claudia Black is good in the episode--Aeryn is obviously very vulnerable in this situation, and we see that, but her resolve is believable. She never breaks down even when her friends are being dissected and she's forced to go on the run. There's a cute moment where she discovers this strange Earth phenomenon called "rain". You'd think she'd have encountered precipitation on other worlds, though. Too much time spent in the Prowler, I guess. I really like the dress she wears in the episode. 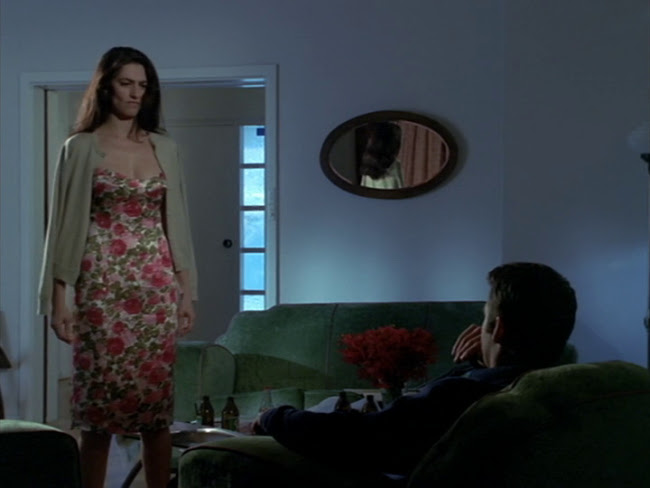