Kicked Out to Paradise 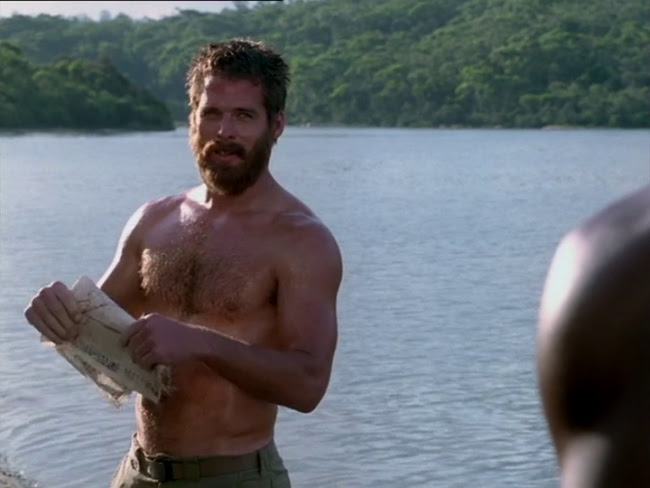 Crichton storms off of Moya in an extraordinarily infantile mood on Farscape only to witness the big ship take off without him. But that's just the beginning of his troubles. 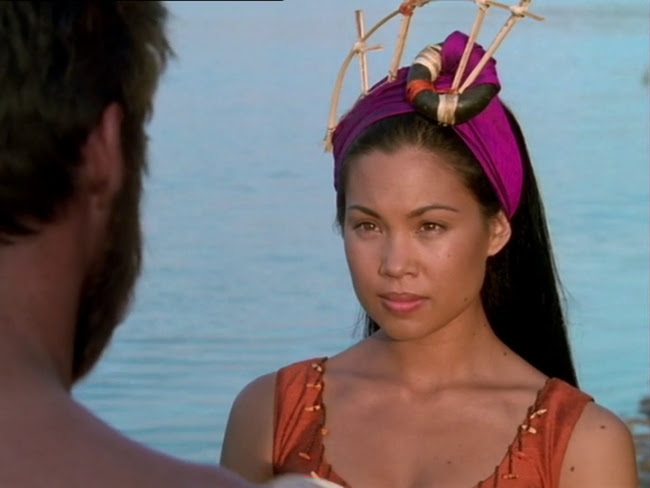 Natalie Mendoza, future star of Neil Marshall's excellent The Descent, guest stars as a potential love interest for Crichton (Ben Browder). Crichton is beefy and handsome and he's inflamed the jealousy of another beautiful man with sculpted muscles, Rokan (Kevin Copeland), who belongs to the same tribe as Mendoza's character. 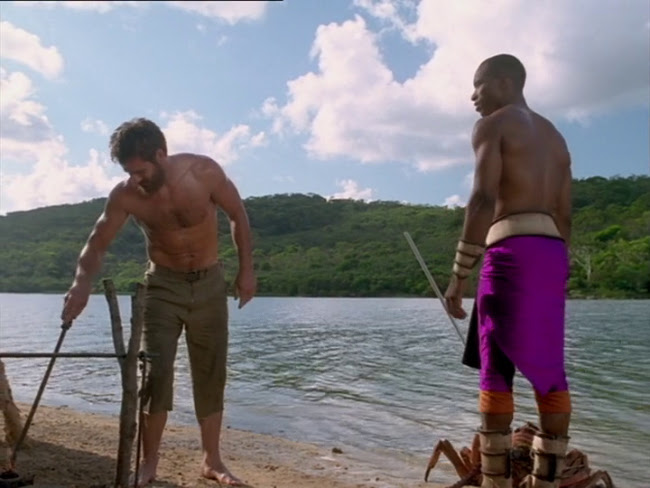 We find months have passed after the cold open and during the show's theme song and Crichton seems to have been living in paradise. He has beachfront property in a beautiful wilderness and his few neighbours are attractive and friendly. You can almost understand when he's kind of rude to D'Argo (Anthony Simcoe) when the Luxan and Rygel (Jonathan Hardy) finally show up to rescue him. Still, I think Crichton's pretty childish. We see that, surprisingly, it's D'Argo who'd been Crichton's advocate back on Moya and had insisted they continue searching for him. 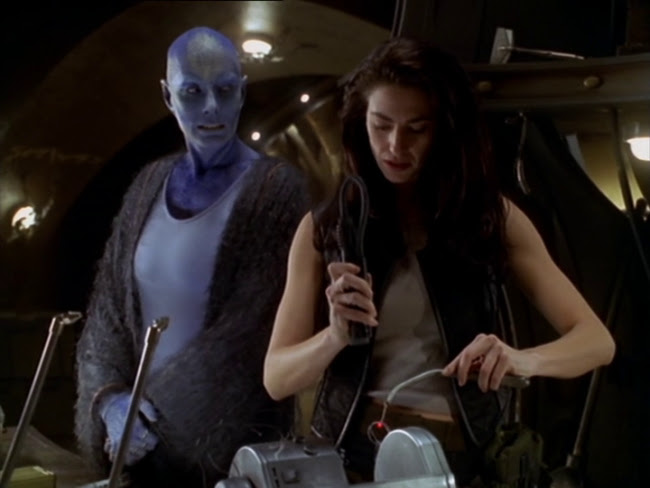 Zhaan (Virginia Hey) is for abandoning the search and there's discussion about her abandoning the practices and codes of behaviour of a priest. Now freed from what she, at this point, apparently regards as phoney benevolence, she seems to be testing the waters of unabashed selfishness. Even Aeryn (Claudia Black) is more outwardly interested in seeking Crichton. 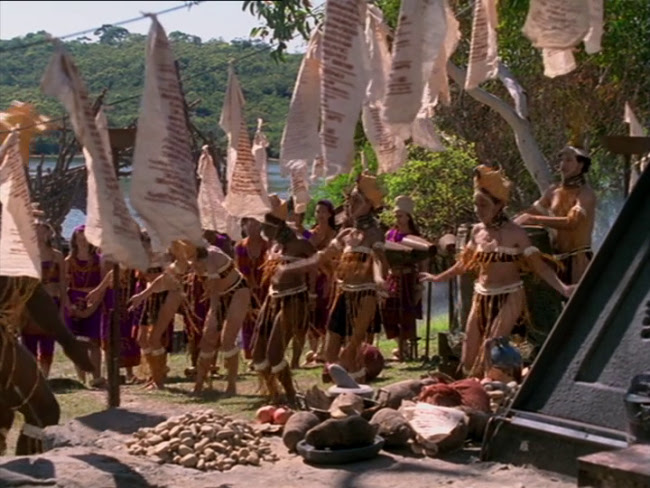 A lot of synopses spoil the surprise ending of this episode so I may as well talk about it--though, if you haven't watched this one yet, consider yourself warned now. 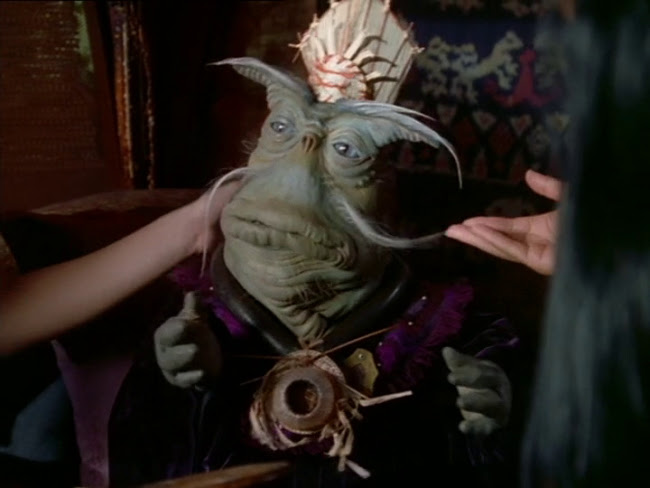 I guess if you live long enough in a Sci-Fi/Fantasy universe you're going to inspire an entire religion, which is what it turns out Rygel has done for the people of Crichton's paradise planet. Though it was actually Rygel X--our Rygel apparently being the sixteenth of that name--who sent out colonies with hidden devices that disabled their technology to keep them on their designated worlds--the same device which is now preventing Crichton's escape. This concept of a protagonist accidentally inspiring a belief system for generations does turn up in Science Fiction now and then, my favourite example being the Doctor Who serial called The Face of Evil. Mainly what I appreciated in "Jeremiah Crichton" was seeing actual evidence of Rygel's empire, something you'd think we'd see more of, though with the show's thematic focus on people forced to contend with life away from any cultural support for their self-perceptions, it makes sense that we wouldn't see any Hynerians or Hynerian subjects.

Episode 1: Pilot
Episode 2: I, E.T.
Episode 3: Exodus from Genesis
Episode 4: Throne for a Loss
Episode 5: Back and Back and Back to the Future
Episode 6: Thank God It's Friday Again
Episode 7: PK Tech Girl
Episode 8: That Old Black Magic
Episode 9: DNA Mad Scientist
Episode 10: They've Got a Secret
Episode 11: Till the Blood Runs Clear
Episode 12: Rhapsody in Blue
Episode 13: The Flax

Posted by Setsuled at 8:18 AM
Email ThisBlogThis!Share to TwitterShare to FacebookShare to Pinterest
Labels: fantasy, farscape, sci-fi, television, tv show