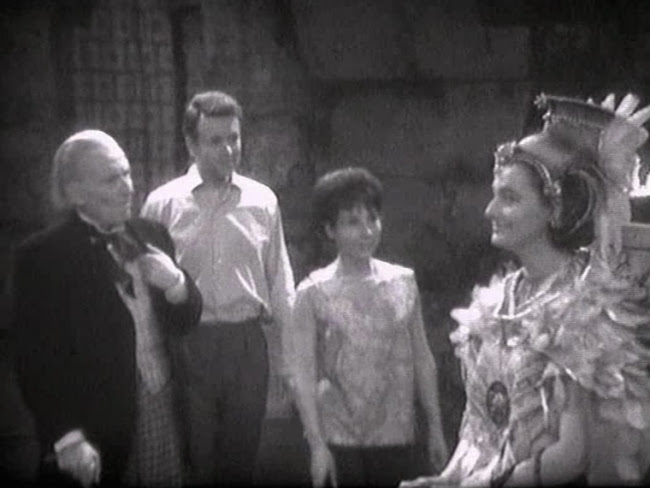 Barbara learns it isn't so easy to stop human sacrifices, even when she's taken for the reincarnation of a high priest, in the 1964 Doctor Who serial, The Aztecs. The only television story set in Mexico, it was written by John Lucarotti who had lived in Mexico and was fascinated with Aztec culture. The serial's Wikipedia entry and the entry in the TARDIS data core praise the serial for thorough research into 15th century Aztec culture on display. Yet the creators of the story seemed to have missed the simple detail that the Aztecs didn't call themselves Aztecs but Mexica. Still, it's a good story, justly remembered as one of the First Doctor's best. 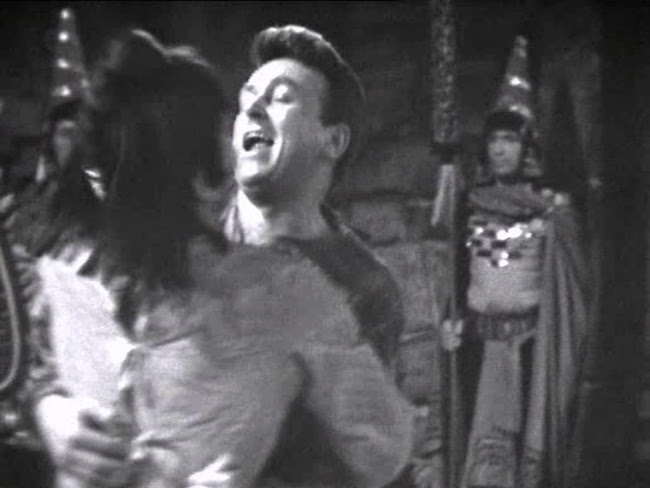 The fight scenes are extraordinarily good for any era of the series, particularly the first fight between Ian (William Russell) and the warrior Ixta (Ian Cullen), which is basically a grappling match. You can see the contest for control in both actors' bodies when Ian pulls Ixta's arm over his shoulder and Ixta slowly turns the position into a pin of Ian on a nearby table. 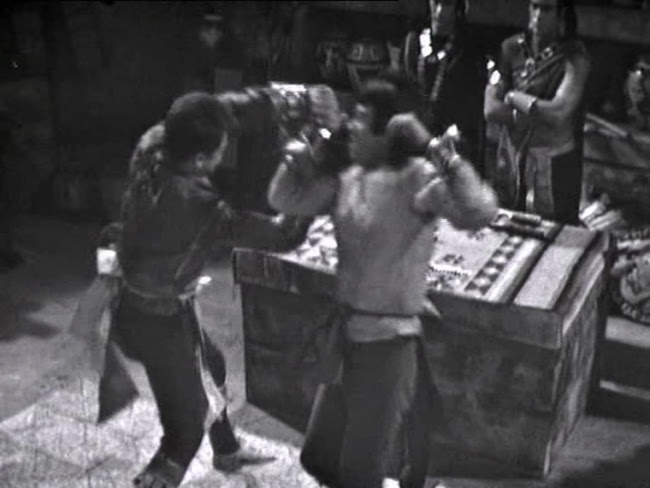 A climactic sword and shield fight between the same two men in the final episode is also very good but the grappling match effectively tells a story with bodies.

In the more cerebral part of the show, Barbara (Jacqueline Hill) struggles with her inability to alter Aztec culture, despite being accidentally taken for a priest's reincarnation because she emerges from a temple wearing the priest's bracelet. When Susan (Carole Ann Ford) says Barbara couldn't be the priest's reincarnation because she's a woman, Barbara points out that the physical form for a reincarnation needn't be so like the previous incarnation. Seems this human could teach a young Time Lady a thing or two about her own people. 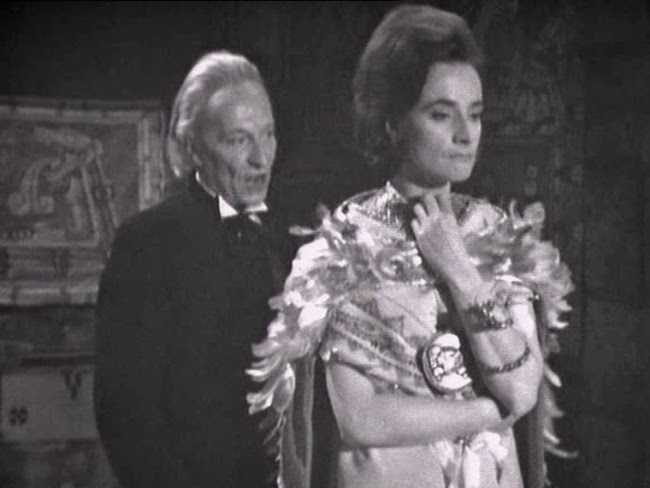 The Doctor (William Hartnell) is adamant that Barbara can't and shouldn't attempt to so drastically alter Aztec culture. I like how the serial shows the ways even such an obviously bad practice is inextricably linked with others, that you can't simply edit out one unpleasant piece of a culture without potentially disastrous, unintended consequences. Though, realistically, Barbara wouldn't likely be up against such an over-the-top villain as Tlotoxl, played with an amusing lack of subtlety by John Ringham, who brings the first episode to a close by wagging his arched eyebrows directly into the camera, promising the ultimate destruction of our heroes. 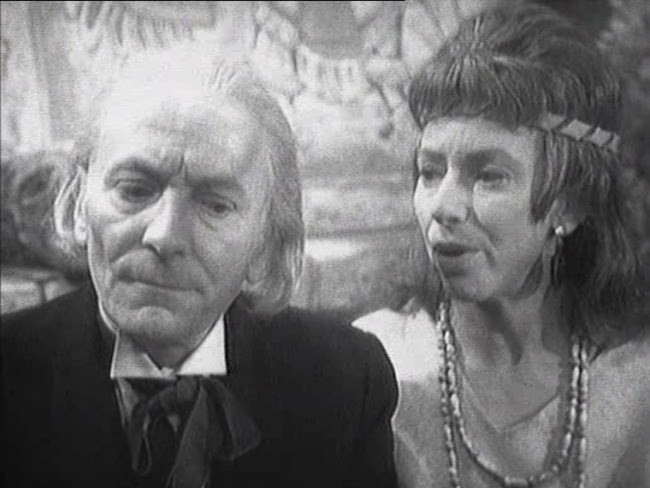 Meanwhile, the Doctor accidentally begins a romance with a woman named Cameca (Margot Van der Burgh), who mistakes his offer to share cocoa with her for a marriage proposal. It's sweet how the two of them instantly seem to be come a contented pair of aged retirees with the Doctor even daydreaming aloud about the two of them having their own garden. The final episode concludes the subplot abruptly with Cameca somehow sensing the Doctor needs to leave and taking it in stride. It might be fun to see a story where the Doctor encountered her again.

Expensive thirds would cost apparent halves.
The pillars paint the awning's lips with red.
The stairs beneath the scene'll pump the calves.
A million legs ascend when all is said.
The dough from dawn became a destined nut.
The sugar waits along the paper flow.
A surface sweet in powder form to glut.
The boxes thence to heaven pastries go.
A sweetened temple offers drinks to gods.
Tequila rounds appeared across the sky.
Tortilla tanks defy burrito odds.
In choc'late draughts we learned the reason why.
Agave treats the desert mind to thoughts.
Dessert reserves the cornless Coke for lots.