Old Songs Offer Another Glimpse Over the Treetops 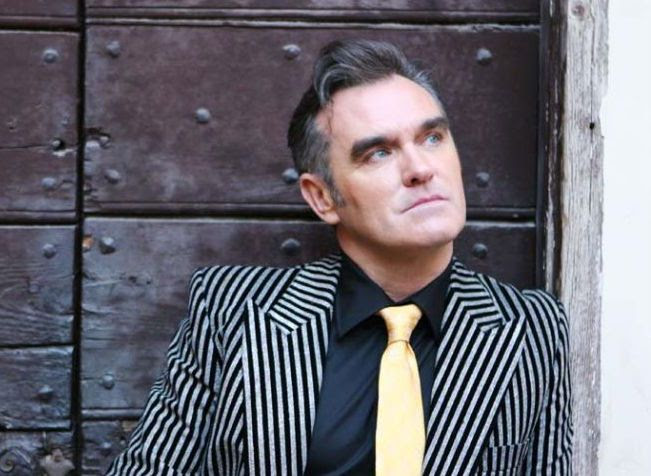 We've reached a time when songs that were once innocuous or liberal now express views many would consider dangerous or far right. This is the argument quietly made by Morrissey's new cover album, California Son, released yesterday to much frothing of mouths and gnashing of teeth by some of the most virulent Morrissey haters. Reading the reviews for the album has been more fascinating, though, for the ones that describe being perplexed by Morrissey's choices that seem self-evidently incongruous. This gave me hope. This, more than anything, confirms that Morrissey has achieved his goal; he's forced people to think.

Even many of the out and out negative reviews praise Morrissey's voice and he does sound fantastic, matching Roy Orbison pitch-for-pitch in a cover of "It's Over". Predictably, the The Guardian's short and snippy review denies the album is good even on a technical level. How can anyone really say Morrissey's crazy to think there are journalists with a grudge against him?

But over and over, from positive to mixed to negative, critics express confusion. What can it mean that the man who supports For Britain would cover Joni Mitchell and Bob Dylan? "Morrissey’s Covers LP ‘California Son’ Shows Off His Golden Voice, Perplexing Politics" is the title of the Rolling Stone review. The Guardian reviewer says, "Quite why Morrissey has decided to record an album of protest-adjacent covers at this point in his career is unclear," despite chiding the singer for having a predilection for trolling.

Then there's the conflicted review at A.V. Club which can't understand why this purportedly right winged monster would so beautifully cover Bob Dylan's "Only a Pawn in their Game", the most brilliant choice on the album in terms of making a political statement. Anyone who denies the relevance of the song's lyrics to to-day's political arena is in a deep ideological trance.

A South politician preaches to the poor white man
"You got more than the blacks, don't complain
You're better than them, you been born with white skin, " they explain
And the Negro's name
Is used, it is plain
For the politician's gain
As he rises to fame
And the poor white remains
On the caboose of the train
But it ain't him to blame
He's only a pawn in their game

The Bob Dylan song is about the assassination of the black civil rights activist Medgar Evers' by a racist white man. The Rolling Stone review even takes a swipe at Dylan's original, suggesting it "absolves the killer's racism". There's another point of view on how this song would make sense for Morrissey, though. For his views on halal animal killing and his support of For Britain he's been called anti-Islam despite his flat out denial of this and the fact that he's written songs like "I Will See You in Far Out Places" and "Asian Rut". Despite being closely associated with his home town of Manchester throughout his career, no-one seems to take into account how the 2017 suicide bombing at an Ariana Grande concert in Manchester may have influenced his point of view. If you adapt the lyrics for the perspective of that assassin you can see that there are other ideologies that compel their human pawns to horrific acts. Which again fits with the album's theme of people misled by poorly reasoned philosophies but the point is that these killers are as human as anyone else. And if it was recorded by Morrissey with the Manchester killer in mind it's no more a criticism of Islam as a whole than the Dylan song was a criticism of Christianity or southern U.S. culture. Any listener who automatically draws the conclusion that it is reveals his or her own lazy thought processes.

And the album justifies the praise for its technical brilliance. Morrissey's voice is in top form.

Posted by Setsuled at 9:07 AM
Email ThisBlogThis!Share to TwitterShare to FacebookShare to Pinterest
Labels: california son, morrissey, music, politics