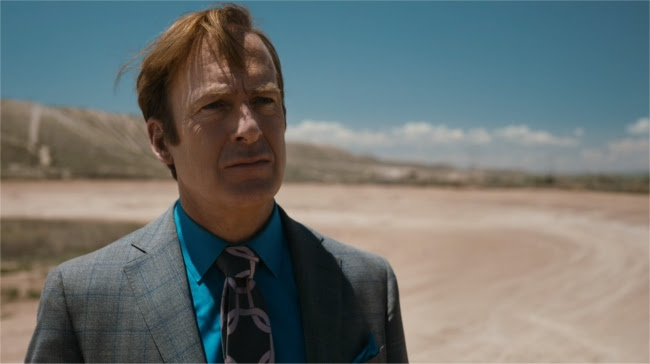 Now the DEA's involved and some familiar faces returned on last night's new Better Call Saul. I've generally found the show less interesting when it shifts into "pieces falling into place" mode but it was nice to see Hank and Steven again.

A meeting between Saul (Bob Odenkirk) and the two DEA agents occurs after the Nacho (Michael Mando) plot and the Saul plots finally converge. It doesn't make Nacho any less boring but the arrangement between Saul and the Salamancas shows how he gains the relationship with Albuquerque organised crime we see him enjoying in Breaking Bad. It also establishes his familiar relationship with Hank (Dean Norris). 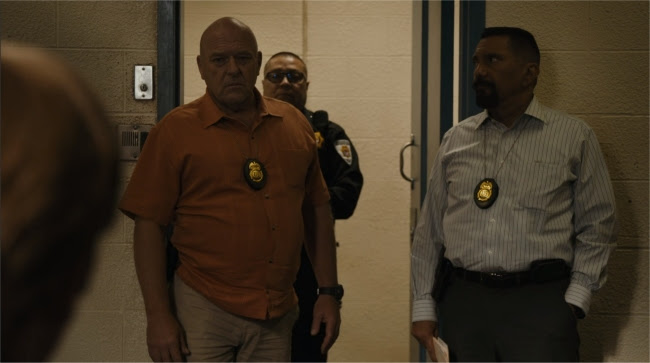 Norris seems happy to stretch his legs again playing Hank and the dialogue, which, frankly, isn't great, gains a lot of sparkle when delivered by Norris. He calls bullshit on Saul's tactics for, on retrospect, not very good reasons but Norris sells it. Though even he can't sell the "s'all good, man" phoney etymology for Saul's name. The show continues trying to retcon the dodgy original motivation for the pseudonym, that Jimmy wanted people to think he was Jewish, and the harder the show tries to escape that, the more forced it feels. It's a shame, too, because the original name had so much nuance--"Saul" being the first king of Israel who fell from grace and "Good man" being such an on-the-nose announcement of one's own virtue, it's a name perfectly concocted for tragedy. 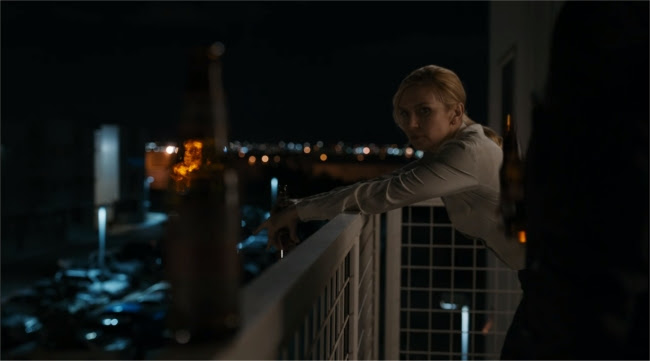 But let's get to the good stuff--as usual, it's the relationship between Kim (Rhea Seehorn) and Saul. We watch Kim trying her hardest to play by the rules with a stubborn homeowner, his property weirdly isolated in the Mesa Verde development. She's experiencing a concurrent struggle to Saul's, but maybe she's holding onto virtue a little harder. The beer bottle scene at the end, when she starts defiantly tossing beer bottles off the balcony after Saul was only contemplating it, shows there's a part of her that still wants to go to the dark side, too. 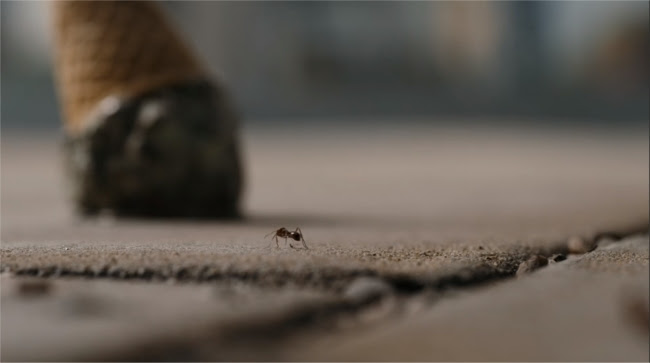 This worked as one of the episode's nice visual ideas along with the weirdly isolated Mesa Verde house and, the best, the ants eating Saul's abandoned ice cream cone. The effect of this was diminished a bit by some particularly bad foley--ants do not make so much noise--but it was still fascinating watching the ants obey their instincts and swarm the ice cream. How hard is it for humans to fight their own nature?