The Many Paths of the Wormhole 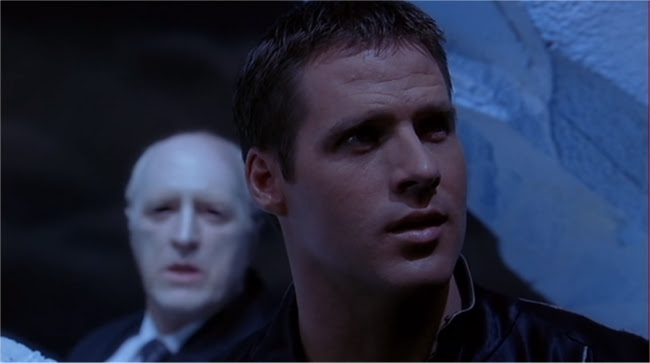 It turns out wormholes aren't just about crossing distance on Farscape but time and alternate timelines, as well. Crichton learns this essential lesson in an outstanding episode. 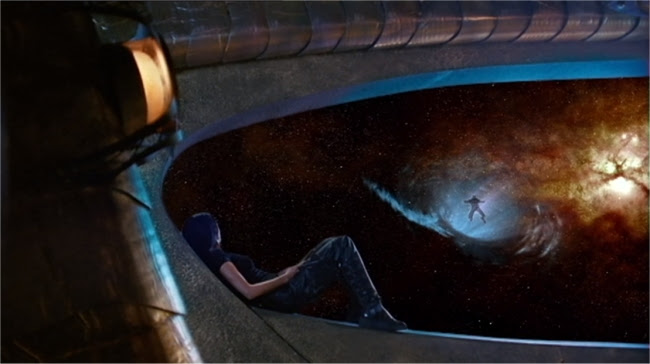 Engaged in the questionable exercise of floating, E.V.A., near a wormhole, Crichton (Ben Browder) gets sucked in after Pilot (Lani Tupu) mysteriously fails to deploy the docking web. Incidentally, I love that alternate term for a tractor beam. Docking web. It's very Farscape to reinterpret a familiar Sci-Fi concept as something gooey and organic. 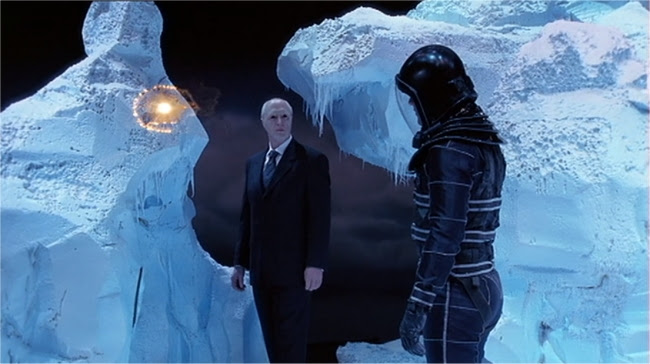 John ends up in a mysterious realm, apparently on a little piece of ice on a vast, dark sea. With him is a being he calls "Einstein" (John Bach), one of the wormhole aliens, now gauging again if John is worthy of surviving with his wormhole knowledge. We, along with Crichton, are treated to disjointed, documentary style interview clips of people from his past. 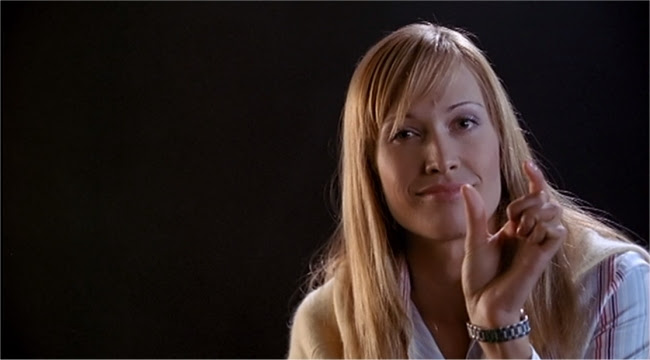 In one series of clips, everyone will say something nice about Crichton, in another, they only have bad things to say, and in another, the same people can barely remember him. This culminates in Crichton experiencing alternate versions of his comrades in moments from past episodes.

Einstein informs him that these things aren't illusions but all complete realities which he might become a part of if he lingered long enough. In order to successfully escape the wormhole, he has to find the right place and the right time. So, within the story, the wormhole acts as an illustration of how reality might be reshaped by perspective. In reliving a moment from the first episode, John already knows who D'Argo (Anthony Simcoe) and Zhaan (Virginia Hey) are and it changes the nature of the encounter (despite old clips being used). The alternate presentation of opinions of Crichton would seem to indicate that he is a different person. But is he? 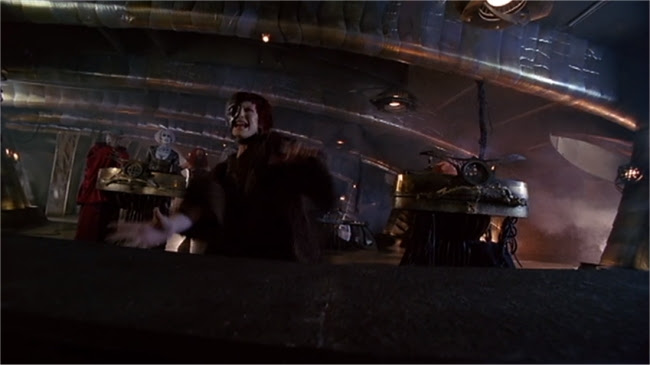 The creepiest alternate reality is a version of Earth, many years after a Scarran takeover. Ben Browder wears subtly Scarran-ish makeup and his father has been replaced by a slightly human looking Wayne Pygram, who normally plays Scorpius. The scene has a real Twilight Zone eeriness while at the same time kind of demonstrating Scorpius' point about the Scarrans. 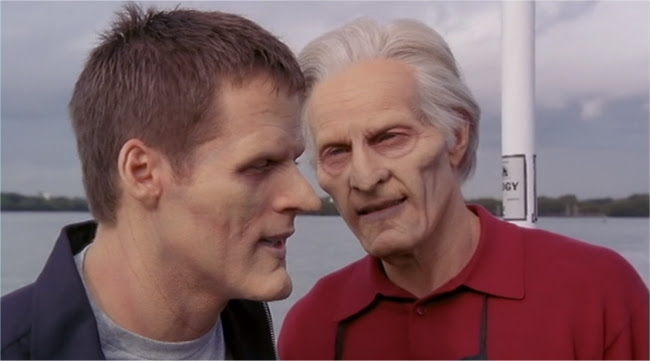