The Disunited Thrombeys of America 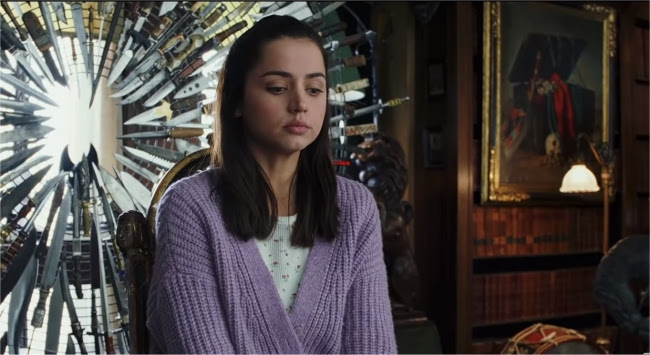 2019 was a big year for films about a servant class rebelling against the bourgeoisie. Rian Johnson's Knives Out presents an allegory for U.S. immigration policies and changing racial population in the form of a drawing room murder mystery. Like a Soviet propaganda film, its villains are broad caricatures and its heroine is intensely adorable and earnest. Even so, the screenplay must have seemed exquisitely clever to those who agree with the film's politics. Johnson tidily marries his simplistic political argument to an ensemble mystery that seems to draw on various pulp detective stories. I was most strongly reminded of the excellent 1961 Hammer film Taste of Fear.

For the record, I have nothing against immigrants, even necessarily illegal immigrants. I've personally met illegal immigrants who work very hard at difficult and compassionate jobs. I don't think the issue is as simple as the movie thinks it is but even saying that makes me sound a little like the character played by Don Johnson in the film, one of several strawmen Johnson sets up to make any argument contrary to his own appear foolish or racist. 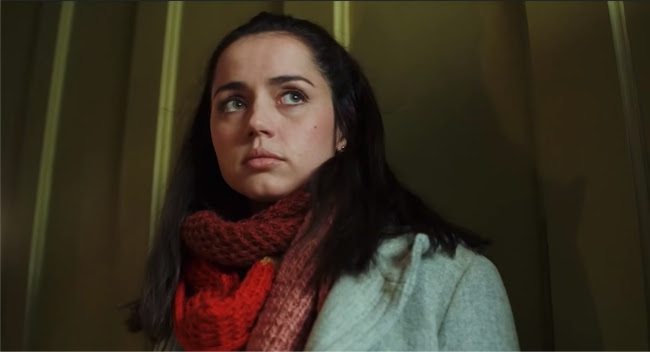 The film centres on the always charming Ana de Armas playing a nurse named Marta. She works for a famous, very wealthy, mystery author called Harlan Thrombey (Christopher Plummer). Marta is alarmed when she accidentally mixes up Thrombey's medication bottles and she tearfully tells him he has only ten minutes to live. Because Thrombey sympathises with her and her illegal immigrant mother, he quickly devises a way for her to escape any blame and thus any undue attention being called to her mother's immigration status. But soon after Thrombey's death it turns out he had even more reason than that for Marta to look innocent; he'd recently changed his will to leave everything to her, cutting out all his children and grandchildren, a series of cartoonish depictions of rich white people played by famous actors. 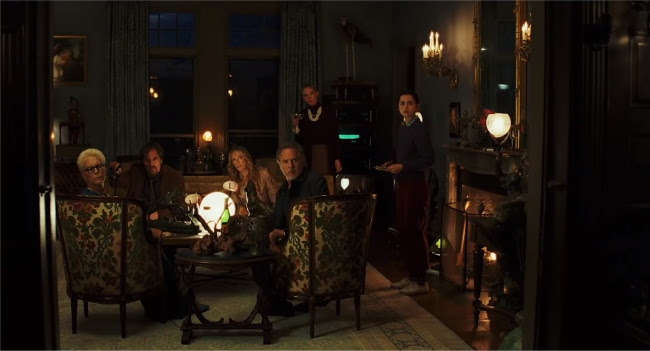 Marta sets an impossible standard of purity. She's more a demon of Rian Johnson's politically nurtured self-hatred than a genuine depiction of an immigrant worker, or human being of any occupation or background. Marta is so absurdly pure that she becomes physically ill and pukes whenever she attempts to lie, something that Johnson utilises for sight gags as well as for plot mechanics. How can Marta conceal her part in Thrombey's death if she can't lie? It's Thrombey who quickly devises a script for Marta to navigate questioning from a famous detective called Benoit Blanc (Daniel Craig). 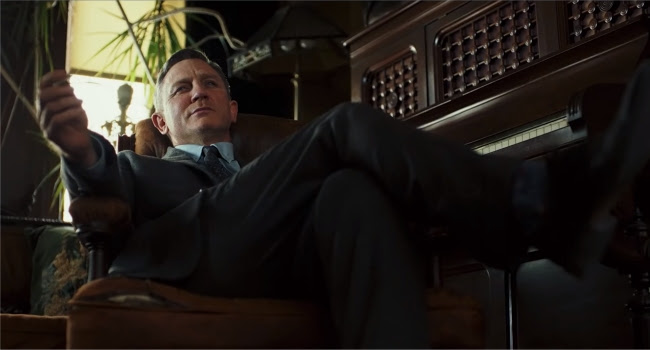 I won't reveal the film's twists or turns but if you remember Johnson's politics you'll easily guess which characters are Marta's true allies and which are only pretending. Chris Evans as one of the disinherited Thrombeys calls his cousin, Meg (Katherine Langford), an SJW so you can pretty easily guess a thing or two about him while Meg, of course, turns out to be the most sympathetic of the Thrombeys, after Thrombey himself. Perhaps it's natural that, among the white characters, the good ones in Johnson's opinion are the writer and the superhero detective.

Sadly, the nature of their roles deprives Jamie Lee Curtis, Michael Shannon, Toni Collette, and Don Johnson, as Harlan Thrombey's offspring, the opportunity to give interesting performances. Ana de Armas has to maintain the impression of complete incorruptibility, the implication seemingly being that if she has a moment of moral weakness or inclination to mischief this would somehow disqualify her from inheriting this country, I mean, the Thrombey estate. Puritanism tends to sound much better when it's only a fantasy.

Posted by Setsuled at 12:21 PM
Email ThisBlogThis!Share to TwitterShare to FacebookShare to Pinterest
Labels: knives out, movies, mystery, rian johnson