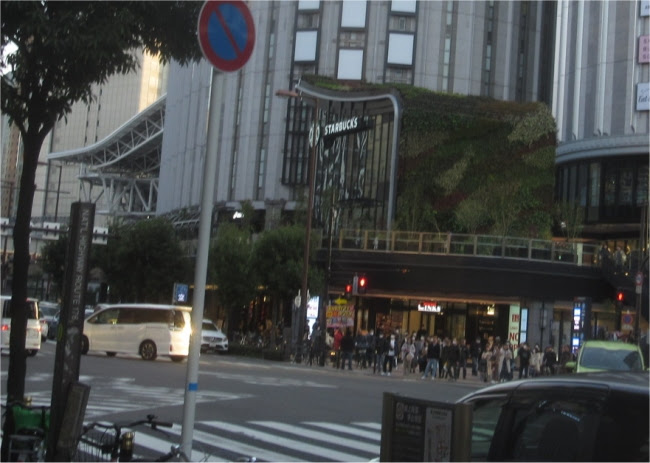 Can you spot the camouflaged Starbucks in this photo? I had my morning coffee there. Walking and drinking or eating in public is traditionally frowned on (though some young people do it) in Japan so I had to sit and gulp down the whole thing there. Fortunately, I was the only customer there.

I guess I made into Japan just in time, it seems they're not letting Americans in anymore. Hearing stories from friends and family about the lockdowns is a bit surreal. The idea of living in Japan has been for so long something I could only imagine and now that it's real the idea of living in the U.S. has become something I can only imagine. I suppose things will likely change in Japan, too, but, then again, maybe it won't get as bad here. It seems terribly unfair that a country like Italy may be suffering due to a culture that's more comfortable with casual physical contact while Japan is benefiting from a culture that avoids it. Mind you, I rather like not having to shake hands with everyone and I love how people respect other people's personal space here. But I generally had the sense that there was something psychologically beneficial about Italian culture.