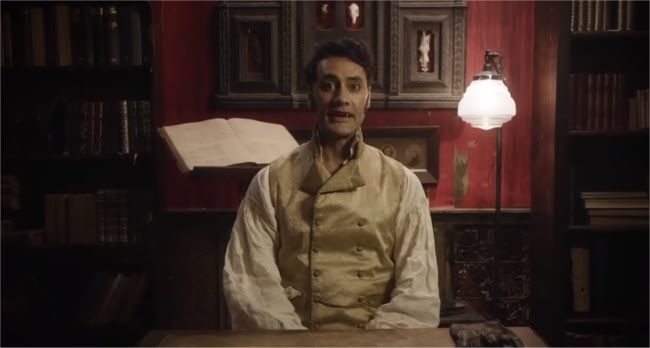 I watched three movies on the fourteen hour flight from Dallas to Tokyo. Why sleep when there's a surprisingly robust selection on the screen on the back of the seat in front of me? Of the three, only 2014's What We Do in the Shadows I hadn't seen before. An entertaining film from the heyday of single camera, Office-style mockumentaries, directors Jemaine Clement and Taika Waititi conjure the every day undeaths of a few loser vampires with uncanny clarity.

Clement and Waititi play two of the vampires. Waititi is first introduced, rising from his coffin washboard style, like Nosferatu, an obsequious smile and anxious glances at the camera modifying the effect. He's a fussy sweetheart who often doesn't seem to quite read a situation accurately. He doesn't understand why he can't dress as Blade to a vampire party. 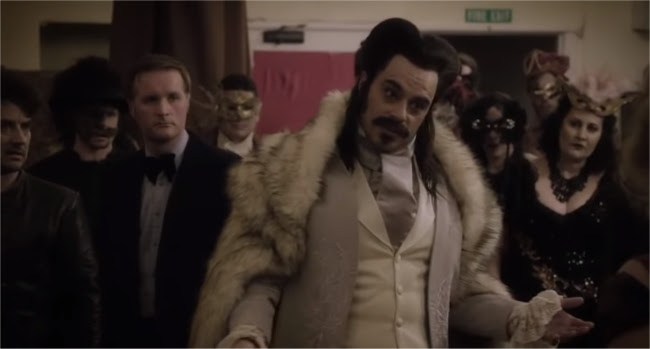 Clement's character is more like a reimagining of Gary Oldman's Dracula if said character were a thirty something, perpetually dwelling on his teenage glory tears playing Vampire Masquerade. Mostly he looks like an unkempt version of the sexy young Dracula who seduces Mina in the Francis Ford Coppola film but Clement dons an incongruous lumpy wig like the older version for one scene in the film. The other vampires similarly seem to have no clear awareness of their lack of cool to camouflage their true natures as horny geeks. Jonathan Brugh plays Deacon, a vampire whose relationship with his human thrall (Jackie van Beek), who procures supposed virgins for the group, is hilarious. 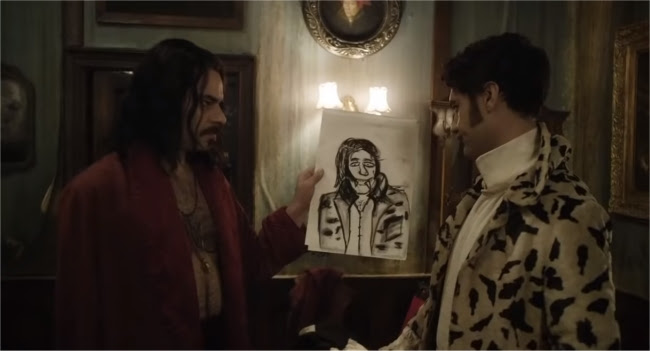 Like The Office or The Thick of It, the comedy does give way to some drama. In this case it's a rivalry with werewolves which dips into genuine horror when they don't seem like a gang of bar hoppers. The comedy earlier in the film successfully endears the characters to the viewer and the surprisingly good special effects combine with the unexpectedness of the horror to make it all very good.

Posted by Setsuled at 6:11 AM
Email ThisBlogThis!Share to TwitterShare to FacebookShare to Pinterest
Labels: comedy, horror, movies, what we do in the shadows