The Noodles are Fine 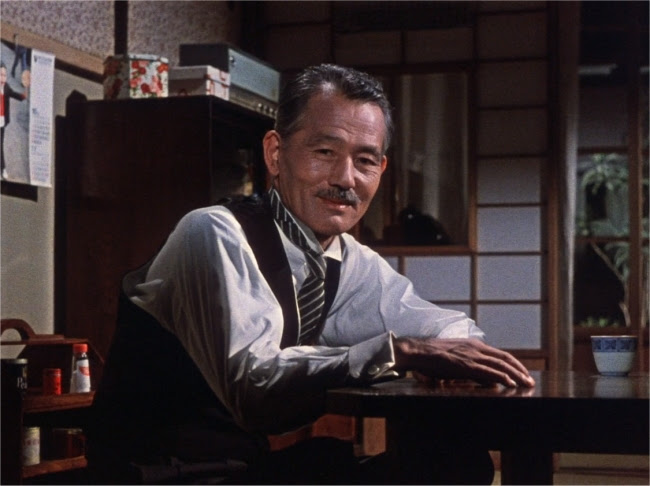 Beneath the surface of even the most harmonious society we may find a fundamental truth of human existence; inevitable psychological isolation. This is deftly conveyed in Yasujiro Ozu's final film, 1962's An Autumn Afternoon (秋刀魚の味 "The Taste of Sanma"). The simple events in the life of one family and their friends are portrayed smoothly, with little apparent emotional pain, yet every scene also somehow makes plain the temporary, illusory nature of life's comforts, even as it acknowledges their beauty and necessity.

The ensemble story is more or less centred on Shuhei Hirayama, an older man played by Ozu regular Chishu Ryu. Ryu again brings his unique talent for conveying complete, calm, affability simultaneously with an undercurrent of gentle disappointment. We find him at a regular reunion with school chums at which they've invited one of their favourite teachers, a Chinese literature professor they've knicknamed "The Gourd" (Elijiro Tono). Amid the drunken discussion and laughter, the Gourd is the first to comment on how each person really spends life alone. 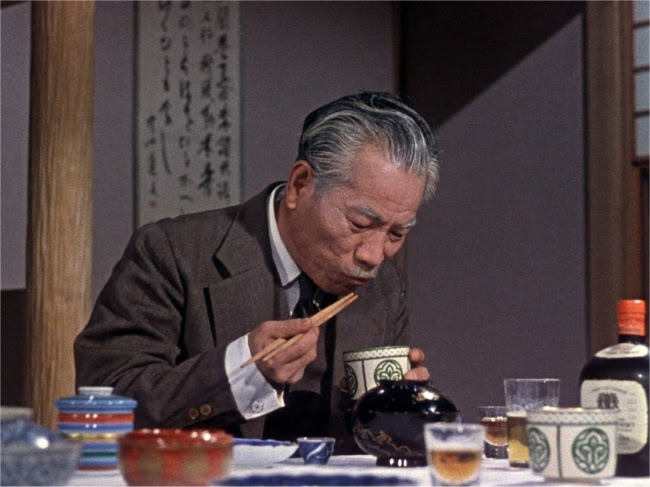 The course of his life may have brought him forcibly to this observation. Once a respected teacher, his financial difficulties have compelled him to open a cheap noodle shop in his old age which he runs with his daughter (Haruko Sugimura) who is herself now past a marriageable age. 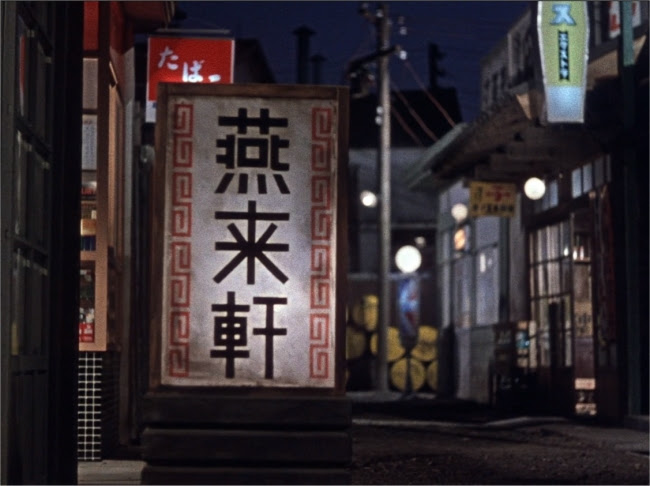 Daisuke Kato has a small role as a man who wanders into the noodle shop and recognises Hirayama as his captain from the battleship he served on in World War II. Not realising the proprietor of the noodle shop is an old mentor of Hirayama's, Kato's character casually informs Hirayama that the food is terrible there and insists on buying him a meal elsewhere, an invitation courtesy compels Hirayama to accept. This bind enforced by custom is almost immediately contrasted with a trampling of custom when, in another bar, captain and former subordinate hear a familiar military tune on the radio and Kato's character stands to mock the way Japanese soldiers were once compelled to march and salute. 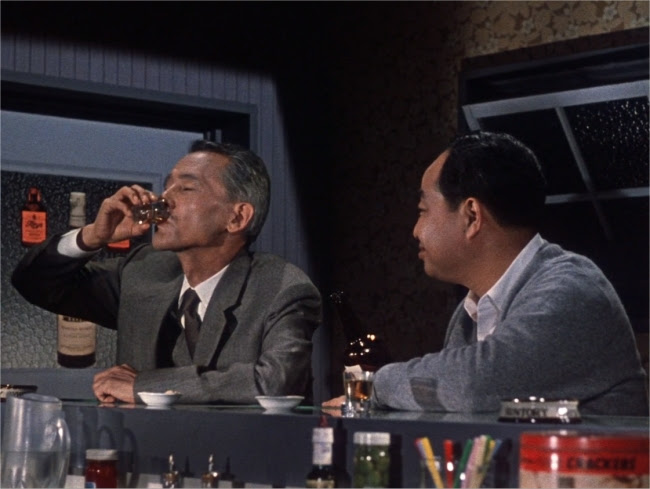 Hirayama amiably concedes it was probably a good thing Japan lost the war. Meanwhile, he starts to think about the welfare of his own daughter, Michiko (Shima Iwashita), who, at 24, is almost past the marriageable age, like the Gourd's daughter. 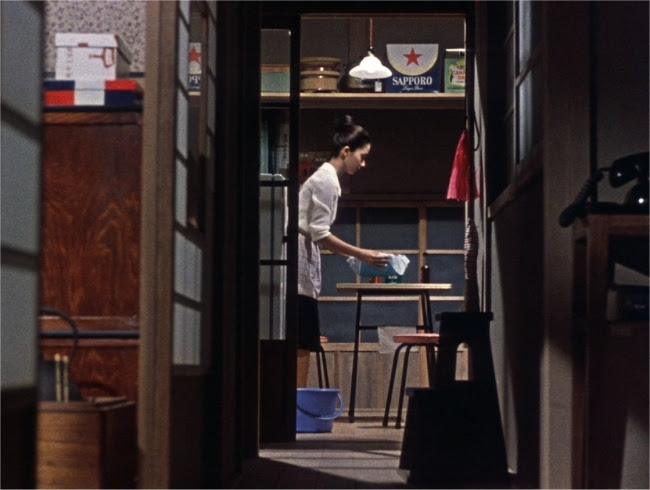 This is ground Ozu has already covered well in Late Spring with Chishu Ryu playing another man in a similar position. But in this case, he won't be left by himself because he also has a 21 year old son (Shin'ichiro Mikami) still living at home. But the film shows subtly but clearly how the three Hirayamas are isolated by their own needs and complex, sometimes suppressed, sometimes unexamined desires. 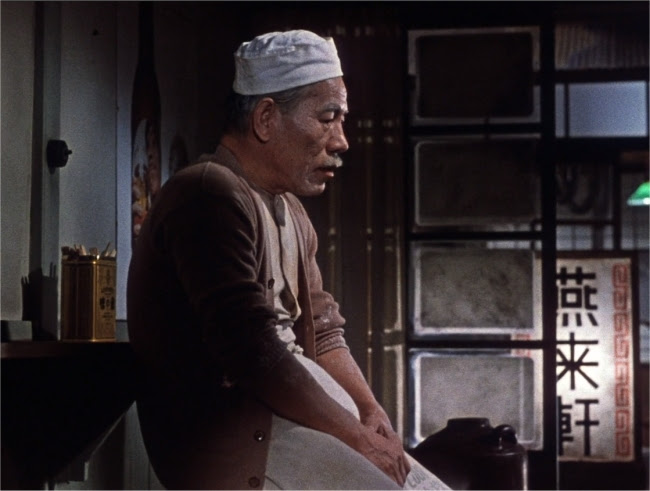 This might have made a good film if all this were conveyed with dramatic confrontations, yelling, and throwing of plates and lamps. But the film consists entirely of polite conversations and Kojun Saito's blissful, almost bossa nova score. It's not quite like the tightening constraints of a Naruse film. Ozu touches his subject so delicately that the impact gets deep under the skin in ways you might not even immediately realise until hours after the final frame. Ozu's greatest films, Late Spring and Tokyo Story, have climaxes with clear, devastating meaning. The meaning at the end of Autumn Afternoon is conveyed by a cross hatch of very innocent comments and circumstances. It's a beautiful reveal of reality's inadequacy.

An Autumn Afternoon is available on The Criterion Channel.