A Girl with Metal Hands 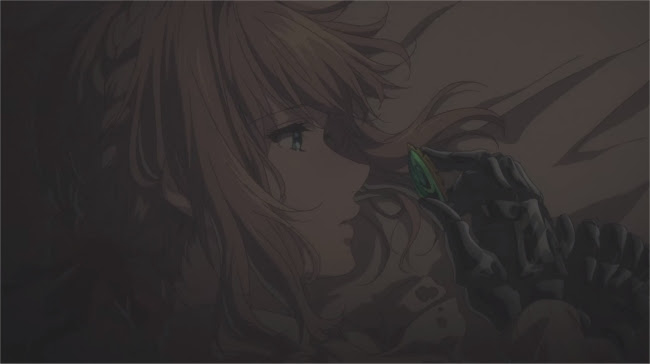 I've been living in Japan for almost two months now and I've hardly been watching any anime. I decided to fix that and started watching 2018's Violet Evergarden a few days ago. A steampunk-ish shojo series, it's one of the more popular shows from recent years and I was happy to see it has good animation and design. This should come as no surprise since it's a product of Kyoto Animation, or KyoAni. One of the reasons I chose the series was because of the horrific arson attack suffered by the studio last year not far from where I now live. Of the 36 people who have died so far (some of the injured are still in critical care), several worked on Violet Evergarden. The studio is also known for The Melancholy of Haruhi Suzumiya, a series I'm a big fan of.

I was always aware that hotel rooms, apartments, and shops were generally smaller in Japan than in the U.S. but having experienced it firsthand has made me become very aware of how often I see very large interior spaces in anime. 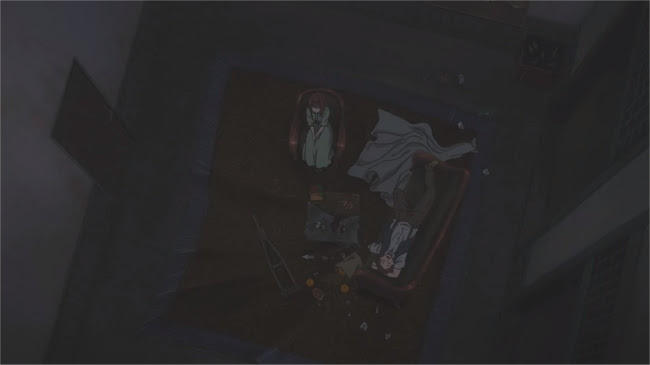 Maybe people in Japan like to fantasise about large living spaces. Violet Evergarden is also a Japanese fantasy about the West, apparently set in an alternate reality Edwardian era fictional country. The written language looks sort of like English but not quite. 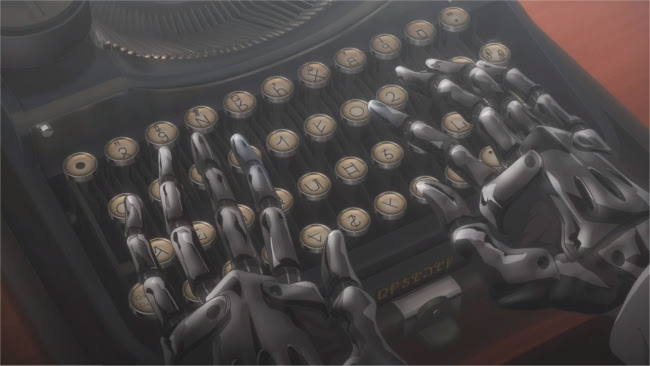 And there are, of course, pieces of advanced technology, the most notable being the mechanical arms of the series' heroine, Violet (Yui Ishikawa). 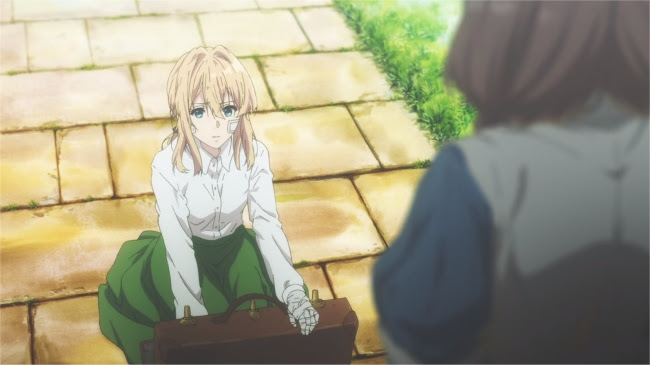 We see her lose her original arms in extremely bloody flashbacks. She lost them in the course of her duty as a soldier protecting her superior office, a major named Gilbert (Daisuke Namikawa), who nonetheless perishes, but not before telling her that he loves her. The story hints that Violet is some kind of artificial lifeform or a clone bred for war, in any case, she seems cold and has difficulty accessing emotion. To find out what the major meant by "love", she takes a job as an "Auto Memory Doll", women who work as ghost writers for personal letters. 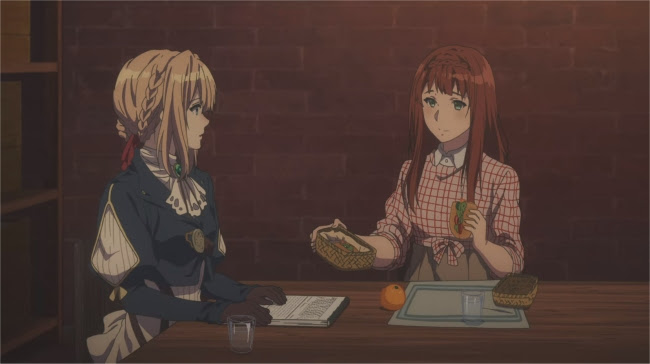 So Violet is definitely a character type, one that goes back to Rei Ayanami on Neon Genesis Evangelion; the young, unemotional woman. But her background as a soldier gives the stock type a different context. It's hardly strange someone would have trouble reconnecting with normal life after the war though I'm starting to suspect this type of character holds fascination for Japanese audiences because the work ethic here compels people to give total focus to their jobs, even if their jobs don't require it. So in an empty department store, you don't see employees chatting, even if there are no customers. Employees stand and wait patiently. 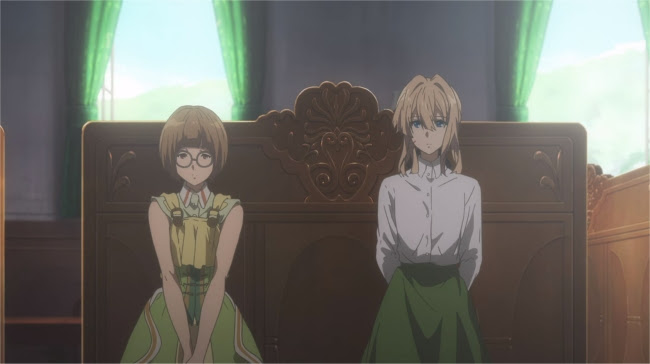 Unsurprisingly, Violet isn't very good at transcribing the feelings of her clients at first but by the third episode her subdued feelings yield an unexpected advantage in distilling emotions to an elegantly simple message. It's all very sweet and well animated.

Violet Evergarden is available on NetFlix in the U.S. and Japan.