The Population Who Waited 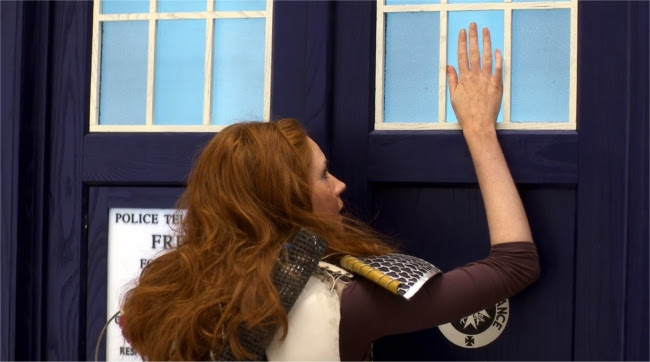 Some would say quarantine feels like stepping out of time. Of course, that's pretty much what happens to Amy Pond on the Doctor Who episode "The Girl Who Waited". From the Eleventh Doctor's second season, it's a story with a very strong set up and a heartbreaking conundrum as its climax.

Everything starts innocently enough--they step out of the TARDIS and find two plain rooms. But a simple mix-up with buttons and Amy (Karen Gillan) ends up in a special quarantine for people with the "Day Plague"-- a plague that kills people in a day. So victims are put in a special isolated dimension where they seem to live for years despite never needing food and water and communicate with their loved ones through a special looking glass. 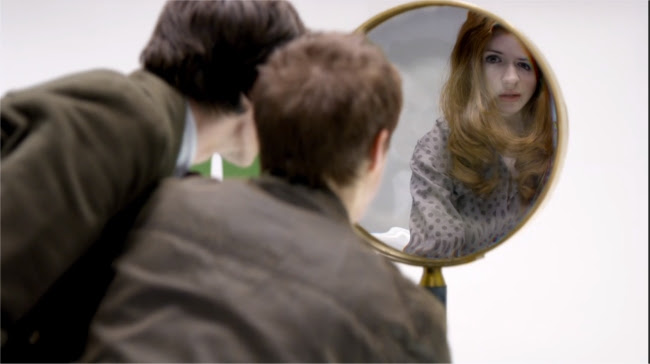 This may be a subtle Alice in Wonderland reference, particularly since another scene features Amy choosing a door that leads into a beautiful garden.

Too quickly for the Doctor (Matt Smith) and Rory (Arthur Darvill) to find a solution, Amy turns 36 years older with a whole history of past experiences and bitterness at being left alone. 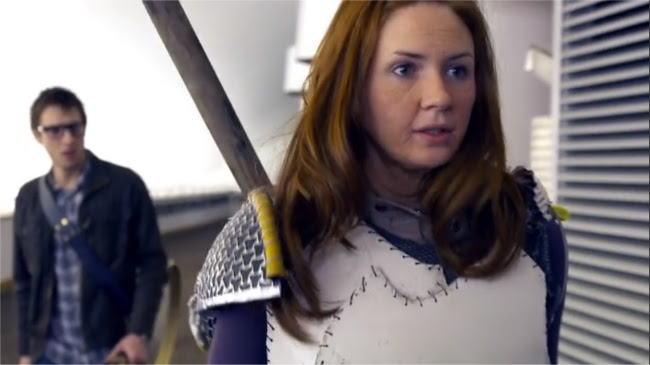 Now that I think about it, this episode works a little as a development of ideas in "School Reunion". When older Amy is confronted with her younger self, the two have a sweet conversation about how a loved one's face comes to embody their personality. And anyone who's loved someone knows this is true though there's no real delicate way to say it. That is, someone you love appears beautiful regardless of any objectively beautiful attributes they may or may not possess. And yet . . . 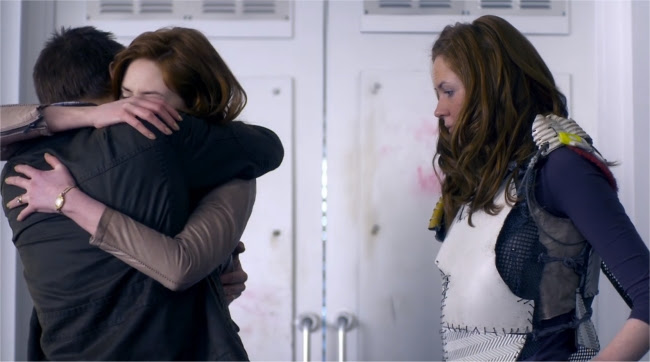 Rory clearly, instinctively prefers the younger Amy. He says older Amy's age doesn't bother him, it only bothers him that they didn't grow old together. But older Amy's experiences are reflected in her looks and demeanour, she's in a very different place from him. It was always Rory's biggest flaw, and supposed virtue--he's just too normal for someone like time hardened Amy. 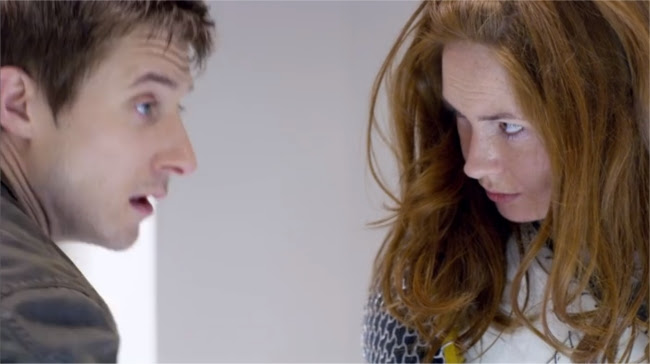 Naturally only one Amy can live which leads to a really powerful scene of decision the characters are forced to make. It's amazing, the guts this show used to have.

Posted by Setsuled at 4:26 AM
Email ThisBlogThis!Share to TwitterShare to FacebookShare to Pinterest
Labels: doctor who, television, tv show