Just How Much Good is a Gun? 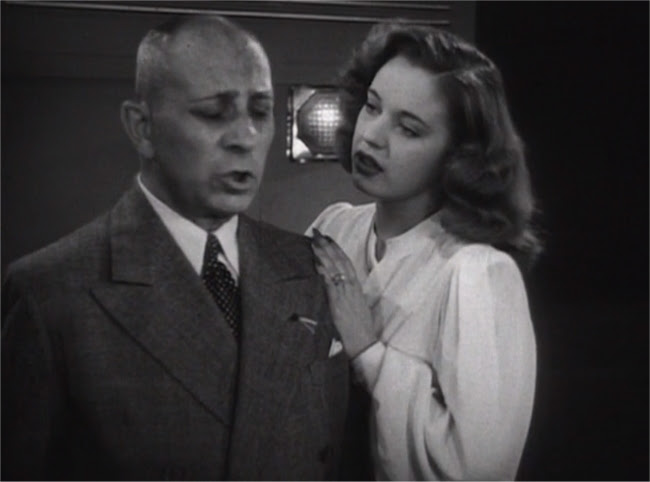 Even for the most adept femmes fatale, it can be dangerous to break the heart of an expert marksman. But Mary Beth Hughes does it anyway in 1945's The Great Flamarion, a good low budget noir from Anthony Mann, a director more associated with Westerns. 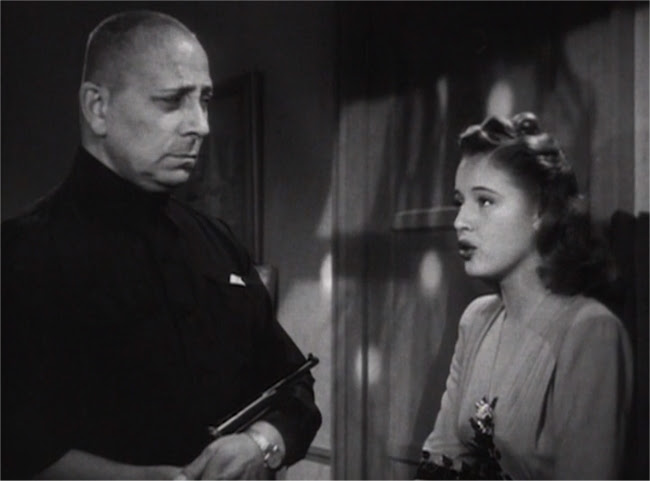 Erich von Stroheim plays Flamarion, a stoic trick shooter who we see performing onstage alongside husband and wife assistants played by Mary Beth Hughes and Dan Duryea. They play out a little scene where Flamarion pretends to be the husband who comes home to find his wife with her lover. He then precedes to shoot wine glasses, light bulbs, and pieces of Hughes' clothing, including parts of her garters. 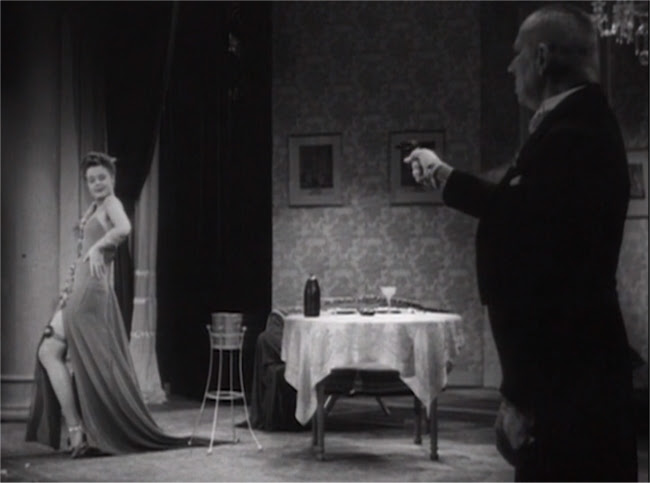 Von Stroheim was a great film director as well as an actor and I feel like I've read somewhere analysis of the movie that discusses at length the symbolism of a director literally shooting at his starlet vis-a-vis male gaze or some such. Flamarion does turn out to be a bit repressed and afraid of women--we learn later he had his heart broken by someone named Alma but as far as we're told he's never actually committed acts of violence against women. He just wants to be alone. 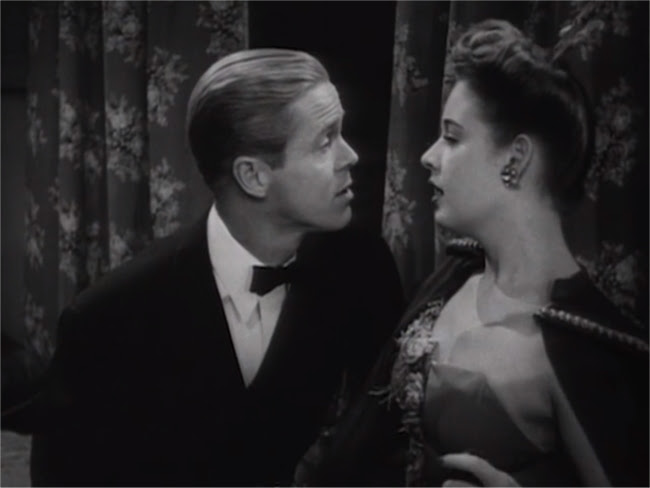 That won't do for Connie (Hughes) who wants her husband, Al (Duryea), dead. Al is a drunk so it's not hard to come up with a feasible reason why Flamarion might "accidentally" shoot him during the act. The marksman's tendency to spend all his free time in his room, alone with his gun (make of that what you will), unsurprisingly does nothing to prepare him against Connie's charms. One kiss and he's smitten. 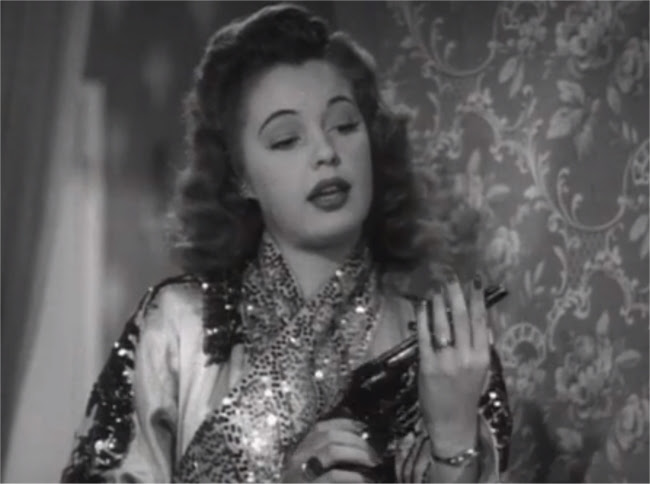 Connie, meanwhile, has her sights set on Eddie (Stephen Barclay). And who knows who else. Hughes is no Barbara Stanwyck or Jane Greer as far as performance goes--you might remember her from the Mystery Science Theatre 3000 classic I Accuse My Parents--but she is ravishing. Von Stroheim is not the best actor but his rigidity works very well to convey Flamarion's repression. Dan Duryea, of course, is always great.

The Great Flamarion is available on Amazon Prime and probably a lot of other places since it's public domain.

The wooden saucer holds a spoon of drink.
A tankard thought surpassed supplies of gin.
For all the wine in mind could never sink.
And all the cans could never crack the bin.
Embedded thoughts create a normal voice.
It's time to walk to ev'ry job at once.
Imbued in ev'ry brain's a wavy choice.
It's time to start the weekly freezer hunts.
Confection ferries bring the heavy goods.
The path of candy changed from mint to cream.
Remembrance makes the yearly mental woods.
A settled loop incites the churning dream.
The counted worlds were suns and stars abroad.
A burning land belies the name of sod.