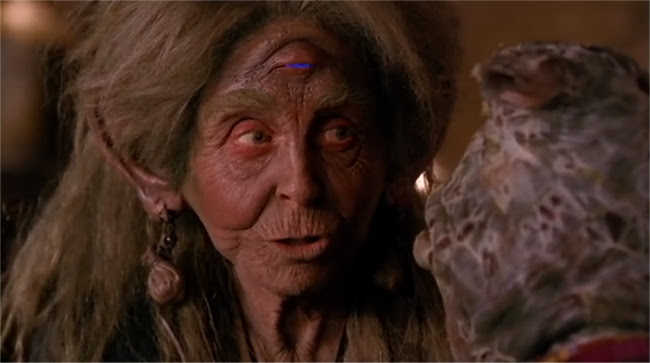 It's a quarantine lockdown on Farscape on a Scarran space station in a plot that finally makes something more of Noranti than a walking gag. 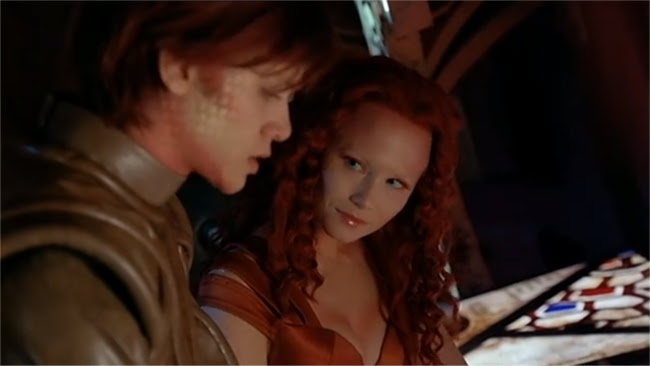 We have a chance to meet more Kalish, Sikozu's (Raelee Hill) people who are subjugated by the Scarrans and running the border station on which the episode takes place. 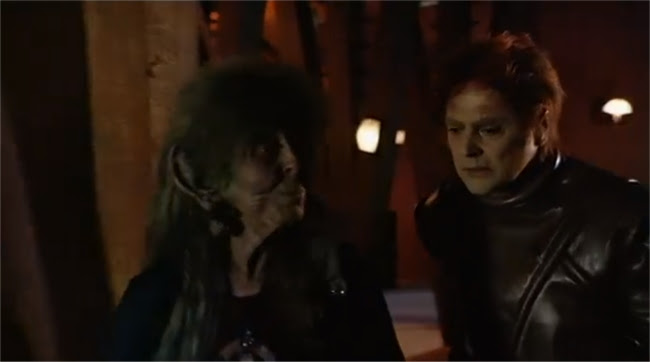 When it turns out the ship carrying Aeryn (Claudia Black) is about to leave in thirty minutes, Noranti (Melissa Jaffer) hastily concocts a strategy that involves provoking a relapse of a highly contagious disease Rygel (Jonathan Hardy) had at some point in the past, when he was Dominar. This buys some time as the station administrator is forced to call a lockdown, detaining the Scarran ship. Since Kalish and Sebaceans aren't immune to the disease, Noranti has to work quickly to cure Rygel. 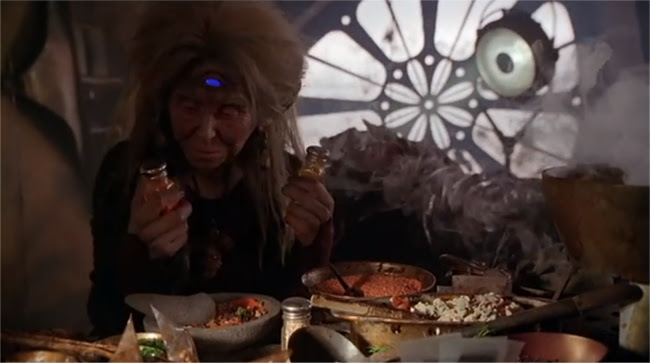 Melissa Jaffer is a good actress--she'd been on the show previously as a dying Luxan in season two and she would go on to have a small role in Mad Max: Fury Road--so it's good to see Noranti being more than the omniscient, mysterious healer or the old lady who likes to gross out the young people. You can see her frantic as she tries to hold onto her identity as the mystic with all the answers, fronting a confidence as she digs through herbs and potions. Inevitably she has to face the fact that her solution for saving Aeryn results in the deaths of uninvolved Kalish and Sebaceans. 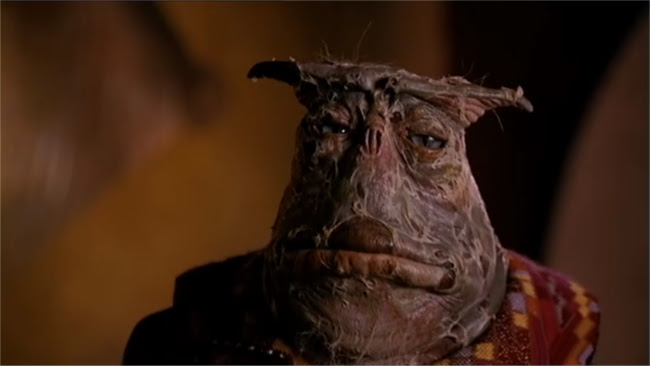 It also gives Rygel an all too rare moment to reflect on his time as a Dominar in a way that shows him as more than caricature. As a ruler, he too, had to make decisions which would inevitably cause people to die with never any certainty that an alternative wouldn't be better. But Rygel concludes by saying, "Welcome to Moya" and, indeed, one of the nice things about Farscape is that it doesn't shy away from putting its characters in difficult positions. 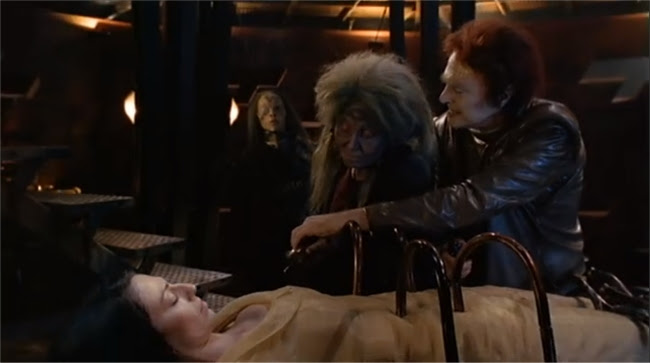 Physical as well as philosophical. Poor Aeryn endures more in season four than in the other three seasons put together. I suppose she hasn't quite caught up to all of the involuntary surgery and mind rape Crichton (Ben Browder) has been subjected to, though. Not the kind of competition you want to win.