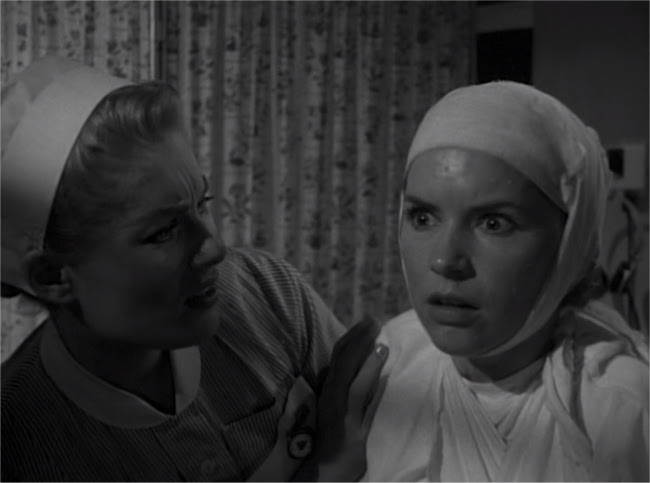 The battle between film and television has been waged for over half a century. Filmmakers aren't always above anti-TV messaging in their films--1956's Eyewitness not so subtly pits an imprudent husband who spent too much money on a television against a frugal wife who goes to the cinema instead, witnessing a murder and robbery in the process. A decent thriller with good comedic undertones, this is one of the few films of the era to have both a female director and screenwriter, Muriel Box and Janet Green, respectively. 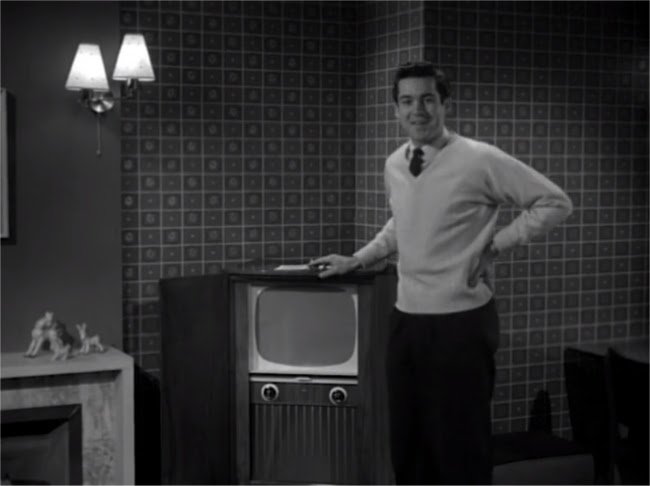 Lucy (Muriel Pavlow) comes home one night to find a brand new 23 inch television in the living room. Her husband, Jay (Michael Craig), explains he got it on an instalment plan despite the two of them having agreed he they won't buy anything else. Lucy says it's her or the television and storms out. 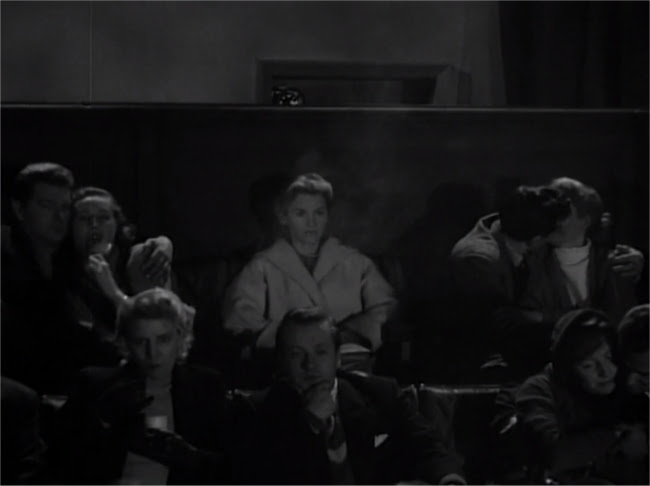 An amusing juxtaposition follows of Jay trying to watch television alone only to find himself on a programme about bad marriages while we see Lucy in a movie theatre, miffed at the couples about her making out. So she leaves and witnesses two crooks assaulting the theatre manager and cracking the safe. 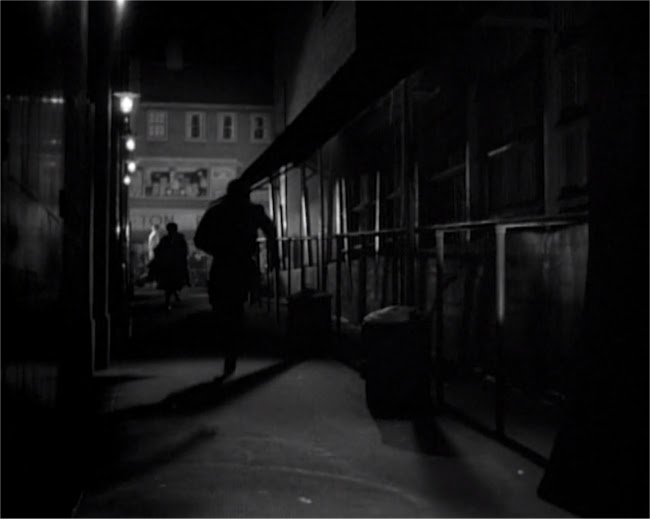 They chase her, she's hit by a bus, goes to the hospital in a coma, and the bulk of the film becomes about the two thieves trying to figure out how to sneak in and murder her. Wade (Donald Sinden) is a cold hearted killer while Barney (Nigel Stock) is a more pathetic character, a mostly deaf man who just wants enough money to get to New Zealand and never wanted to hurt anyone. 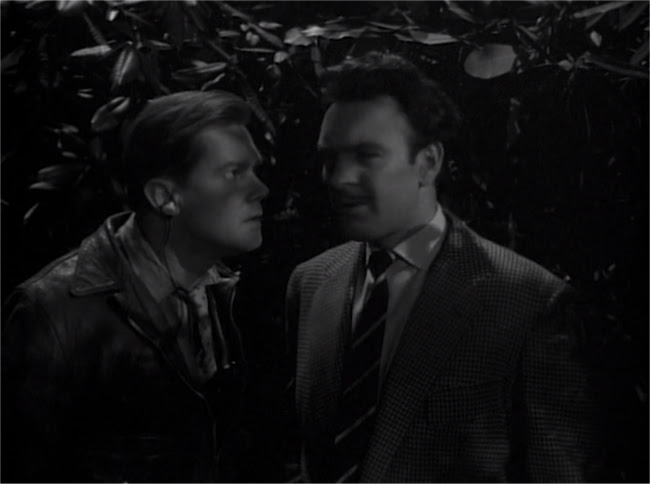 An inordinate amount of the film is set in shrubbery as the two thieves from this location watch and bicker, sometimes violently, until the cruel Wade finally busts Barney's hearing aid. Meanwhile, inside the hospital, there's a running gag/thread of suspense in which an elderly patient (Ada Reeve) continually insists to a strikingly beautiful nurse (Belinda Lee) that she sees men outside. 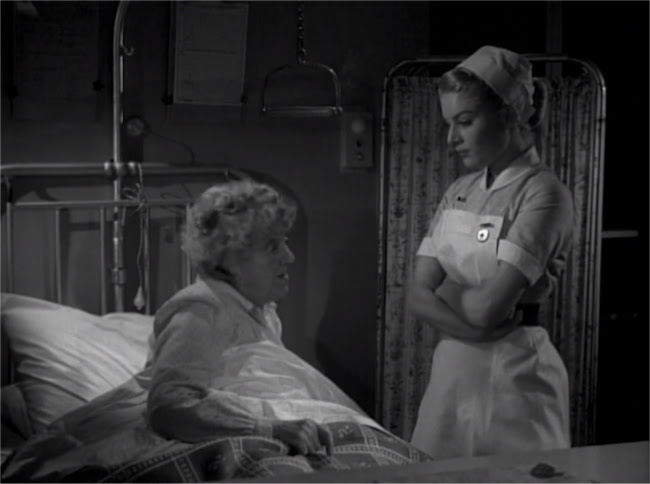 It's no Hitchcock film but it's a decent enough way to spend your evening. Eyewitness is available on Amazon Prime.