Dressing for the Cold, Dark Woods 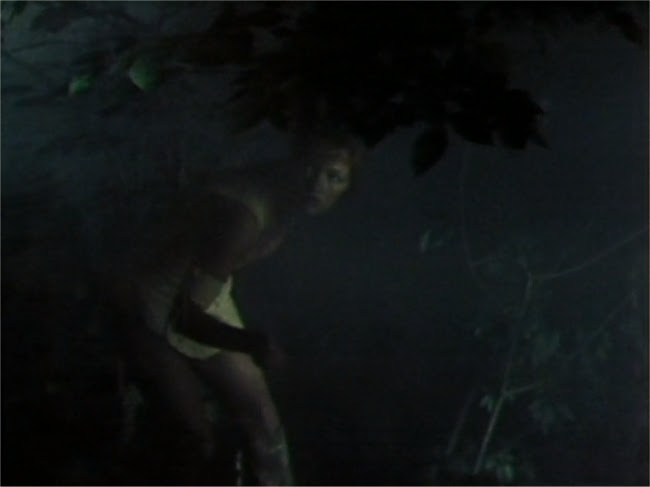 I feel like I return to Image of the Fendahl a lot. The 1977 Doctor Who story has wonderful night time, haunted atmosphere, particularly coming after the brightly coloured, set-bound visuals of The Invisible Enemy. Also, I like the introduction of Leela's second dress. 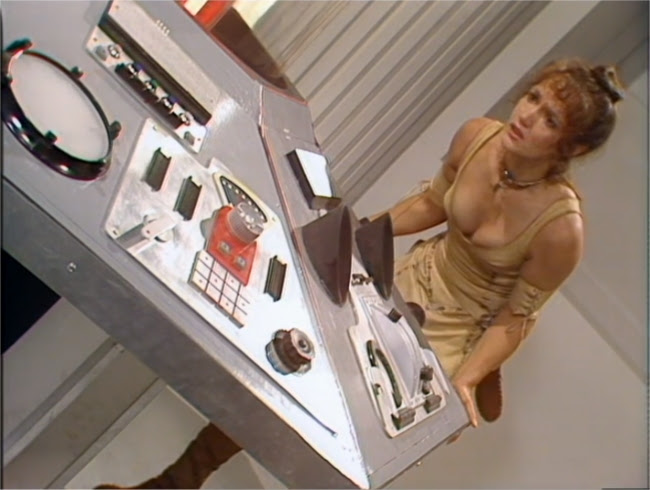 I know what you're thinking. "Image of the Fendahl? More like Image of the Fem Doll!" Believe it or not, a woman designed this dress. According to the Wiki, costume designer Amy Roberts was asked to make something sexier and more comfortable for Leela (Louise Jameson). I'm not sure it succeeds on the first count (it's hard to compete with a loincloth, or even a faux-loincloth), on the second count I strongly suspect not. Combined with the updo, Leela looks very much like a homeschooled teenager who raided her parents' closet with scissors in an effort to look like a real sexy lady. Which says something about Leela that's not implausible and I like the all the admiring looks she gives the Doctor in this one. 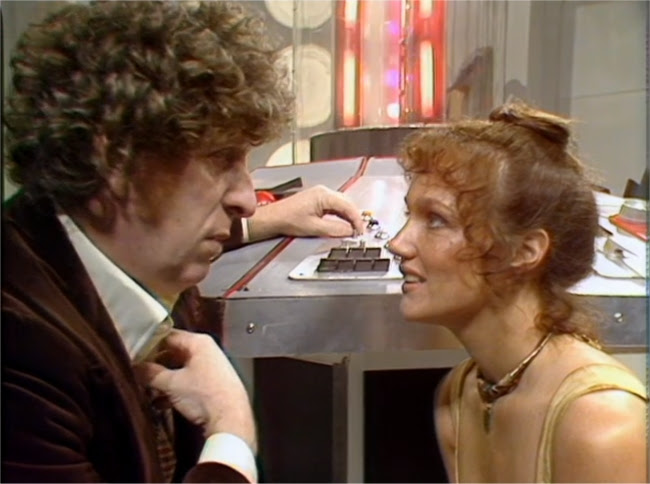 The best part is watching everyone else try to act like the dress is nothing terribly out of the ordinary. Even the old village lady (Daphne Heard), who stubbornly sticks to her beliefs in the "old ways" and superstitions, only bonds with Leela over a shared belief in ghosts and charms. In real life, one suspects the word "hussy" would have crossed the older woman's lips more than once. 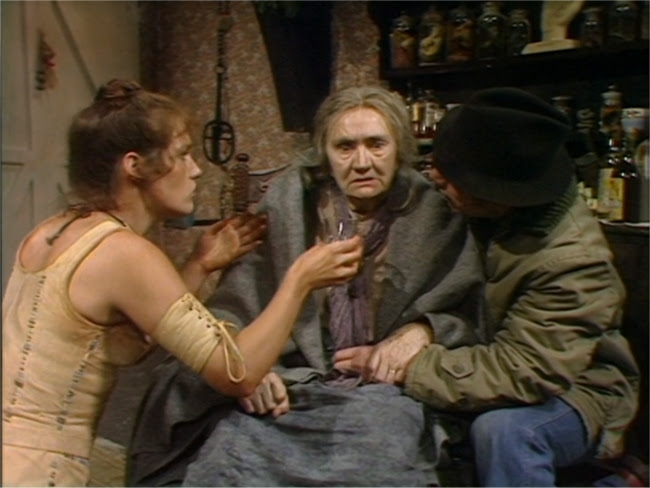 And Leela never complains of the cold because she's just too badass a huntress. I love the shots of her and the Doctor (Tom Baker) roaming the woods, especially the cliffhanger shot from Part 1 of the Doctor standing there while some strange thing approaches. 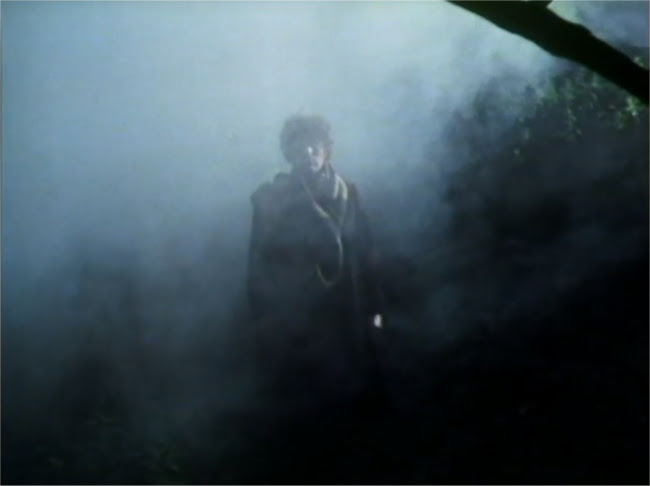 Written by Chris Boucher, who created Leela in The Face of Evil, it's the weakest of his three Doctor Who stories but only because the other two, Face of Evil and Robots of Death, rank among the very best. One of the things I like about all three is that Boucher does a great job of creating a sense of place and community already in existence before the TARDIS shows up. Face of Evil and Robots of Death have rich backstories and both establish complex societies without overexplaining things. Image of the Fendhal is his first set on contemporary Earth and he does a good job weaving a story about an ancient skull, ancient pre-Roman Britain myth, and Time Lord shenanigans. 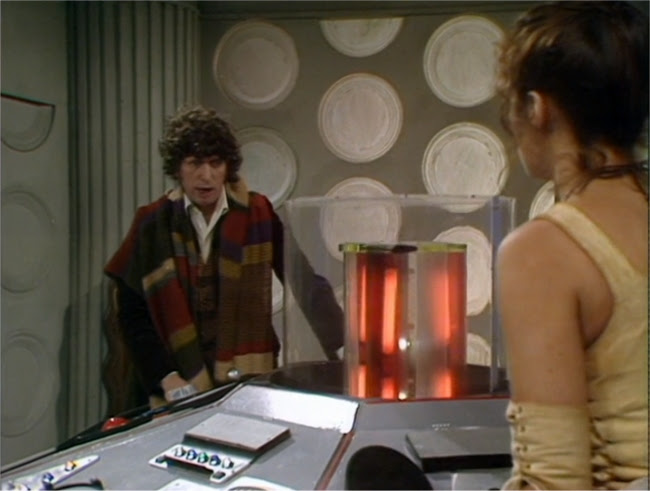 Posted by Setsuled at 11:20 PM
Email ThisBlogThis!Share to TwitterShare to FacebookShare to Pinterest
Labels: doctor who, image of the fendahl, television, tv show