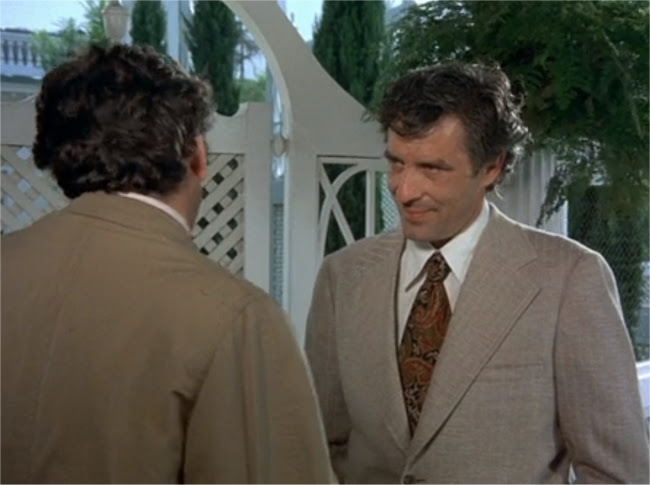 John Cassavetes seems an odd fit for a Columbo episode but he makes for a good one. It's not surprising considering Cassavetes directed Peter Falk in several films. The two must have got on very well and certainly they have a fascinating chemistry as actors in this episode, "Etude in Black", which was directed by Nicholas Colasanto (who played Coach on Cheers).

Also somewhat out of place is Blythe Danner as Cassavetes' wife. I would not want to try eating natto with hair like that. 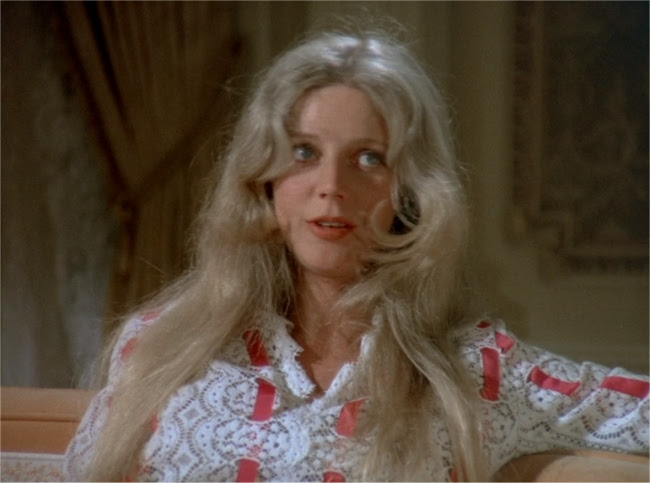 Usually the guest cast includes older movie stars or C list actors from the 60s. The former is represented here by Myrna Loy in a very small role but Cassavetes, as murderer and maestro, dominates the episode with an angry, maniacal performance. 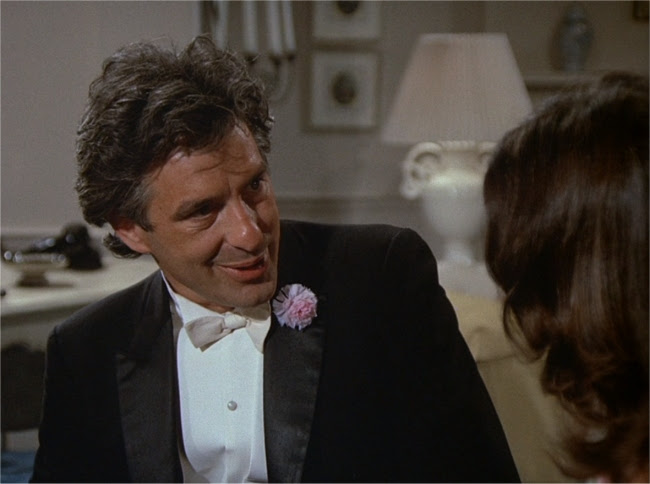 He murders his beautiful pianist lover so that his wife doesn't find out. Unfortunately for him, Columbo is hot on his trail. The detective's technique for getting under the skin of suspects with impertinent rambling is particularly good here. Several scenes start with him doing something slightly strange that later turns out to be legitimately important. Like one scene where Cassavetes shows up at his mechanic's to find Columbo playing around in his car. 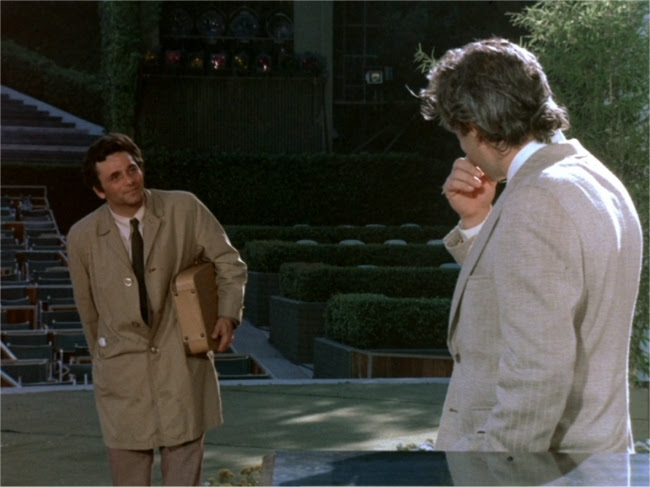 Turns out Columbo was checking the mileage to figure out that the car had travelled the distance to the victim's home and back on the night of the murder.

Cassavetes' character all but froths at the mouth. There are a few genuinely unnerving moments where he gets angry and you think he might kill someone else without premeditation. He dresses really well, though. I really want these red boots: 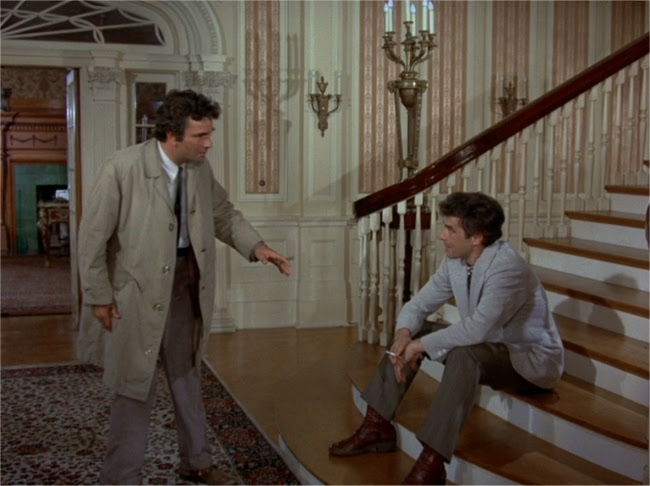 Emerging mental houses grace the school.
The bricks were bowed by roundly fattened brains.
Stampeding matter slopped the gravy full.
Some letters formed by twenty crossing trains.
The gathered dust revealed a broken glass.
As slowly baking sand encased the kid.
For ev'ry day the ghosts of trains'll pass.
Beneath the loudly shifting iron lid.
A travelled face was pushed beyond the door.
A path of straw becomes a gilded lane.
An empty room invites behind the boar.
Misleading signs were scrawled in ev'ry pane.
A cherry pie invites remembered dreams.
Through shadow leaves the moonless night's in beams.