No Makeup is Too Expensive 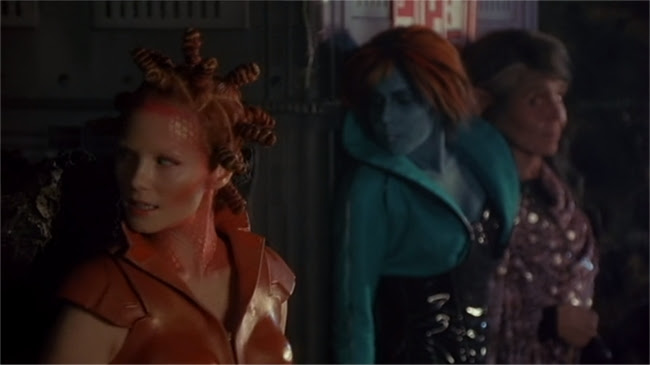 The second of Farscape's gender team episodes catches up with the ladies on their shopping trip to a budget mandated dead Leviathan. Redressing Moya's sets for the location was probably a necessary measure with so much money clearly having been spent on makeup and costume, a category in which this episode is certainly impressive. 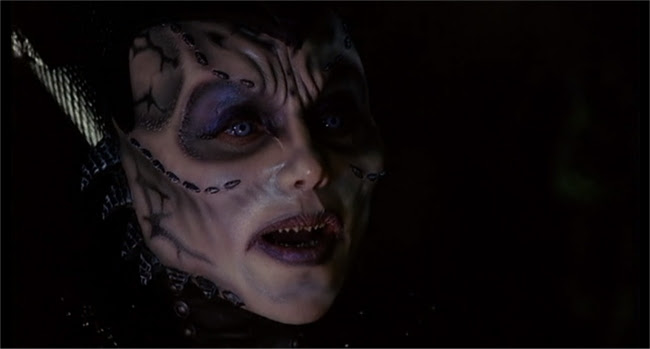 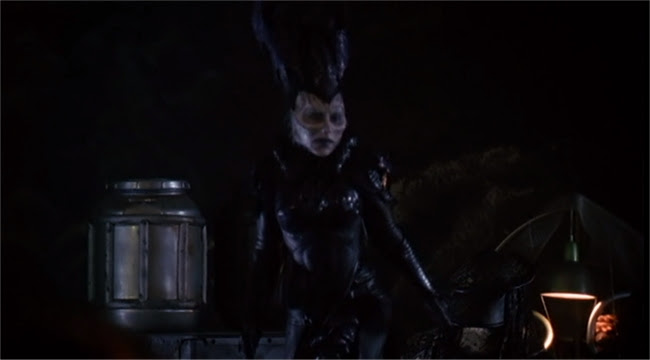 A few shots of her from the waist up are the best we get from director Rowan Woods whose tendency to overuse close-ups is sadly in evidence again. But Ahkna's secret meeting with Grayza (Rebecca Riggs) is still pretty cool. We're permitted to watch the two trying to out-dom each other gracefully while negotiating intergalactic politics. 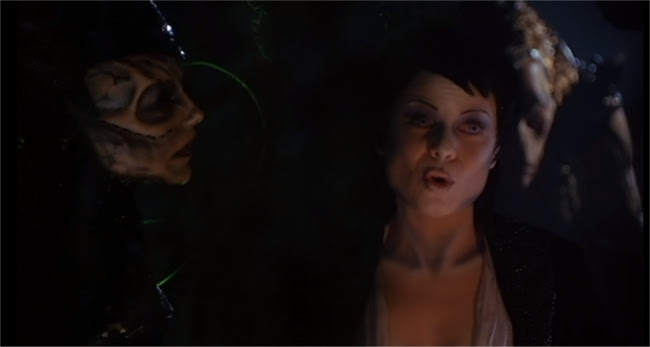 Aeryn (Claudia Black) and Sikozu (Raelee Hill) watch from the rafters, the two pragmatists making a nice team. Meanwhile, Chiana (Gigi Edgley) and Noranti (Melissa Jaffer) are dealing with the two locals they made a deal with for a sensor scrambler of some kind for Moya. Again, the makeup budget is on display when Chiana and Noranti get genetically modified to go incognito. 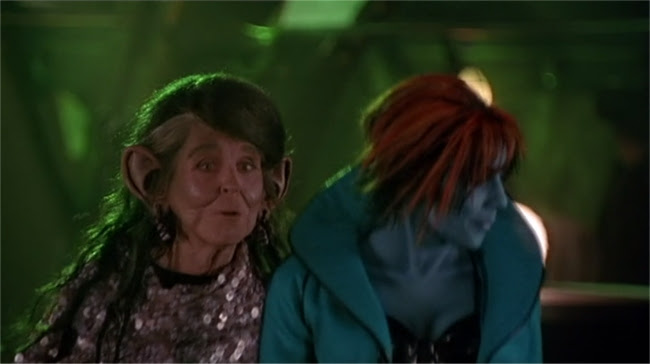 Chiana looks a bit like she did in "Taking the Stone" while Noranti looks kind of like a caricature of Casey Kasem. Of course they make out at one point to throw off pursuers. Noranti has a lot of business about making drugs from spit and Chiana kisses people to get what she wants. That can be fun but I wish this season had more for Chiana to do. Another episode exploring Nebari culture would have been nice and certainly a few exploring Chiana's character, like "Taking the Stone", would have been a big plus. I think back also to episodes like "My Three Crichtons" or the first part of season three that explored her free sexuality for intelligent and emotional stories. The throwaway gags are fun but there could be so much more to Chiana.

Unlike "Mental as Anything", this episode doesn't completely devote itself to one half of the crew. The male characters return for the last ten minutes and Crichton (Ben Browder) has time to solve a problem with his trademark craziness--a pretty sensible reaction when it turns out Aeryn isn't who she appears to be. It turns out she's a bioloid created by the Scarrans in what appears to be a big taupe vagina. Appropriate, I suppose. 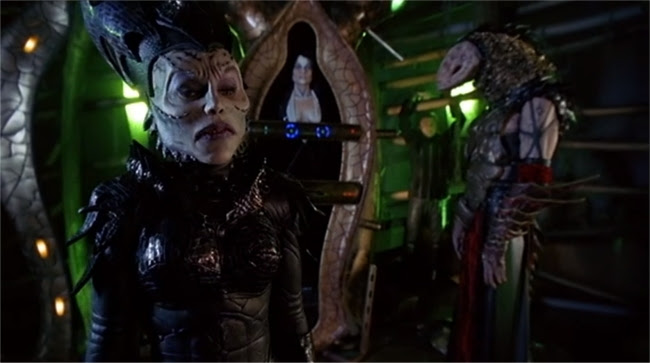