Dames, Ducks and the Defiant

At my parents house to-day, I found a lot of ornaments had just been added to the Christmas tree, including artefacts of my youth as a Trekkie; 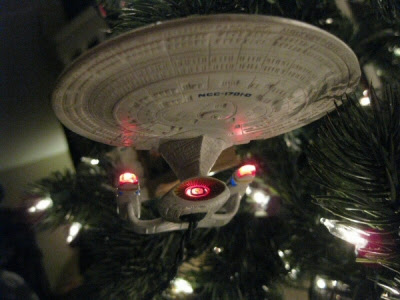 I love my Enterprise-D ornament, but it always bugged me that it was white instead of the Enterprise-D's actual colour, a pale, greyish blue. 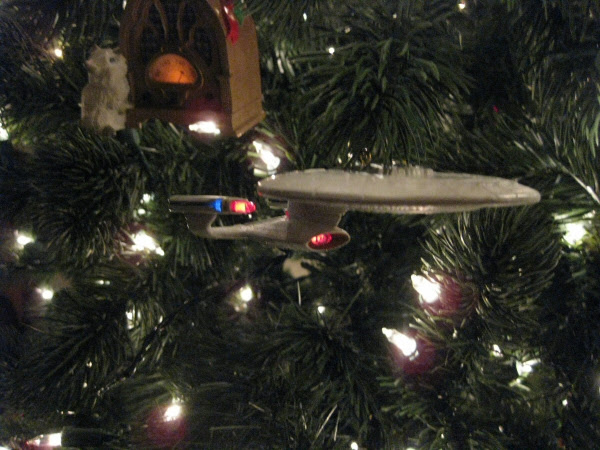 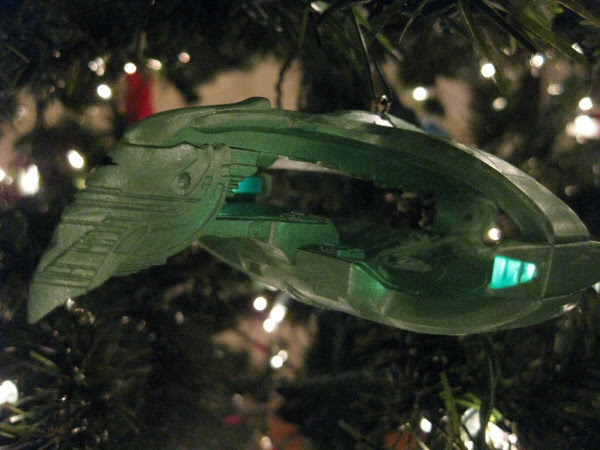 I can't imagine there're many people with a Romulan Warbird ornament. 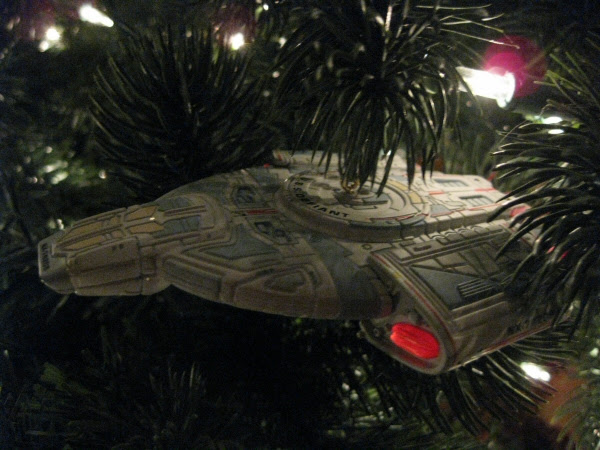 Nothing says Christmas like the U.S.S. Defiant. Stick it to the Dominion this holiday season. 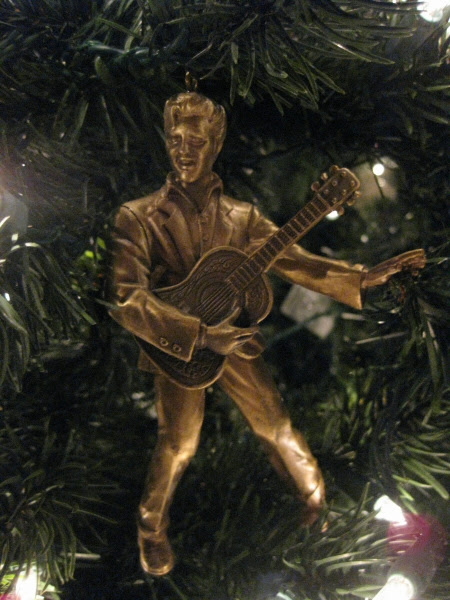 Guilty, vaguely Norwegian Elvis. I think this one's my mother's. 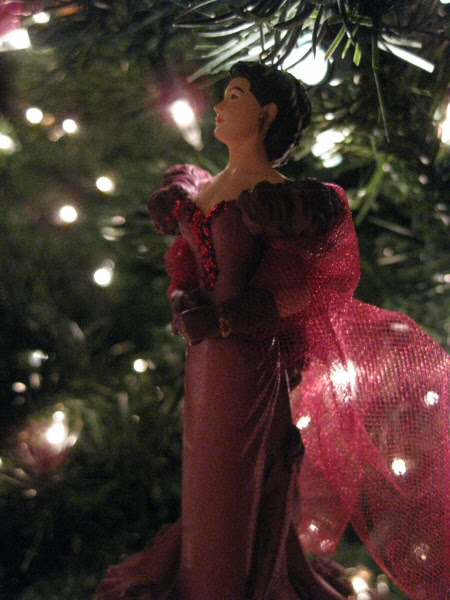 I think this one's my mother's, too. I'm not sure who it is, but I thought it was very regal.

I was really digging my sister's vintage style Barbie ornaments; 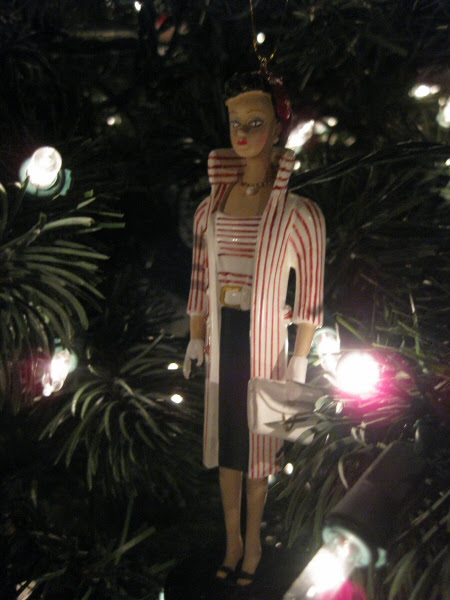 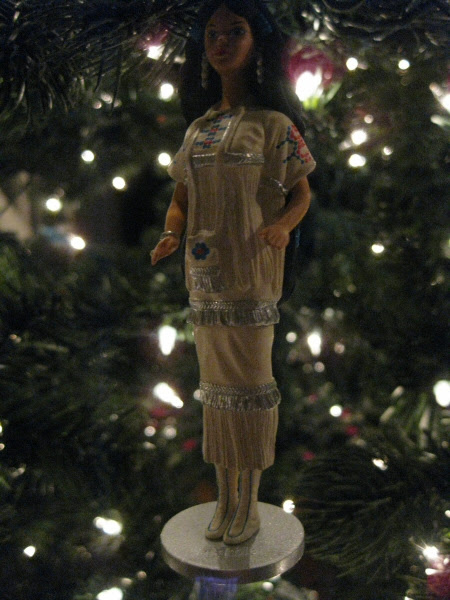 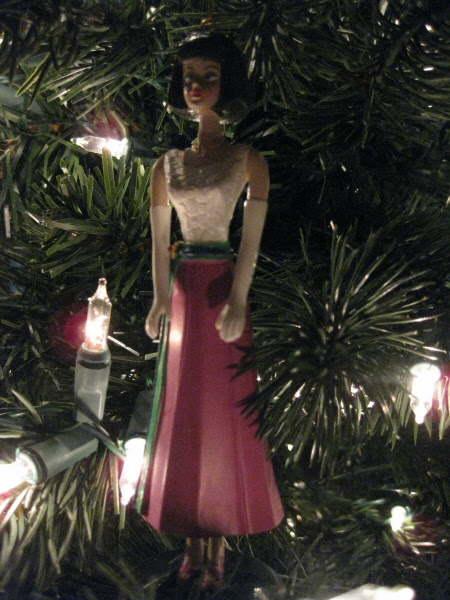 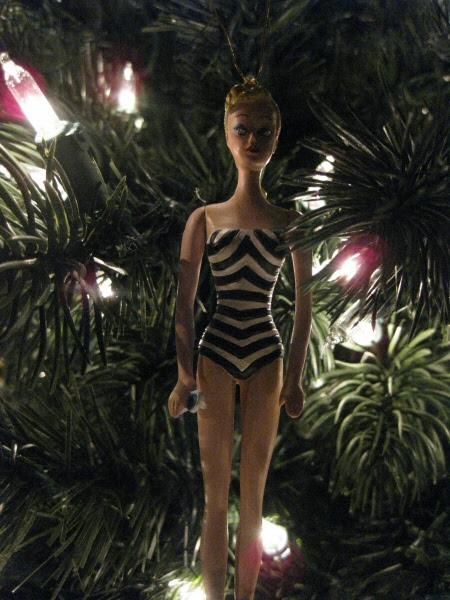 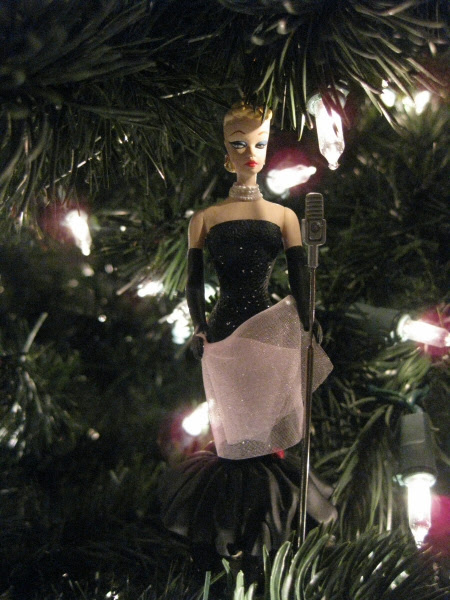 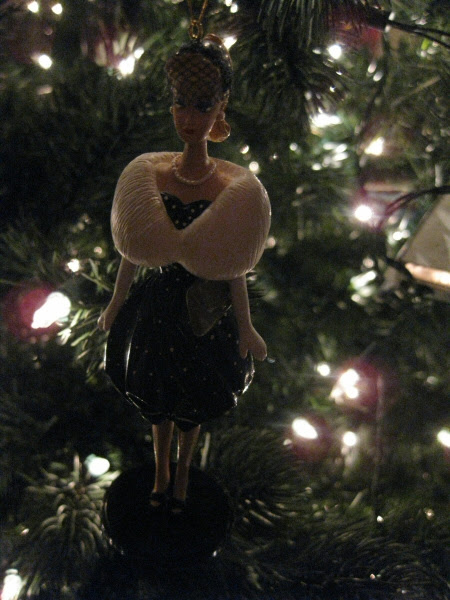 "Oh, how can you talk like that when my husband's dead, Mr. Marlowe!" 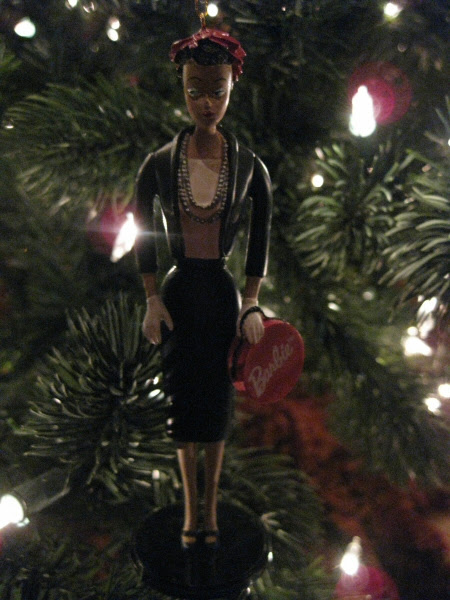 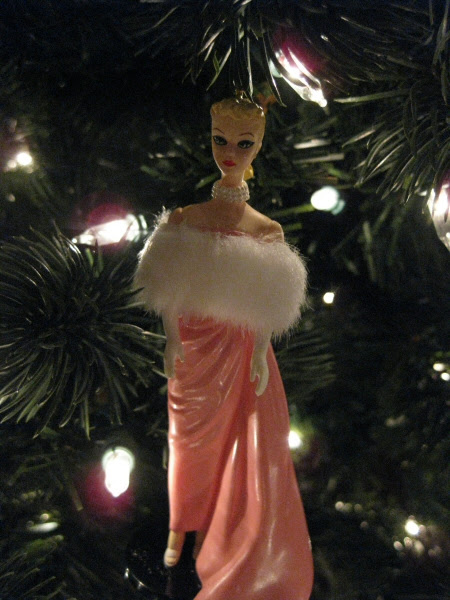 My Disney duck obsession that goes back to an even younger age; 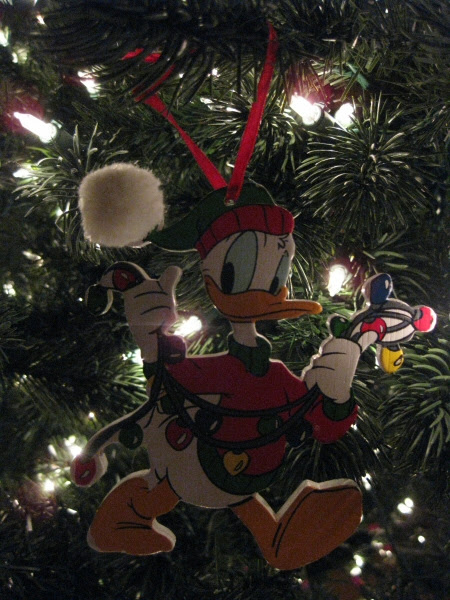 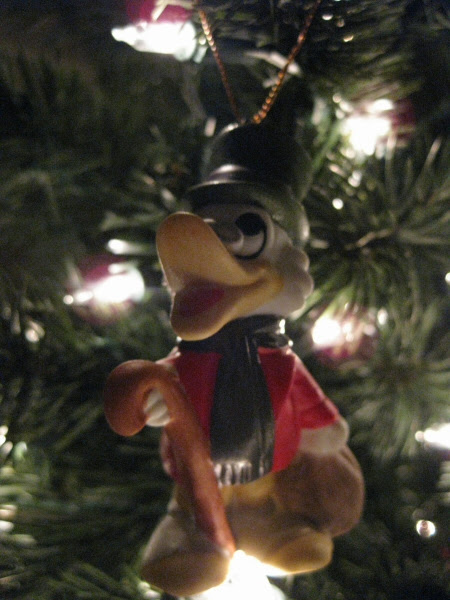 This Garfield one was always one of my favourites. My favourites were always the ones that tried to counterfeit reality, in this case using different components to give the impression of an actual cartoon cat in a bag; 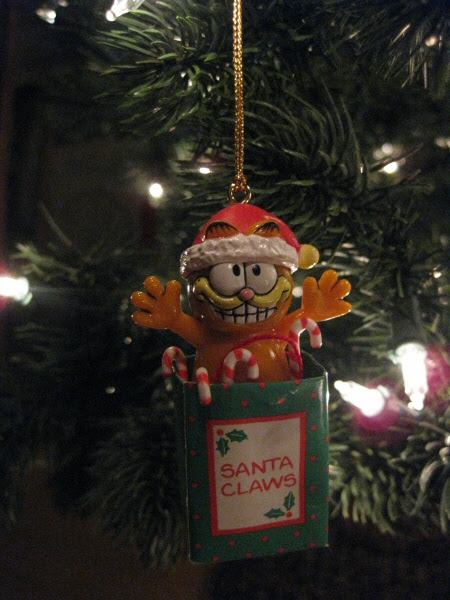 Read more War and Peace last night--Pierre's encounter with a prominent freemason. Pierre, established as a serious, intellectual character at this point in the book finds himself immensely troubled after shooting a man who may be his wife's lover in a duel. The man, Dolokhov, doesn't die, and we don't get the impression Dolokhov wasn't making love to Pierre's wife, but I loved how the result of the duel Pierre'd rashly instigated wasn't satisfaction for Pierre, or doubt that Dolokhov was his wife's lover, but rather an overwhelming feeling that life was a sort of aimless and destructive trap. Previously an atheist, we see him very eagerly wooed by the freemason's pitch for Christianity and I was impressed that Tolstoy's narrative itself is neither definitely religious or anti-religious--one can see that the despair of his present circumstances drives Pierre to find something to hold onto. The mason's argument seems to be based on the idea that grace in human's is God, and the utility of this idea seemed rather clear to me--one can feel more secure in attempting to do good things if one can disassociate that motive from past action which one might feel guilty about. Then, there's neatly compartmentalised the dirty parts of a personality and the clean parts. I'm happy Pierre's starting to feel better, but I can see how this philosophy could lead to some problems.

Why's it hard to find glass bowls with glass lids?
They don't want you microwaving spinach.
It's good for you if it's approved by kids.
Their exiled king's Dennis Kucinich.
Posted by Setsuled at 7:29 PM
Email ThisBlogThis!Share to TwitterShare to FacebookShare to Pinterest