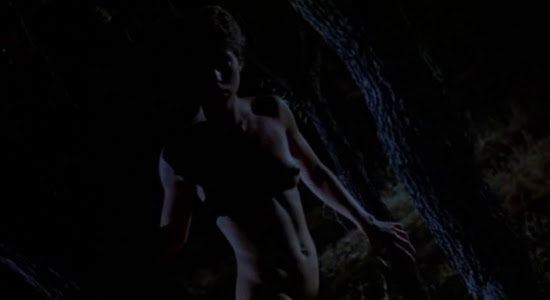 It was listening to David Bowie on Sunday and yesterday that finally compelled me to watch the 1982 version of Cat People. I hadn't felt much enthusiasm about seeing it before because I love the 1942 Jacques Tourneur version so much and I heard the remake wasn't as good. And it's true, the remake isn't even half as good. On a fundamental level it doesn't work, it loses so many of the threads that were essential to making the original great and replaces them with futile shots into the thematic dark.

I'm not sure writer/director Paul Schrader failed to understand the original. It feels more like he bit off more than he could chew--the project had too many elements that spun out of control. Nothing shows this better than the character of Irena. Nastassja Kinski certainly looks the part, and I loved moments like her naked, stalking small animals in the woods. But she's stripped of all the motives and layers of characterisation Simone Simon's version of Irena had in the original movie. It's not a matter of one actress being better than the other--I don't think I can really call that based on these two films--as much as how Irena's presented in the story and how the other characters react to her. Crucial is the dynamics of the love triangle--in the original version, Irena's jealousy of Alice and Oliver's relationship drives a lot of the story, while in the 1982 version we don't see much indication at all that Irena resents the time Oliver spends with Alice. It's Alice that shows all the jealousy in the later film while Oliver doesn't seem to notice Alice's feelings at all. He doesn't naively lavish attention on Alice the way he did in the original.

There are a couple scenes that are almost duplicates of scenes from the original film and the famous pool scene shows how Schrader's take on the characters doesn't work as well. In the original, Alice knows she's been diverting Oliver's attentions from Irena, his wife, in an inappropriate way. She knows Irena has good reason to be jealous, and as is often the case in good horror, this underlying guilt feeds the fear of the threatening shadows. In the 1982 version, unlike in 1942, Alice screams and accuses Irena of trying to kill her when Irena switches on the light. It's a bigger reaction with less motive rendering it far less effective. In both movies, Irena speaks to Alice here in a coy, subtly threatening way. But it made sense in the original, while in the 1982 version it's a sudden and total shift from how Irena had behaved in earlier scenes, further making the scene an empty pantomime of the original. 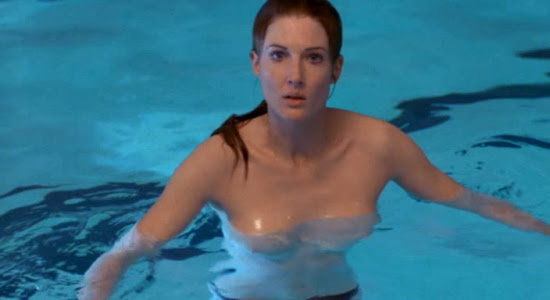 Other than the welcome change in having Alice topless for the scene, the original was more impressive visually too, the Expressionistic black and white cinematography having greater impact than the simultaneously lurid and empty noise palette of the remake. 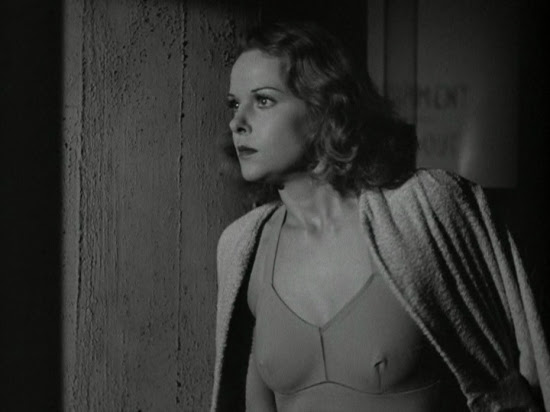 Added by Schrader is Irena's brother played by Malcolm McDowell. McDowell also has a great look for the role, but there's no apparent point in his story about wanting to have sex with his sister except maybe added ick value. Plotwise, it grows out of another problem with Schrader's version, in that it lays down very specific rules regarding the Cat People--they change into leopards when they have sex with humans, and they change back into people when they kill a human. This is much broader than in the original film. We knew Irena's transformation had something to do with sexual passion, but instead of being some hard coded biological function, it seemed more like it was tied intimately to her psychological state. It seemed more like a real psychological button being pressed. It's not something 100% predictable, and the amount of responsibility Irena has for it is not clear, which is exactly one of the more tormenting aspects of real psychiatric trouble. 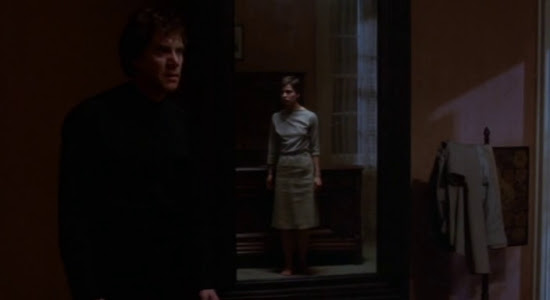 But the soundtrack of the newer version is good, even in addition to the David Bowie song. I am really glad Quentin Tarantino gave the Bowie song a much better home in Inglourious Basterds.