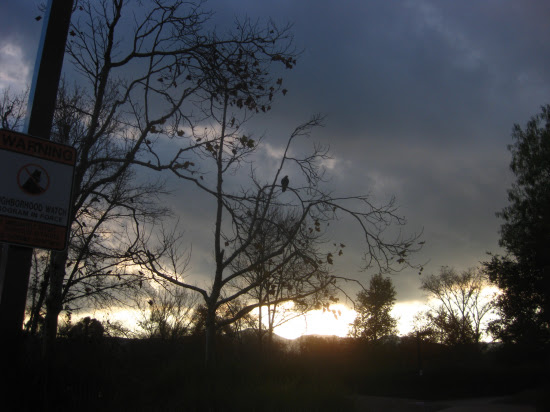 A neighbourhood is watching you.

The gang was around when the lighting thanks to patchy storm clouds at sunset was just perfect. I'd have taken more pictures except the battery ran out on my camera. 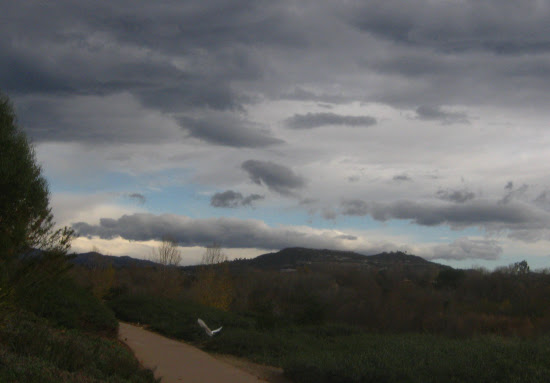 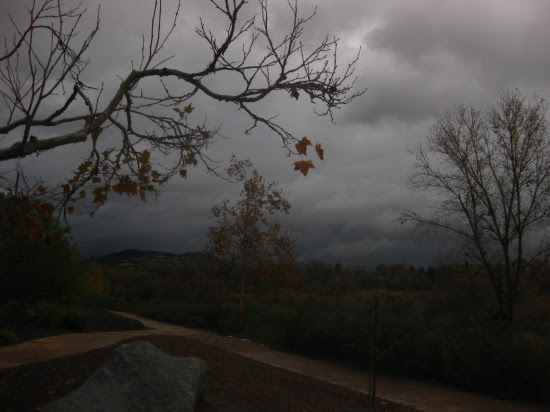 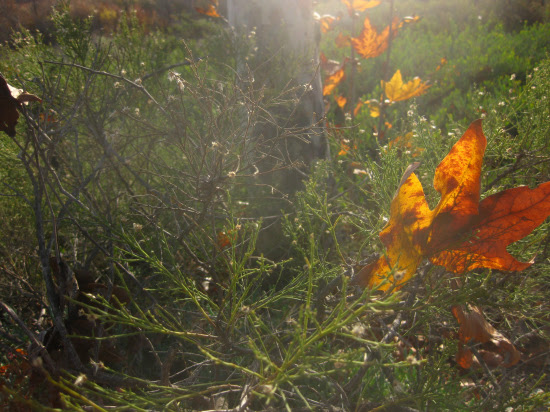 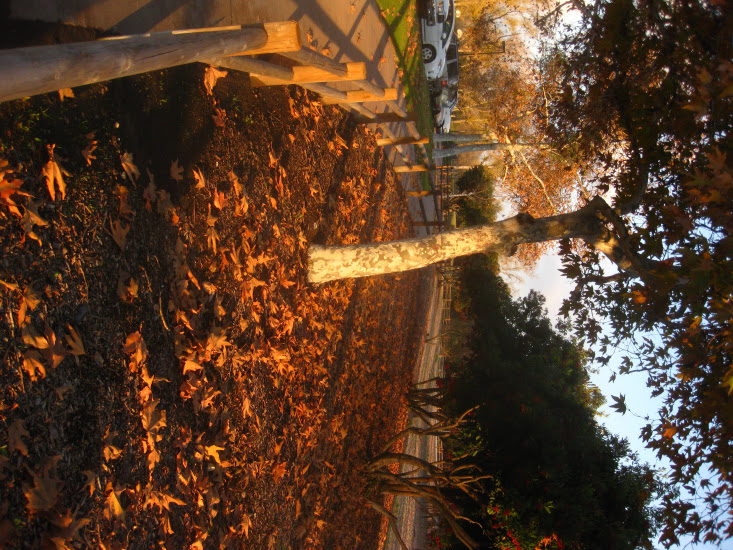 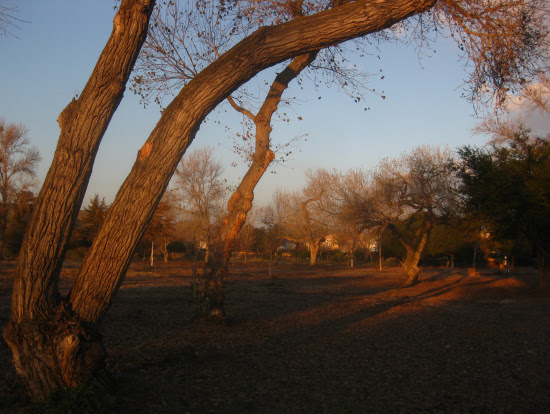 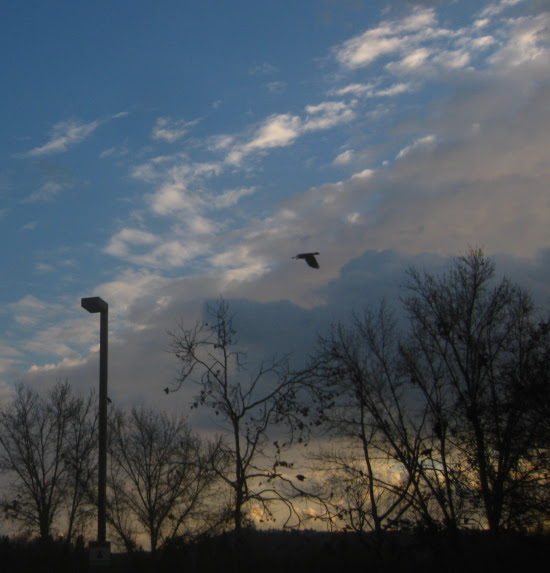 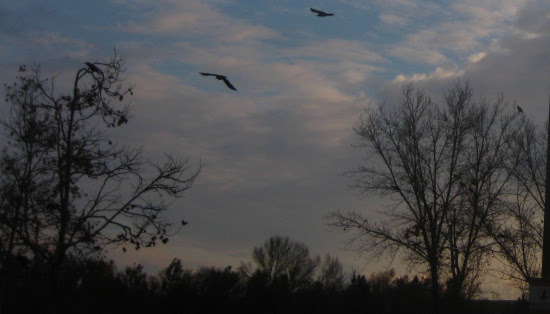 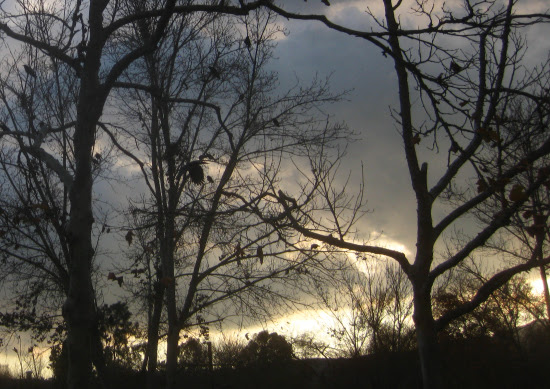 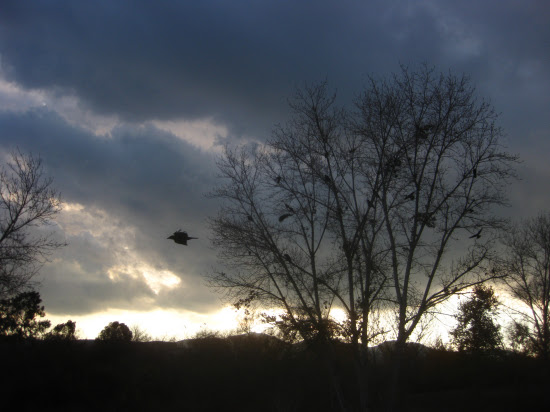 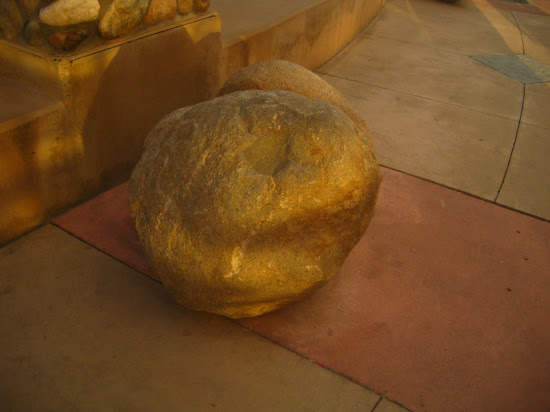 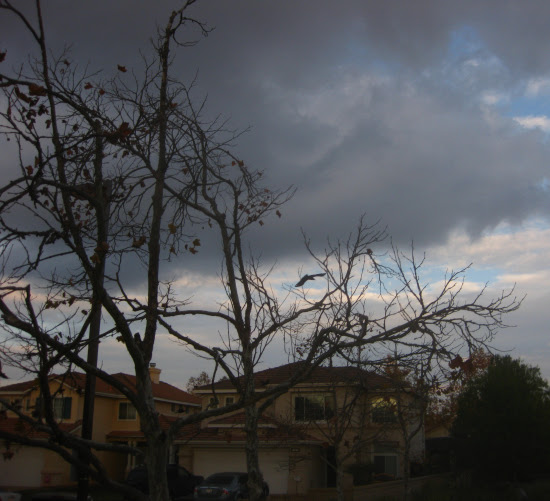 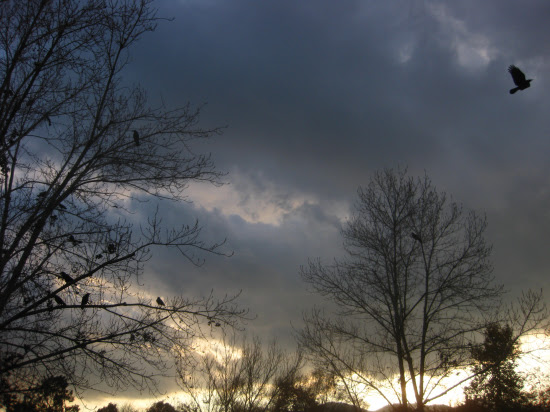 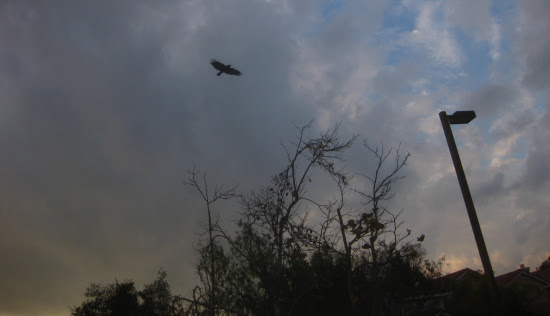 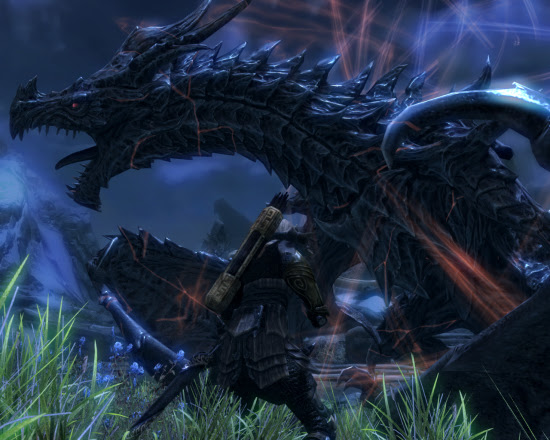 I also beat the main plot of Skyrim last night, which involved pursuing the super dragon, Alduin, to the Elder Scrolls version of Valhalla. It was a lot of fun fighting the dragon, and it's a beautiful atmosphere. I even like the mythology about life and death, but I can't help wishing the game had been written by the same people who wrote Fallout: New Vegas. Those folks were so much better at writing characters you can get invested in--I was always genuinely interested in the backstories and quests for the companion characters in New Vegas, while in Skyrim almost all the dialogue feels like placeholders. Max von Sydow, Joan Allen, and Christopher Plummer are all cool to have around, but they do little more than facilitate a plot about how the two warring factions need to put aside their differences to face the threat of the dragons.

I haven't done much of the faction stuff yet in Skyrim, and it looks like the plot and world change significantly based on the side you choose, either the Imperials or the Stormcloaks, which seem to be loosely modelled on the Romans occupying Great Britain and/or other parts of northern Europe. It has something like the moral ambiguity of New Vegas in that both factions have their good and bad points, except Skyrim establishes two genuine "bad guys" in the High Elves and the dragons. I miss the complexity of New Vegas, particularly the dialogue influenced by character stats. There's very little wiggle room in Skyrim's dialogue that way.

Still, a fun and beautiful game for exploring and fighting. I imagine I'll continue playing it for a long time to come. 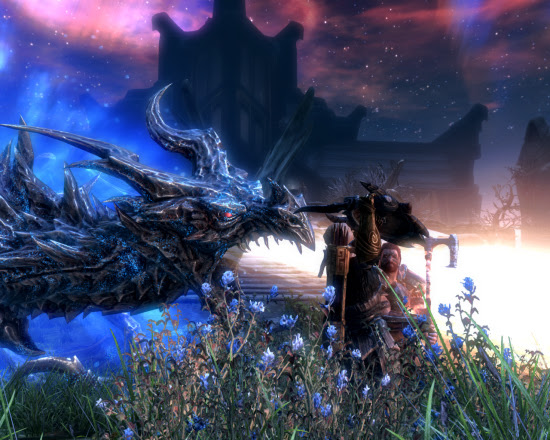