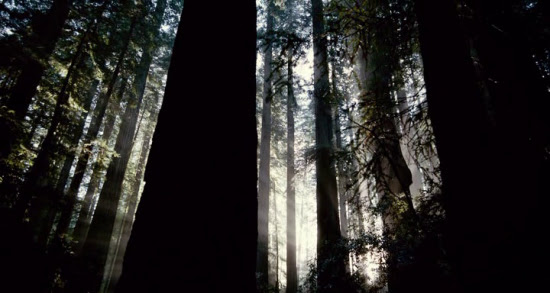 The Devil is in the details, as they say. So's God, if he exists, I'd say. Half of Terrence Malick's The Tree of Life seems to share this point of view. But the other half, and most literal aspect of the film, is told in a way that intrinsically values broadness and archetypes to achieve revelation. The movie's about a duality of philosophy, and maybe it's in part because of this that Malick chose this duality of storytelling. Regardless, the duality of the storytelling does not serve the movie and makes this ambitious film good rather than a masterpiece.

A lot of critics compare the movie to Kubrick's 2001: A Space Odyssey, Roger Ebert going a step further to say 2001, "lacked Malick's fierce evocation of human feeling." There is more of a coldness to Kubrick's film, but I don't think that makes it inferior. In fact, it's in the, I think, intentional simplification of human behaviour for emotional impact and clarity of argument that The Tree of Life is most flawed.

I was actually reminded more of Andrei Tarkovsky's The Mirror and Bergman's The Seventh Seal. I suppose one could draw a similar comparison to many of Bergman's films--part of me suspects the reason Bergman made a lot of his movies was that the previous one didn't satisfy him on the point of whether or not God exists. Several of his films involve one or more characters seeking an answer to the question. In The Seventh Seal, a vision of the dead characters dancing at the end suggests at least the existence of an afterlife, as does a scene at the end of The Tree of Life, where various characters, living and dead, meet up again on a beach. 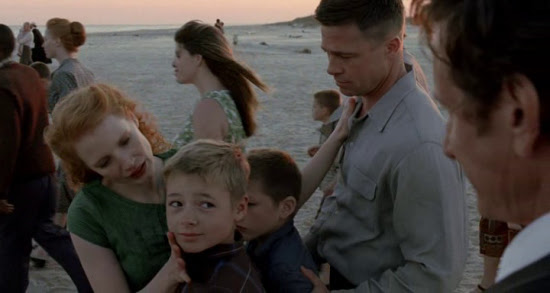 If 2001 lacks the evocation of human feeling found in The Tree of Life, The Tree of Life lacks the pure humanity found in The Seventh Seal, which I always say works as a great road movie. Yes, you have types--the knight, the squire, the peasants. But each one of those characters is more complicated than that type. Antonius Block is eccentric, obsessed, and aloof, Jons is peculiarly fearless and unpredictable. The characters in The Tree of Life never rise above their types, again, I think, on purpose. But while the idiosyncrasies of Bergman's characters underlie the pertinence of the question about God's existence and how He can allow so much suffering to exist in the world, the simplicity of Malick's characters de-claw the question, and the resolution of The Tree of Life comes off as trite.

From the beginning, Malick sets up the duality between Jack's, the protagonist's, parents. They represent two forces in conflict within Jack himself. Jack is given very little characterisation, and use of him as an adult as a pure POV--shots are almost always framed behind his back, we only get a slight view of his face--suggests he's an avatar of humanity. His mother represents "grace" and his father "nature". In a voiceover at the beginning, his mother explains grace as being self-sacrificing and nature as being selfishness. Grace, "doesn't try to please itself. It accepts being slighted, forgotten, disliked. It accepts insults and injuries. Nature only wants to please itself. And get others to please it too. Likes to lord it over them. To have its own way. It finds reasons to be unhappy when all the world is shining around it. And love is smiling through all things." Which seems like a contradiction. If the whole goal of nature is to please itself, why would it look for reasons to be unhappy? I'm certainly not suggesting there aren't people who look for reasons to be unhappy and that this impulse isn't the root of destructive actions. Just that the definition for nature here doesn't work because what Malick's really trying to say is "good and bad" not "grace and nature" and he pulls back from what he really means. Maybe an even better pair of words would be "slave and master".* 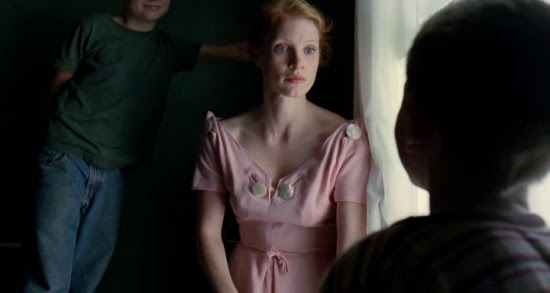 One might say the opposite of nature is artifice. But I don't think Malick would approve of the Oscar Wilde quote in reference to his film. It is exactly what Jack's mother is, though--artificial. Wilde was referring to a facade prescribed by vanity, and the woman in The Tree of Life is borne of an idealisation and a belief in a manner of storytelling. In my review of Tarkovsky's The Mirror, I wrote about the woman whom Tarkovsky shows as being both the protagonist's mother and ex-wife;

She seems to represent the perennially longed for and yet unreachable woman, tied also to a childhood Alexei longs for when, as he says, life seemed open to possibilities. His present life, in his run down old home, seems much narrower than the memories shown of the forest he grew up in, where Tarkovsky's palette seems to borrow its soft darks from da Vinci along with the halo shots often give to Alexei's mother.

Malick seems influenced by the strange POV of Tarkovsky's film, the overlapping of whispered thoughts with indirectly related footage, but everything about Malick's story can be put into words. You can't really describe why scenes like the one of a roof crumbling while a woman washes her hair in The Mirror work so well. It's the visual poetry of incredible filmmaking. 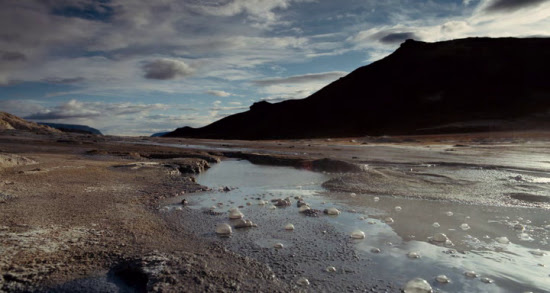 The best parts of The Tree of Life are unrelated to the more literal plot. They consist of beautifully shot forests, animals, galaxies, special effects--done by Douglas Trumbull, the effects are gorgeous and strange except for some curiously bad cgi dinosaurs. The cgi looks especially awful next to some truly amazing pictures of nature. Pictures which in themselves argue that nature is more capable of grace than is suggested by the dualistic argument Malick presents. 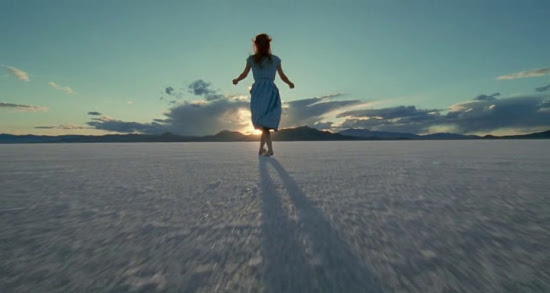 There's something academic about a lot of the footage, though. Out of context, bits of the movie could be a Hewlett Packard ad, which emphasises again the flaw in the film, the lack of appreciation for the significance of human complexity.

Ask yourself this question, if you've seen both; which movie says more about human nature and life, The Tree of Life or The Big Lebowski?

*It recalls the dynamic of the Star Trek episode "The Enemy Within". When Jack's father goes away on a trip, the kids run rampant, getting into trouble, and the conclusion seems to be that the good mother needs the evil father to be assertive. I compared Black Swan to "The Enemy Within" as well, and perhaps this is a meme in modern movies. One wonders how much of it is influenced by politics--we had the Bush administration who made their bad ideas reality, and the Obama administration that often seems too passive to make their good ideas reality. 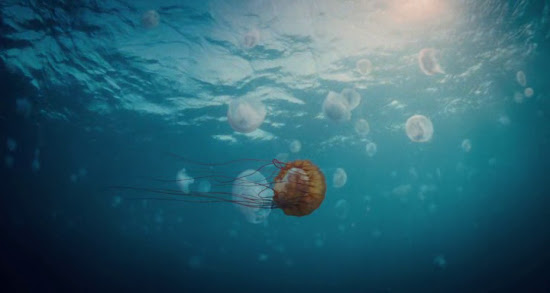