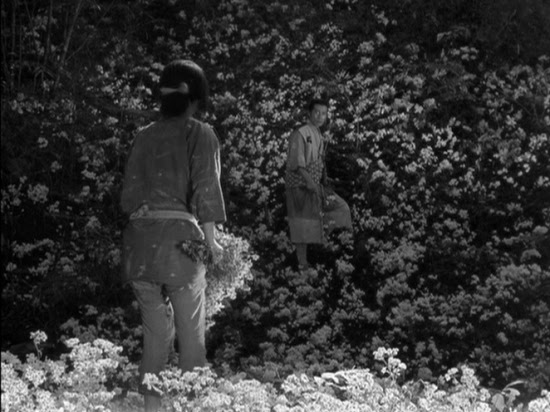 Aw, Katsushiro and the flowers. The guy's constantly visually juxtaposed with flowers, emphasising his innocence, and also serving as a context for beautiful shots. Though just about every shot in Seven Samurai is beautifully, remarkably composed. 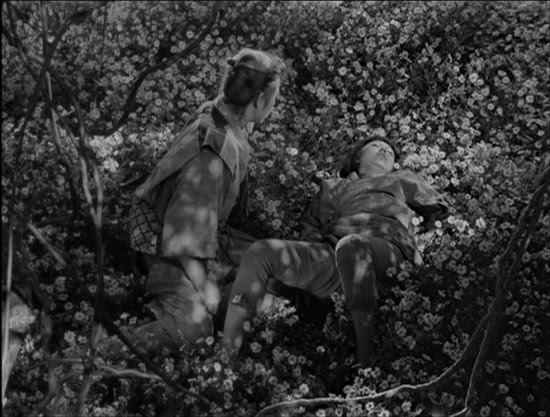 I've seen the movie eight billion times. I watched it again last night and it still has an impact, even though I was able to anticipate a lot of lines and had to stop myself from analysing too hard during certain scenes. I first saw it in high school, the last time I watched it was around a year and a half ago with Amee when she visited and it still felt like yesterday. Amee liked Kikuchiyo best, like me, and like most people. Why is Kikuchiyo so great? 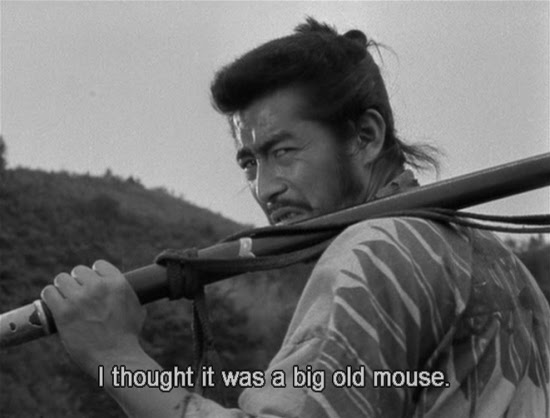 Like Katsushiro, he's pursuing an ideal of being a samurai. Perhaps we respond better to him because he does so from a less innocent perspective. He's seen samurai abusing helpless farmers.

I think the fact that Kikuchiyo continues to believe in the ideal despite reality is what makes him great. Even the reality of his own abilities--he doesn't have the poise and the tact of the men who were born and bred into the lifestyle and he doesn't have the training. He constantly screws up, as when Kambei and Gorobei finding him sleeping on the job. 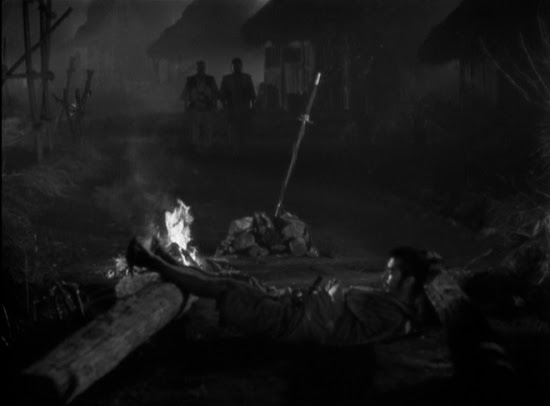 I like that Kurosawa doesn't show Kikuchiyo's pursuit of his dream as automatically making him a practically effective warrior. It honestly reflects the all but impossible nature of what he's trying to do, and somehow that makes what he accomplishes the more effective, the more sharply universal even as he's so different from every other character. 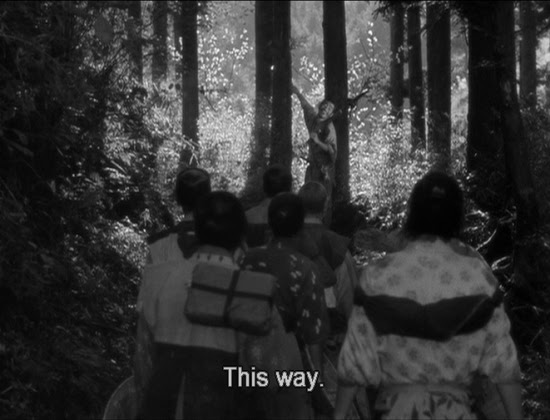