A Barrel of Ghosts

Having mentioned Robert Pattinson a couple days ago seems to have directly led to a big uptick in views of both this and its mirror (as well as some additional spam). I'll admit I'm not even close being a Twilight fan, but I got nothing in particular against those who are--I've seen massive clumps of you at Comic-Con and you seem like nice people. Anyway, I have my own favourite gloomy pale Brit;

I've been watching Quantum Leap lately. I'm not sure why I was in the mood, maybe I just wanted a regular dose of Dean Stockwell. Anyway, I don't think I've ever seen the show from the first episode--it was the sort of thing I used to have on television while I was making dinner or something. My parents were really into it, I remember.

I'm three episodes in--it's not too bad, the premise is of course ridiculous but the story in terms of characters holds together relatively well and Scott Bakula and Dean Stockwell have great chemistry. The ridiculous premise(s), though, has so far been the most fascinating thing to me from a sort of anthropological perspective. We never get any explanation as to how and why the Quantum Leap project team assume God is behind Sam's leaping--these people are supposed to be scientists but they're very quick to resort to just saying, "God's doing it." We never find out how the computer determines it's good deeds Sam needs to accomplish in order to leap to the next life.

At the same time, in the third episode, there's a stripper character introduced, a girlfriend to Sam's latest host persona, whose stripping comes into play as a distraction during a boxing match Sam hopes to win. When she seems to feel down on herself, Sam takes her by the shoulders gently and says, "You're a stripper. That's a profession." She's essentially a stock character, and yet there's an evident basic respect on the part of the writers for stripping as an honourable profession. I don't recall seeing anything like that in modern television and movies. So Quantum Leap is a show that casually accepts both God and stripping without seeming particularly mindful of the political sensibilities surrounding either. It occurs to me media has gotten much more polarised.

In just twenty years, too, I think we've become an audience far less interested in the supernatural as anything besides haunted house scares like the Paranormal Activity movies, or "dark" fantasy like Twilight, which is about naughty role play, really, without being actually naughty. I think this is why Spielberg and Lucas decided, disastrously, to make Kingdom of the Crystal Skull about aliens instead of spirits.

Most of the students in my American literature class seem to be pretty religious and judging from poll numbers, we have a lot of religious people in this country. Somehow all their TV, music, and movies have gotten to be really shitty, though. I mean, what options do they have? Christian rock, OWN?

On Wednesday, my American literature instructor revealed to the class that he's a paranormal investigator. He scoffed at shows like Ghost Hunters, telling us the reality is very different from what is presented on TV, that 99.9% of the time he and his team find no evidence. They mostly just sit in the dark for long periods, waiting. He did describe once hearing and even conversing with the voices of recently dead children in the burnt remains of a home with his team present. 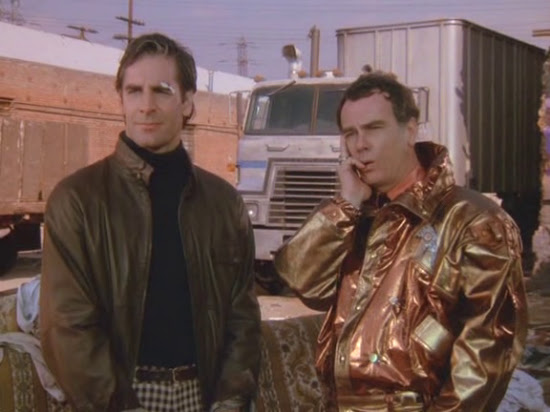