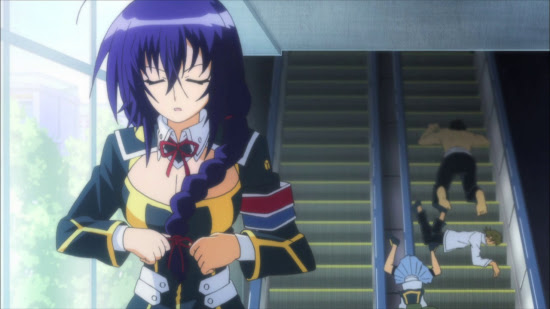 If, like me, you're bored by supposedly action anime where people stand around making speeches at each other about what great fighters they are before summoning combat powers in the form of easy to animate light shows, you'll be delighted by the first episode of the second season of Medaka Box, or Medaka Box: Abnormal (めだかボックス：アブノーマル) which aired a few days ago. Abnormal's a perfect name for any GAINAX series, really, which are always so wonderfully but casually abnormal. Not necessarily by doing anything particularly crazy (though they do that, too--see Panty and Stocking with Garterbelt), but often just by making a show about creating story and character rather than cobbling together the acceptable prefab elements which has led to the extraordinarily stale atmosphere dominating anime to-day. 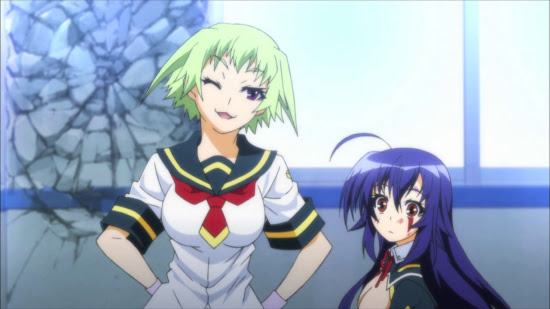 The improbably proportioned Medaka returns, but this episode is really more a showcase for ex-captain of the judo club Nabeshima. It's also an episode about how dumb geniuses can be.

It continues the first season's theme of administering justice and it looks as though this season is going to concentrate on the meaning of personal worth in a society where people are segregated based on talent and innate ability. 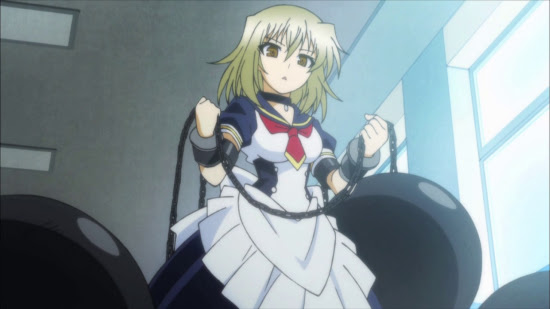 A new character is introduced, the sister of the evil little boy Medaka beat up at the end of the first season. This new character dresses as a maid for no apparent reason, I guess because the fetish has simply reached that point in Japan, and wields massive iron balls from chains which she swings at Medaka. The girl speaks entirely in numbers, a code only Medaka manages to decipher.

Medaka doesn't dodge the attacks because, she reasons, the girl has no reason to attack her and therefore Medaka has no reason to dodge, since she abhors violence. So Medaka checkmates herself. But the Unzen girl is also on too high an intellectual altitude for her own good--when Nabeshima, only a "special", a judo captain, not an "abnormal" like Unzen and Medaka, manages to trick Unzen with simple, only slightly unorthodox, judo techniques, like a punch to the face. 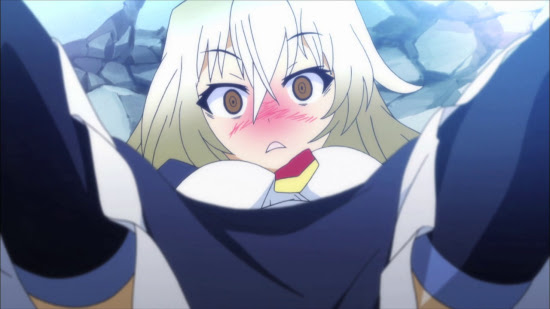 It would be nice to see that happen in anime more often. It's such a satisfying story technique, too. It's like Sanjuro beating the gunman in Yojimbo. 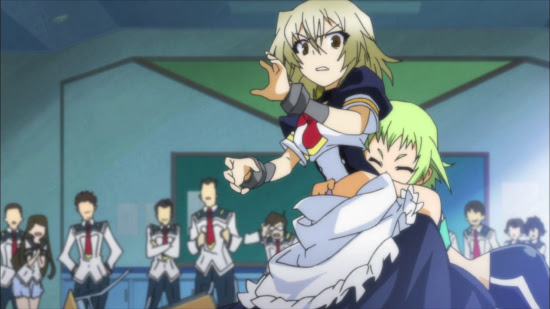