The Gaze has No Sex 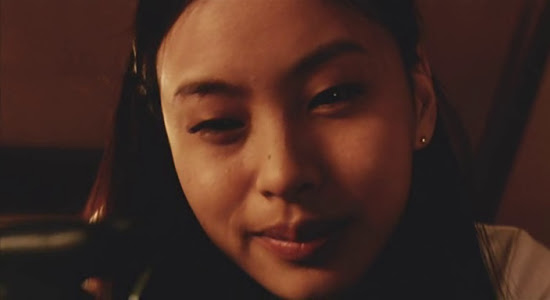 In the right circumstances, you can learn a lot from a psychopath. Takashi Miike's 1999 film Audition (オーディション)* is great for a lot of reasons, one of them is in how it uses a psychopathic character as an embodiment of intellectual replies and emotional reactions to aspects of culture. It's an effectively told horror movie, a commentary on gender relations, and a fascinating experiment with narrative, each of these elements functioning in service to the others.

Aoyama, a middle aged man with a teenage son from a wife who died seven years earlier, decides he wants to get married again. His friend, a film producer, comes up with the idea of setting up a false audition for a movie with the intention of giving Aoyama a forum to choose a potential wife. Here we set up the guilty protagonist aspect of the story that creates tension throughout the film as Aoyama initially resists the idea, wondering if they're doing something criminally fraudulent. 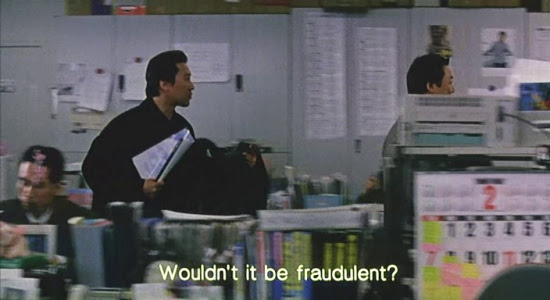 He expresses this feeling to his friend as they hurry through an office, shot from a distance emphasising the environment and people around them who might overhear the conversation, a more or less typical way of conveying a sense of a character's self-consciousness. But the POV of this movie turns out to be anything but typical. Although Aoyama is in almost every scene in the movie, the camera does things that suggest perhaps it's not his point of view from which we're seeing this story at all.

Going through résumés of actresses before the audition, Aoyama finds himself drawn to an applicant named Asami Yamazaki from a story she relates of how she trained throughout her youth to be a ballerina but had to give up this dream because of a broken hip, something she likened to death. Aoyama sympathises with this as it seems to remind him of the change his own life underwent after the death of his spouse.

So he has an earnest desire for a connexion with the woman he might meet through this phoney audition. At this point, I was beginning to wonder if I'd been misinformed and I was in fact watching a romantic comedy rather than a horror film. But I was divested of doubt when I saw how Asami's audition was shot. 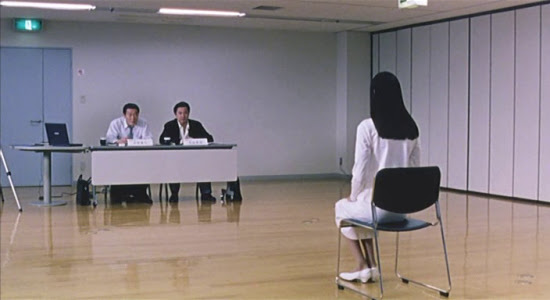 The common wisdom on how this sort of scene should be shot would be to either exclusively show Asami sitting in centre frame replying to questions from off camera or to occasionally cut back to a close up of Aoyama to show his confirmed attraction to the woman he'd previously known only through her résumé. Instead, we start behind Asami and slowly the camera pulls into Aoyama and stays on him for most of the audition. The camera eventually briefly cuts to Asami a couple times, but mainly the feeling we're left with is that Aoyama's the one auditioning for her. 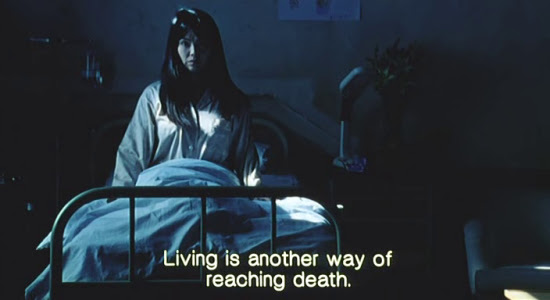 Aoyama's friend, the producer who'd come up with this scheme, immediately feels uncomfortable with Asami, perhaps sensing the eerie way she's turned the tables on them. We learn later that nearly all the information she's given them isn't true, all of it designed to manipulate them. In fact, Asami's entire personality is composed of how she's reflected by the reactions of men. We see her in her apartment, sitting still with her head drooping like deactivated robot in front of the telephone, as though she has no meaningful existence until Aoyama calls her. 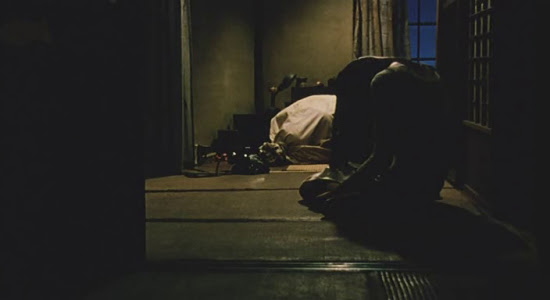 There's discussion between Aoyama and another man early in the film of the extraordinary loneliness of Japanese men. When Asami's introduced, we see how Japanese culture attempts to alleviate this loneliness with the beautiful artifice Asami embodies.

We get a more or less typical back story for Asami of childhood sexual abuse told in a rather atypical way. We see moments of her childhood abuse suddenly in scenes where Aoyama is talking to her former ballet instructor and perpetrator of abuse--information Aoyama, our ostensive POV character, is unaware of, again subverting our presumption of the POV.

We see eventually that Asami cannot live on pleasing men alone, but she has been an object of men's sexual urges all her life and has had little opportunity to find ways to express her own desires. In addition to impairing her ability to empathise with others, it leads to her humanity expressing itself through sadistic torture, the urge to destroy being more primal than the urge to create. 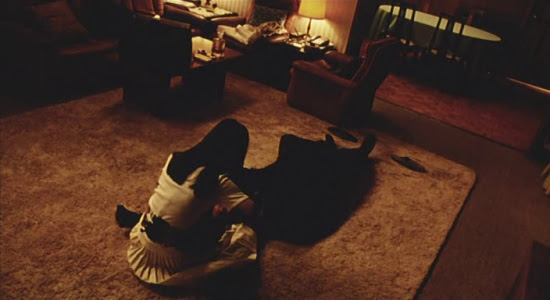 The torture in this movie is wonderfully disturbing, I must say. I've seen few films that so satisfyingly go over the line as this one does.

She mentions to Aoyama how she knows that men hold auditions for young actresses and all the while their real primary motive is sex. In this case, she doesn't know how right she is. And yet, Aoyama isn't really a bad guy and he wasn't really seeking an imbalanced relationship with a woman. This movie shows how such inequitable, voyeuristic "auditions" are a bad thing for both men and women. 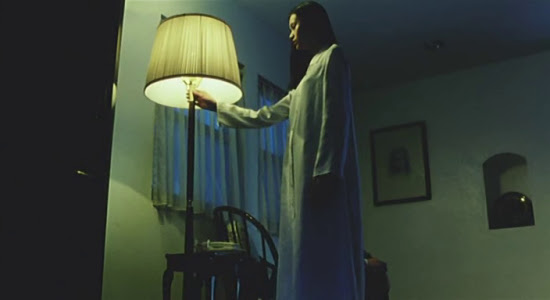 *Those familiar with katakana know that this is pronounced "Odishon", which is of course a rendering of the English word "Audition". Why someone at Wikipedia feels the need to phonetically write English titles expressed through Katakana is beyond me.