The Point of Disconnect 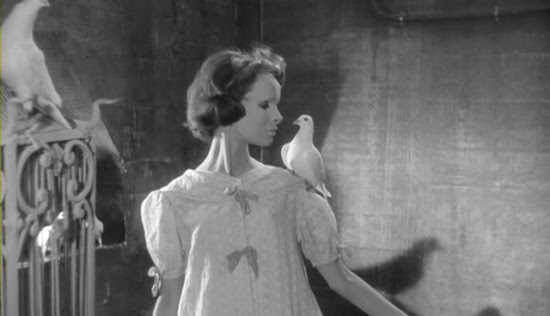 The title of 1960's Eyes Without a Face (Les yeux sans visage) led me to expect a film about an ultimate voyeur, someone who could see but whose identity or expression could never be known by his or her subjects of observation. The fact that it features a screenplay by Boileau-Narcejac, who wrote the books which Vertigo and Les Diaboliques were based on, led me to expect a film of psychological depth. The movie didn't quite live up to my expectations on either count, but it's a good movie, its virtues in a more superficial aesthetic poetry and an interesting reworking of Frankenstein. 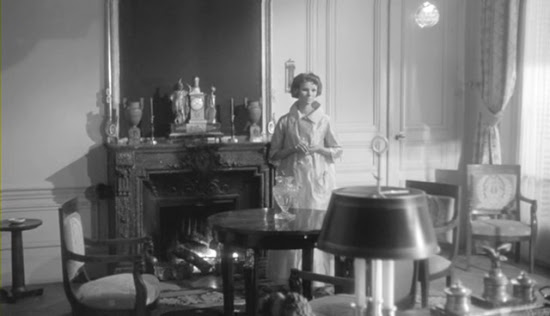 Actress Edith Scob spends most of the movie wearing this mask but she nevertheless creates a character through her timid and strange movements of eerie grace and animalistic simplicity. Her relationship with her surgeon father comes off as a relationship between pet and master, added to the fact that throughout the movie he's attempting to restore her destroyed face it makes the movie an even more blatant commentary on the inequitable and disconnected relationship between men and woman also explored in Vertigo and Les Diaboliques.

He holds himself responsible for his daughter's disfigurement, as apparently he was driving the car when the accident occurred that led to her injury. I was reminded of the Strangers with Candy episode "Hit and Run" where Stephen Colbert hits Paul Dinello with a car, Dinello's injury somehow taking the form of a perfectly extracted face, a rubbery mask-like thing caught in the grill of Colbert's car. It seems to me now the episode was likely a parody of Eyes Without a Face, though I think in the movie the story was more likely that Scob's face was severely damaged and what remained of it was surgically removed by her father in his first attempt to replace it. 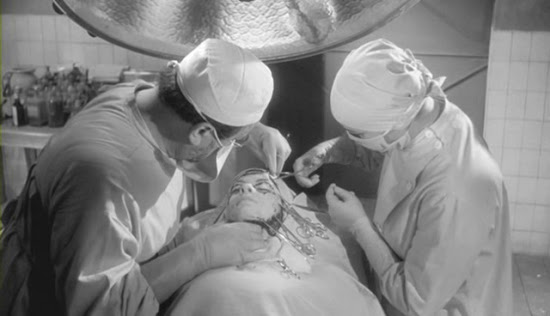 For some reason, Scob's body continually rejects new faces, despite the fact that her father had previously succeeded in the same surgery with the woman who now serves as his henchman, luring young women to the doctor's home and dumping their bodies after he's extracted their faces.

The similarities to Frankenstein are unmistakable and just as in Mary Shelley's novel, our sympathies are with the "monster", though the man playing God is not an entirely unsympathetic character, motivated by his own guilt and attempt to fix problems that are persistently insoluble. 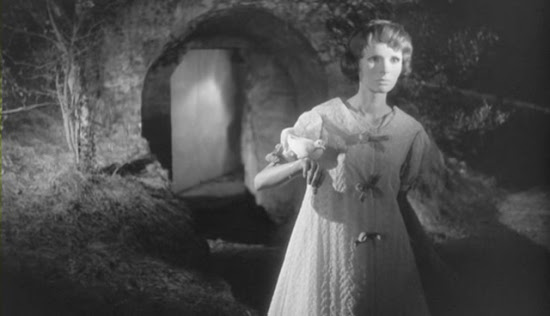 Happy Halloween, folks. Once again, I have to spend it at school. I need to take a closer look at the calendar before registering for classes.