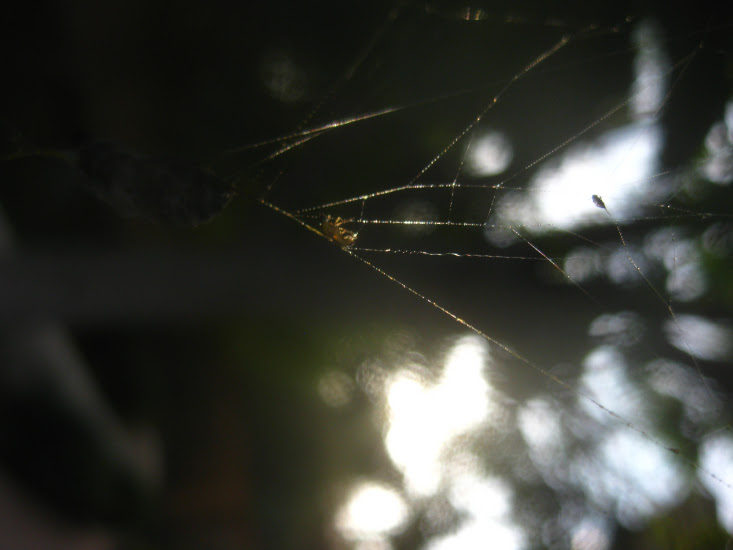 There were three more bees, among other things, in the web to-day. I've never seen such a successful web. I may soon be seeing the fattest ever garden spider. 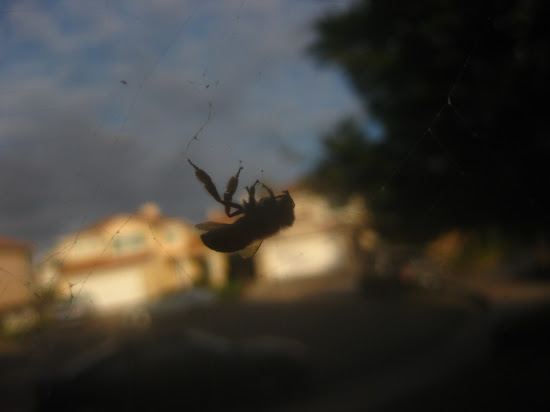 Feeling so spacey to-day. This morning the neighbours had some sort of machine going, I don't know what, just that it made a loud rrrrrrrrrrrrrrrrrrrrrrrrrrrrrrrrrr beginning two hours before I meant to get up. This puts a cap on about a week of general spaciness.

If that's the word. I don't know. I go through these periods sometimes where it feels like my brain just isn't too sharp. Before making yesterday's entry I thought to myself, "Okay. This is going to be the day where I write a blog entry and catch every typo." And it wasn't until around midnight or so when I realised I'd failed for the sentence, "I suppose the big leap is in the more advanced character creation mode, which now, in addition to allowed you to change your character's clothing parts and intermix them from a broad selection and allowing you to change face, hair, and colouring . . ." My hand types words sometimes and my brain just doesn't bother noticing precisely what they are. There's been at least one of these in every entry for days and it's frustrating. My game is off in chess, too. I'm making consistent, big blunders. I finally broke a five game losing streak this morning, blearily over coffee because of the not having got enough sleep.

Anyway. I think I'll go have tea and watch the debate now. This was a short entry but I'd bet money there'll be a typo left over even after I've gone over it three times. 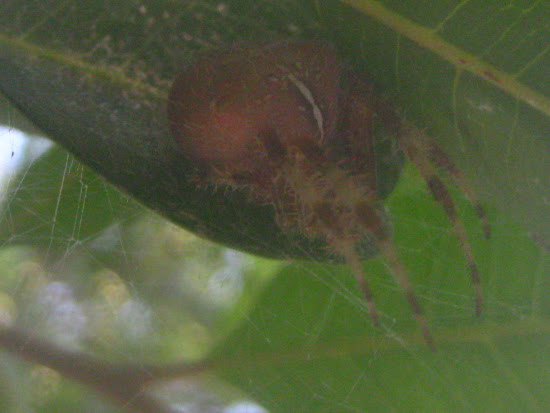 Posted by Setsuled at 5:39 PM
Email ThisBlogThis!Share to TwitterShare to FacebookShare to Pinterest