Whose Something is Really Nothing? 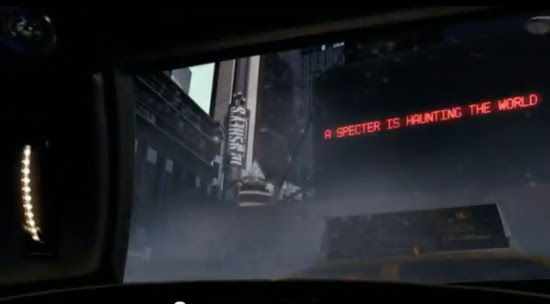 What's deadlier, faith or cynicism? This question is at the heart of David Cronenberg's 2012 film Cosmopolis, the story of a nihilistic young billionaire played by Robert Pattinson and a day he spends crossing New York to get a haircut, over the course of which he loses all his money, his wife, and perhaps his life, and none of it seems to really make an impression on him. As a sort of consummate hipster, he drifts through life in an impenetrable invisible cloud of bullshit, symbolised by the almost sound proof stretch limo wherein most of the movie takes place. The movie beautifully serves up a concrete picture of the frustration and fundamental inquiry most intelligent people have for modern culture.

The movie opens with a quote from a poem that imagines a world in which rats become the dominant world currency, an idea which amuses Eric (Pattinson) a great deal and he trades jokes with his twenty year old genius assistant about people stockpiling large quantities of dead rats causing health hazards. At one point Eric asks his assistant why airports are called airports and the assistant replies, "I know if I answer that question you'll lose all respect for me."

This movie is like A Dangerous Method, Cronenberg's previous film, in that it consists primarily of dialogue and through this copious dialogue we see how Eric and everyone else in his social and business circles keep themselves aloof from one another in stratospheres of intellectual superiority, or conceptual superiority, the idea being apparently never to let anyone pin down your patterns of thought. 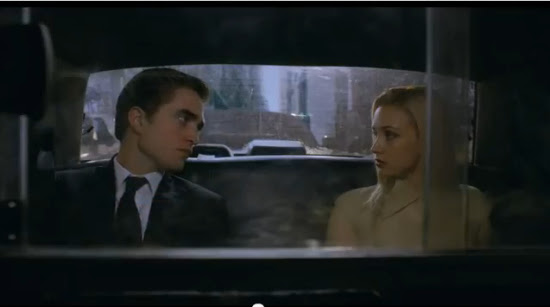 Incredibly, Eric's married to a poet, an icy young woman who compliments his personality that's obsessed with numbers and logic with a similarly disconnected obsession with abstraction, constantly removing herself in their conversations to rhetorical inaccessibility, responding to his constant requests for sex with constant evasions to higher conceptual ground--one senses physical contact for her would be an unthinkable submission to the carnal reality Eric dominates. 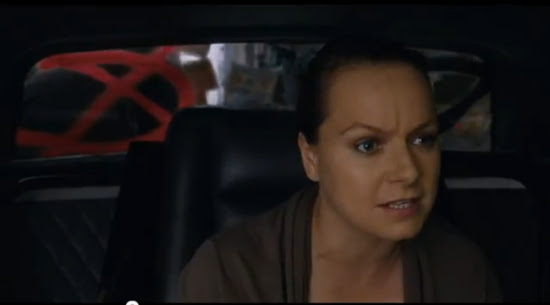 Samantha Morton plays a strange sort of advisor to Eric and she and him coolly discuss the nature of the world and modern culture in his limo as they drive through protestors using rats and rat suits as a symbol of their rage against capitalism in an eerie reference to the poem Eric was discussing at the beginning of the movie. They watch as one protestor sets himself on fire, and Morton says, like another supreme hipster, that it's so unoriginal, and she talks about the Vietnamese monks who lit themselves on fire with apparent reverence, like a hipster talking about how great music or nightclubs in the city used to be in some scene her audience couldn't have personally witnessed.

Eric, though, remarks on what it must feel like and seems to have some detached respect for that unoriginal protestor. We sense a growing dissatisfaction with himself that finally manifests in a full blown path of self destruction in the latter portion of the film. 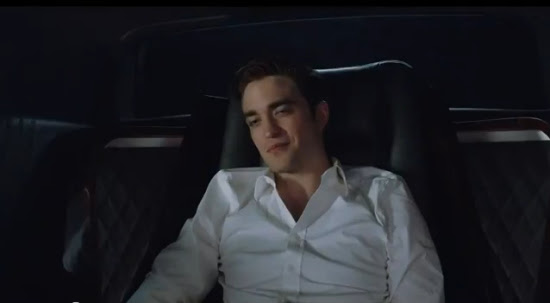 Robert Pattinson doesn't give a bad performance, but it's not really a great one either. In fact I wondered if Cronenberg cast him in the film with much the same intention as Stanley Kubrick had in casting Ryan O'Neal in Barry Lyndon, to get someone authentically shallow to play a shallow character. Tellingly, in the most emotional moment Eric has in the movie, when a protestor manages to smash a banana cream pie in his face, Cronenberg avoids showing Pattinson's face, shooting from behind the actor as he angrily beats the protestor. Eric, despite his detachment, has an enormous amount of pride, and indeed it's this pride that provoked his detachment to begin with. As Paul Giamatti's character remarks at the end, Eric even wants to be the best at self destruction. 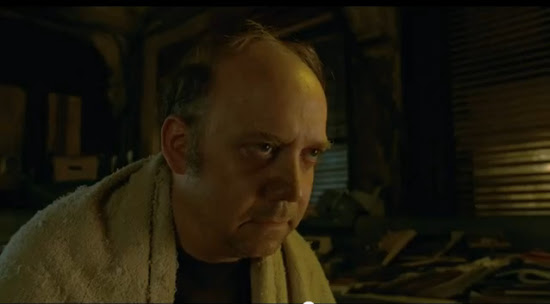 Giamatti plays a man who's been trying to assassinate Eric throughout the film and the last scene of the movie is dialogue between him and Eric, each representing a side in the conflict for deadliest--faith or cynicism. He appears wearing a towel draped lightly over his head and seems like a clergyman of sorts, almost a father confessor to Eric. "I have an asymmetrical prostate," Eric tells him, something he'd discovered from an exam earlier in the film.

"So do I," says Giamatti and for a moment we wonder if there's some kind of meaning in this. When Eric asks why Giamatti wants to kill him, Giamatti says he could be trying to kill him because his toe fungus talks to him and told him to because faith is that strong. But Eric isn't really asking because he wants to know Giamatti's reason--he does it out of old habit, just as he'd asked his assistant what the word airport meant. Eric may be trying to self-destruct, but his mechanisms of self-preservation are too automatic and too good--Giamatti, the man of faith gives one reason after another, each one dispelled by Eric's cynicism--Giamatti says he wants to kill him because he hates the rich, Eric says, no, because everyone goes through life hoping they can be rich. Giamatti says its because Eric's existence erodes the quality of life for millions of poor people, Eric says, no, Giamatti's character doesn't really care about anyone else, that's not why he wants to kill him.

The question of who wins out in the end is left wisely unanswered by the film. 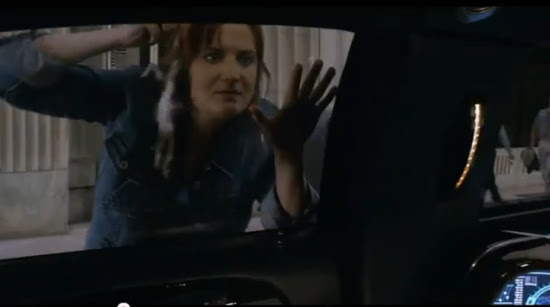 Posted by Setsuled at 7:36 PM
Email ThisBlogThis!Share to TwitterShare to FacebookShare to Pinterest