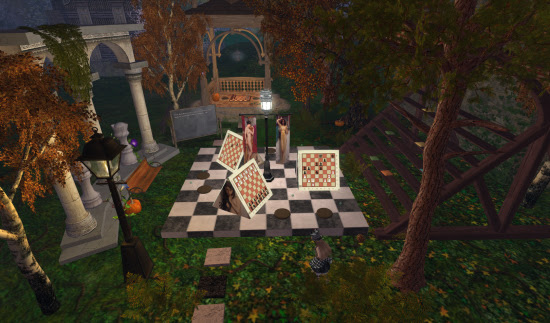 This was the setup I put together for to-day's chess tournament, donations from which went to the Feel Your Boobies breast cancer charity. We raised just over twenty dollars, though I think the bulk of it was contributed by Serra, a "BoobieThon", as it's called, organiser and owner of the Winterfell sims. Around twelve or so people showed up, only four of whom were brave enough to play. I had hoped for six players but it was a lot to keep track of anyway, helping some of them to use the Tano Toll 2D boards I decided to go with as well as keeping track of score and rounds. One player was brand new to SL, but managed to function well enough. 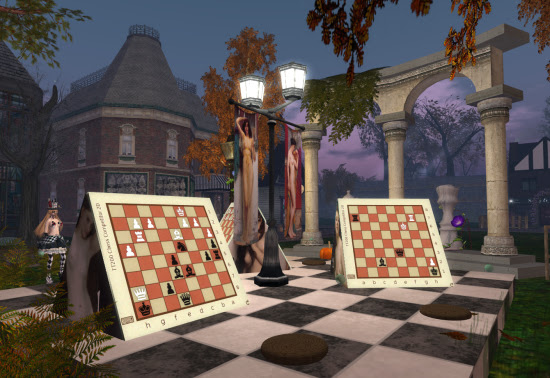 I decorated with as much bare breast artwork as I thought aesthetically sustainable, all of it Pre-Raphaelite in keeping with the sim's Victorian theme. My avatar wore an amalgam of different chess outfits; 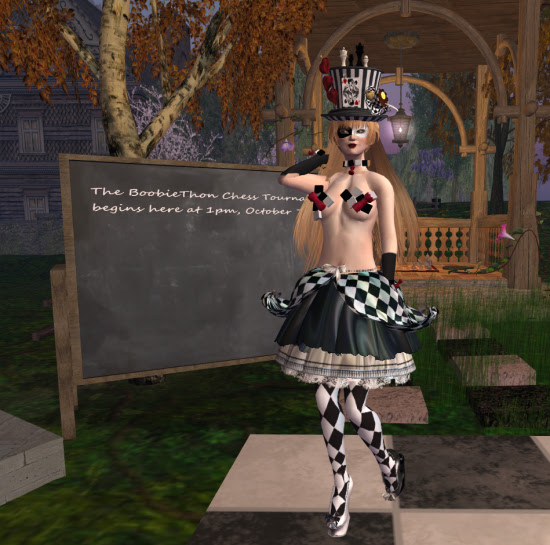 I watched the tenth Doctor Christmas special, "The Runaway Bride" last night, one of my favourite of the Russell T. Davies era. I don't think I'm ever going to warm up to the over the top finales of the Davies era, but at this point I'm able to appreciate what he did well a lot better. There's a greater imagination for concepts in the Moffat era, but the characters generally seemed to have better chemistry in the Davies era. The Doctor and Donna, in this one episode, have more satisfying chemistry than River Song and the Doctor have had for her entire run on the show. There's a give and take between the Doctor and Donna to get a handle on--she doesn't know how much she can trust him, she feels vulnerable and angry, while he immediately presumes the familiar Doctor/Companion dynamic, either for his wisdom or his faith in humans. There's an interesting process Donna goes through in finding her footing in their relationship, from understanding he's a good man who knows a lot more about some stuff than she does, to the realisation that sometimes he needs to be "stopped" and she may have better insight into some things. River, meanwhile, is always either exposition or innuendo, there's little in between. She and the Doctor feel uncomfortably sometimes like a pre-school teacher flirting with one of her brighter students.