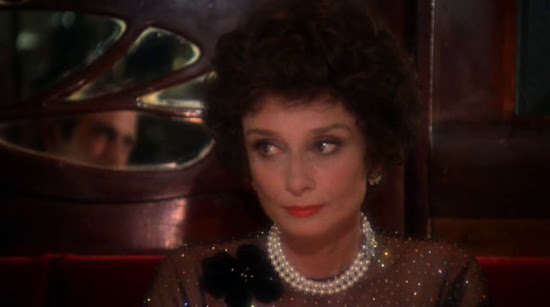 I'd really like to recommend to you a movie starring Audrey Hepburn, James Mason, and Omar Sharif with music by Ennio Morricone but, in good conscience, I can't. Then again, maybe I can because 1979's Bloodline isn't just bad, it's awesomely dumb. I don't know where to begin. The police inspector played by Gert Frobe who solves crime with a talking computer? The totally extraneous snuff film subplot? The moment of panic when Hepburn, calling from London, asks the police to meet her immediately in Sidonia because "it's urgent!" and won't say why over the phone? The factory fire apparently portrayed by a still photograph held to a cigarette lighter? 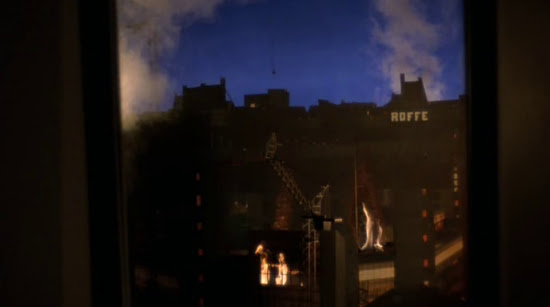 Hepburn almost single-handedly elevates the proceedings--she was still a good actress with a fascinatingly earnest, idiosyncratic delivery and she was still a great dresser, wearing a number of flattering frock coats throughout the movie. 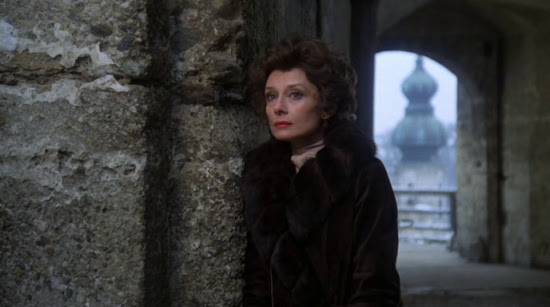 Here she is in Poland with a fur frock, wandering the streets where her recently deceased father grew up a penniless apprentice to a local doctor, father of the woman who eventually because Hepburn's mother, and we see her parents in flashbacks actually sharing this exchange;

"My father will never allow it." 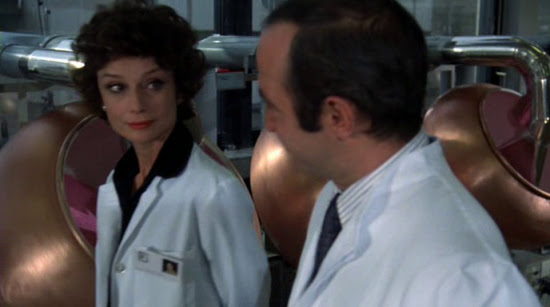 And a doctor he became as well as the head of a pharmaceutical company that at one point Hepburn remarks is "as big as General Motors!" in probably much the way someone at General Motors might randomly observe their company is as big as Toyota.

Hepburn has recently inherited controlling stock of the company after we're shown footage of a dummy representing her father being thrown off a cliff. 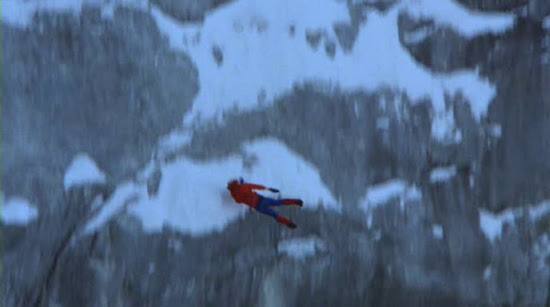 The other shareholders are presented as possible murderers, among them Omar Sharif as an Italian stereotype who has children with a mistress who's constantly threatening to reveal herself to his wife, James Mason as an MP whose wife has a huge gambling debt, and Ben Gazzara as a guy who doesn't say much so Hepburn falls in love with him. 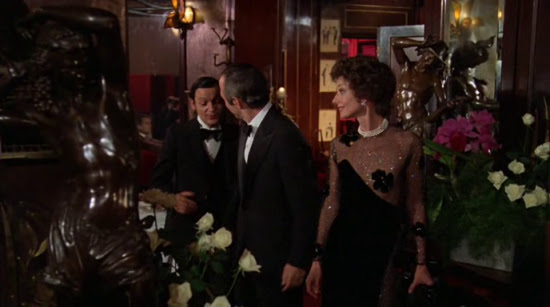 Which of course brings us to Paris (it is an Audrey Hepburn movie, after all) where Hepburn makes a rare wardrobe misstep in this number which probably wouldn't looked good on anyone but it would have to be someone bustier than Hepburn to have any chance.

On their first date Hepburn almost runs out on him because two girls at the restaurant talk to him and obviously know him.

Meanwhile, we're shown scenes of naked women being strangled by a naked bald man while being filmed which leads to a shot of a naked woman actually being pulled out of the Thames, right in front of Westminster Palace. 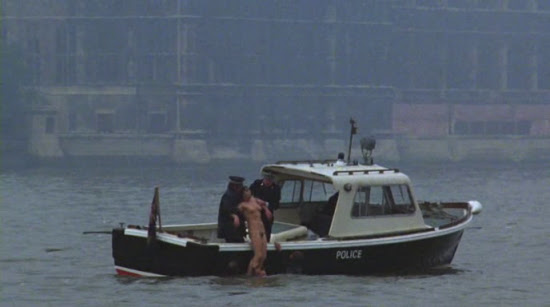 It's a shame the whole subplot was totally irrelevant. Maybe the guy organising the snuff films was the same guy who killed Hepburn's father, who knows? The two crimes are never linked in any way. It contributes to the impression of a screenplay probably written in crayon. 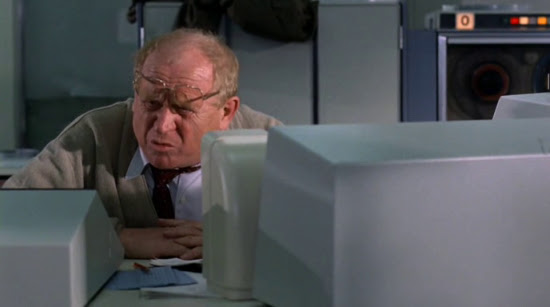 Posted by Setsuled at 6:27 PM
Email ThisBlogThis!Share to TwitterShare to FacebookShare to Pinterest