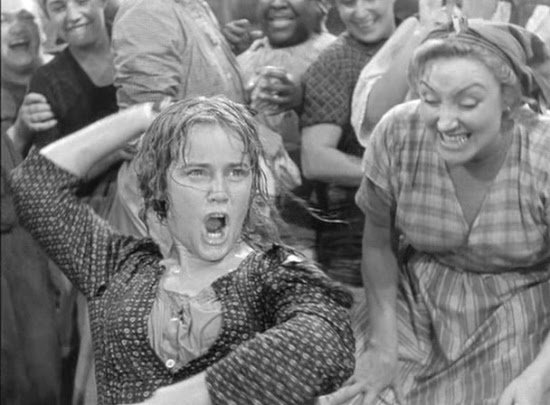 Victorian French laundry is pretty exciting especially as a theatre for a sopping wet brawl between two beautiful young women. That's my favourite scene in 1956's Gervaise, an adaptation of Emile Zola's 1877 novel L'Assommoir, which I suspect is somewhat less melodramatic than this entertaining and interesting but ultimately lightweight film about a pretty and unlucky woman.

Maria Schell plays the guileless and pure hearted Gervaise who lives in a miserable, crumbling flat with her two kids while her boyfriend, Lantier (Armand Mestral), tends to spend most of his time in a brothel across the street. 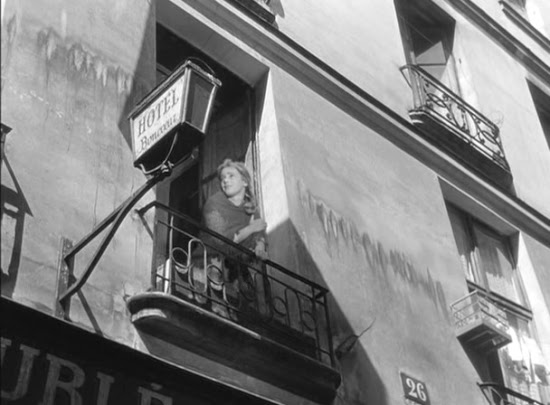 It's in the laundry Gervaise learns Lantier has finally run off with another woman. The woman's sister, Virginie (Suzy Delair), is at the laundry and laughs cruelly at Gervaise. Gervaise tosses a bucket of water at Virginie in retaliation and the battle begins. 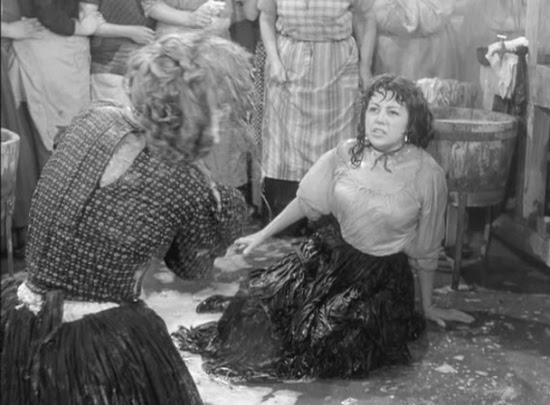 I was already enjoying the scene for its detailed recreation of a public nineteenth century French laundry room. The room filled with women scrubbing and the proprietors up on the catwalk, the occasional trips to the boiler in the middle of the room. Incidentally, according to Wikipedia, Gervaise is the most expensive non-English language film ever made--214 million in 2012 American dollars. I can't honestly tell where the money went just from watching it unless a lot of the places I took for locations were actually massive sets. Or maybe a lot of it went to Suzy Delair's salary as compensation for Maria Schell straddling her, lifting her skirt, tearing her knickers at the seat and paddling her bare bottom. 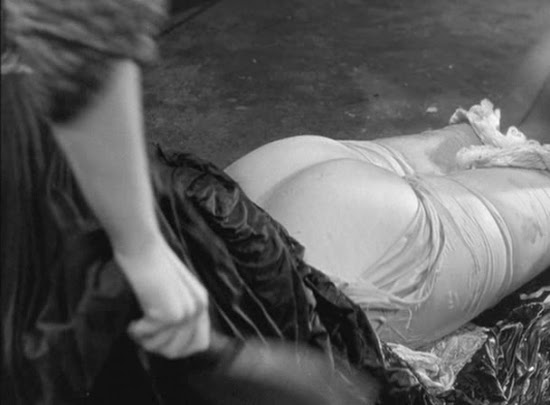 After this episode, Gervaise moves and marries a roofer named Coupeau (Francois Perier). She opens her own laundry and things seem to be going well until Coupeau injures himself falling off a roof and becomes an alcoholic in the aftermath. 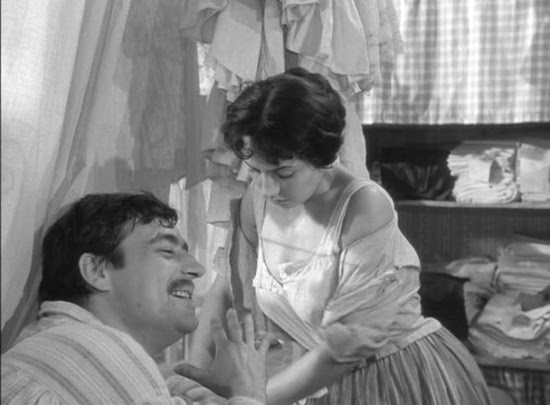 In a melodramatic perfect storm of embarrassment, Gervaise throws herself a Name Day party, invites the whole neighbourhood, and Lantier shows up. Instead of beating Lantier as he promised, the already embarrassingly drunk Coupeau takes an immediate liking to Lantier and invites him to live with him and Gervaise. 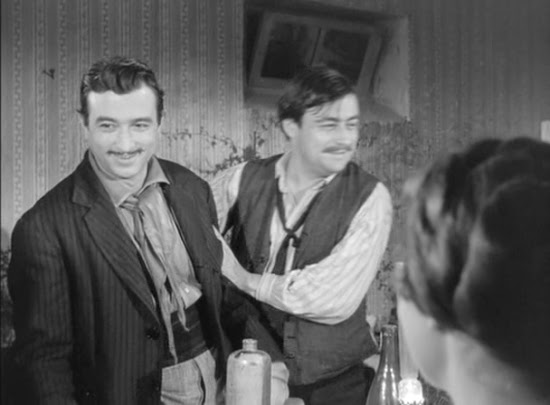 I think they were united in moustachery. I looked at the two wondering what they reminded me of and finally I realised they seem like drunken, womanising French Super Mario Brothers.

Ultimately, the point of the film seems to be that we should feel really bad for the perfectly innocent and pretty Gervaise to whom all sorts of bad things keep happening. Despite this, the film is rather charming, mostly for the ragged assemblage of supporting characters. The gossipy neighbour women, the big busted woman who works at Gervaise's laundry whose chemise always seems to be falling off, the drunken old man who solemnly accepts the party invitation so there can be more than 13 people at the party, the people at the burlesque show Lantier takes Virginie too. It's all rambunctious, delightful, idealised old French city working class. 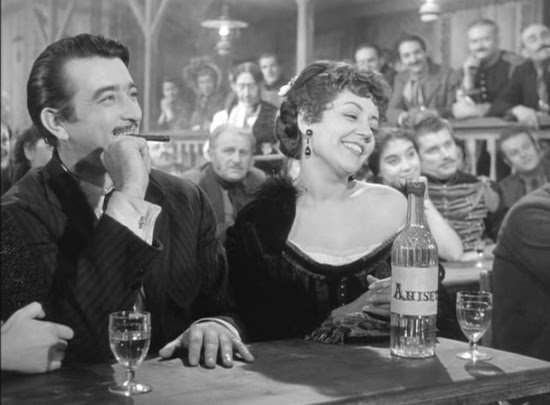 Well, Coupeau dies of delirium in a padded cell, and Gervaise dies of starvation, cold and exhaustion. That's the actual book.

I'd like to bring a small precision: in the spanking scene, it's not Suzy Delair's derriere that we see, but that of a body double: a French stripper and singer named Rita Cadillac (en.wikipedia.org/wiki/Rita_Cadillac)