I See Your Vampire Hand and Raise You One Better

Okay, I was going to write about a movie to-day but this list of 8 "badass" vampires on i09 is so pathetic I feel obligated to create my own List of Vampires More Badass Than the Ones On the Io9 List. Not that it's so hard since the io9 list includes Alucard from the lousy anime series Hellsing and the whiney Bill Paxton vampire from Near Dark. You just don't get much farther away from badass than any Bill Paxton role ever. Not that I have anything against Bill Paxton. I love him in Aliens because he brilliantly plays a whiney douche in it. That's what he does best and I certainly give him credit for it.

Mind you, this isn't a list of great vampire movies (though some of them are great) but of badass vampires. Jesus Franco's film is not very good but it's no worse than Hammer's Dracula. However, unlike the essentially voiceless mugger Lee plays in the Hammer films, in Franco's film he's given opportunity to show he can play the undead warlord aged under layers of cool you only get with centuries.

7) Mathilda May as Space Girl from Lifeforce

io9's list included no women, I suspect because the list's author subconsciously doesn't think women can be badass, but tell that to the Space Girl from Lifeforce who strolls about totally naked, killing thousands of people slowly and painfully while seeming only hungry and mildly, sadistically amused. 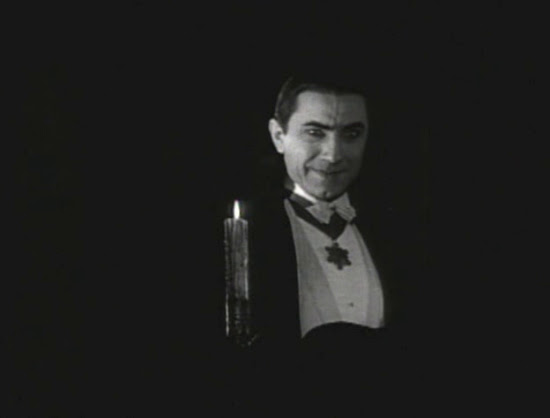 The io9 list makes just an off-hand, dismissive mention of Lugosi but the ruthless hunger and elegance he exudes at the beginning of the Tod Browning film is too magnificent to ignore.

5) Lina Leandersson as Eli from Let the Right One In

This kid is cool as ice. And sure, he's not above attachment, but you notice there's never a moment in this movie where Eli entertains the idea of feeling sorry for who or what he is. 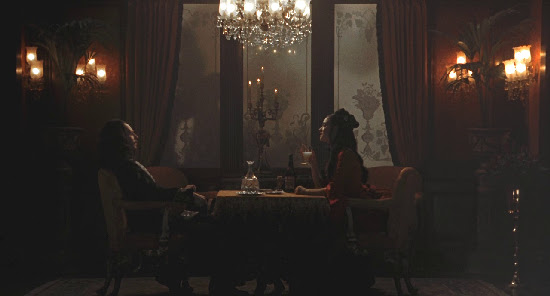 Also not above attachment but as a commenter on the io9 article noted Oldman's version of Dracula becomes a vampire through pure, spiteful will, cursing God and drawing blood from a crucifix. I don't care how secular you are (and I'm pretty damned secular) that scene has to fill you with a little awe at the sheer wrongness and the furious wickedness of this Dracula. 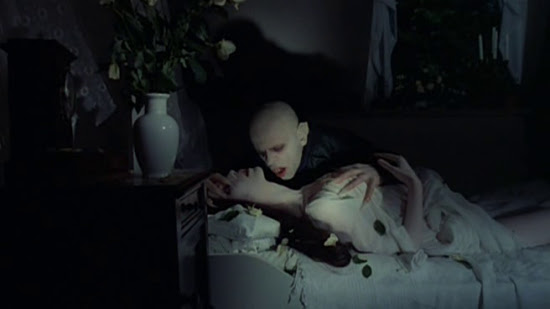 I do give the io9 list credit for at least mentioning the original Nosferatu but I thought Kinski in the Werner Herzog remake was at least as good as Schreck in the original. They're both versions of Dracula that emphasise vampirism as a physical disease but Kinksi brings his peculiar, captivating, focused fury to the part. 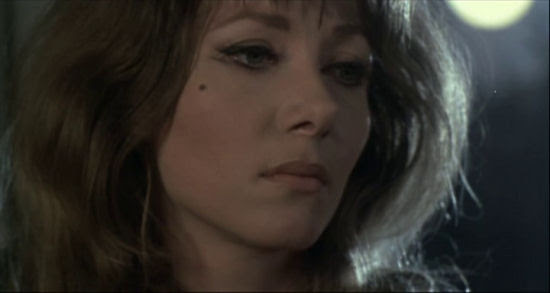 Like Eli, Mircalla grows attached to humans and never seems to feel guilty over who she is. She snacks on peasant maidens and keeps a house of favourites in her thrall. There is a sadness about her but it's not that she's cursed with vampirism but rather that she's forced to live in a world with humans who would condemn her for her nature. Ingrid Pitt brings a performance that conveys extraordinary intelligence and sensitivity. 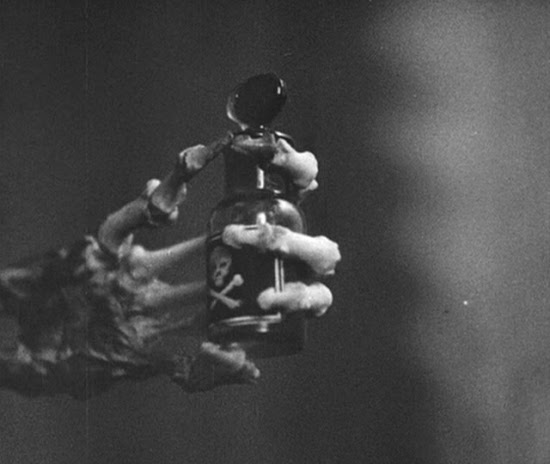 1) The Vampires from Vampyr

The ambiguity of these vampires is a big part of the awe they inspire. They're shadows, they're ghosts, they're dreams. They're the suspicious man at the top of a stairway, the familiar doctor, the quiet, fussy old woman, the image of flashing death. The boundaries of their power are unknown, the logistics of victory rely entirely on forms of instinctual logic the normal human mind recoils from examining in itself.

Odin's horse stands over the hat brush.
Ants devoured the whole butter camel.
Half a dozen minute hands beat a rush.
Rugen's custom glove caressed his pommel.
Parnassus preys on a pacifist Kirk.
A revolver finds a metal haven.
On small cubes special black dots lurk.
Ock, Vulture, Baker, Dillon, Beck, Kraven.
Fruit gum zebras puked on the blonde Doctor.
Andrew left to Digory a green sign.
The sum was not found on Goody Proctor.
I mind it didn't turn out to be nine.
This night when these same geese are a laying
The Count laughs as you know what he's saying.

Posted by Setsuled at 4:05 PM
Email ThisBlogThis!Share to TwitterShare to FacebookShare to Pinterest