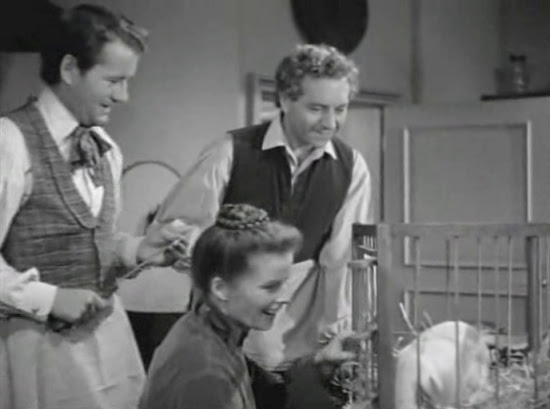 When one thinks of Clara Wieck, Robert Schumann, or Johannes Brahms perhaps one doesn't immediately think of eight rowdy children, a much put upon housemaid, and a chicken. 1947's Song of Love aimed to fix that. No suicide attempts, love affairs, demonic hallucinations, or vigorous debates on music composition philosophy in the vehemently divided musical culture in Europe of the 19th century. No, Song of Love reassures the audience that these great figures for the most part had regular domestic lives and professional lives composed of important social introductions and letters. But it is worth watching the film for Katharine Hepburn as Clara Wieck--Hepburn trained hard at the piano to portray the famous nineteenth century pianist and it shows.

But one can see the failure of this movie in the same clip--the housemaid absurdly insisting Clara cut the concert short so she can feed the baby. 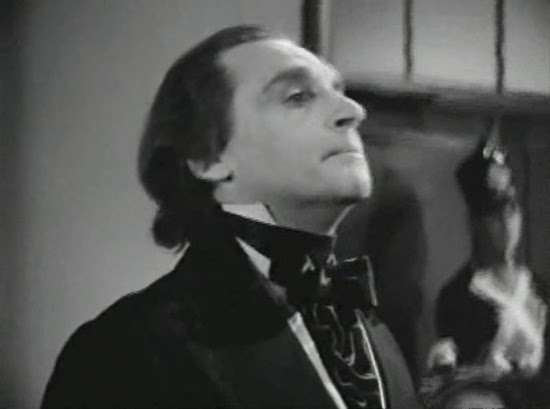 We see how he befriends the young Schumann and helps both the young composer's career and to decide a court battle in favour of Robert and Clara so that they can be married despite the objections of Clara's father. But essentially no mention is made of the fact that Liszt and Schumann ended up on two sides of a bitter argument in Europe throughout the nineteenth century about how to compose music. The only time it's in any way alluded to is a scene where Liszt reinterprets one of Schumann's works on piano to Clara's disdain--though Robert expresses only polite interest in Franz's creative choices. Clara amusingly calls Franz's version of "Dedication" a "Dedication to Pyrotechnics" as his variation is primarily distinguished by busy interpolations to the melody. 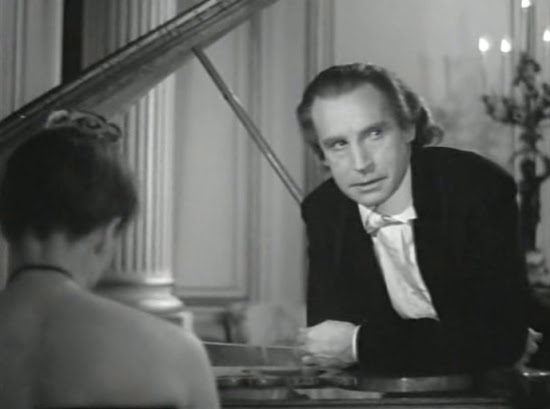 Then Clara takes the piano and passive aggressively plays the piece in its original form, telling Franz as she does so about the power of simple love. When she leaves, a friend of Franz's insists Clara insulted him. He smiles and says she did far worse--"She described me." So conflict over, I guess.
Posted by Setsuled at 12:01 PM
Email ThisBlogThis!Share to TwitterShare to FacebookShare to Pinterest