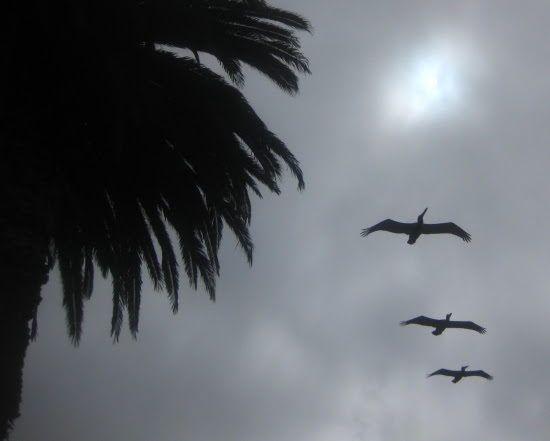 I dreamt last night Ray Bradbury visited me--Bradbury from the mid 1980s or so, older but before he'd lost some of his powers of speech. He seemed very enthusiastic about everything we talked about. I remember he told me Neon Genesis Evangelion reminded him of a writer, I can't remember the name, it was something like "Zweiter Hem".

To-day I had to visit my cable company, Time Warner, to change my billing information because I'd recently gotten a new credit card. No, this isn't something you can do through the web site and I know better by now than to try and work with the clowns operating the phones. I'm not the only one who's learnt the lesson--it's for that reason I knew I was going to have to sacrifice a great part of the day waiting with a bunch of other people in the Time Warner shop in a nearby shopping centre. At least they don't make people wait in a queue--you take a number and wait for it to be called. I sat and read a chapter from the Nibelungenlied.

I had lunch first and, since I don't live near ducks anymore, I stopped and gave some stale bread to some sea gulls. Unlike ducks, sea gulls are good at catching bread in mid air. 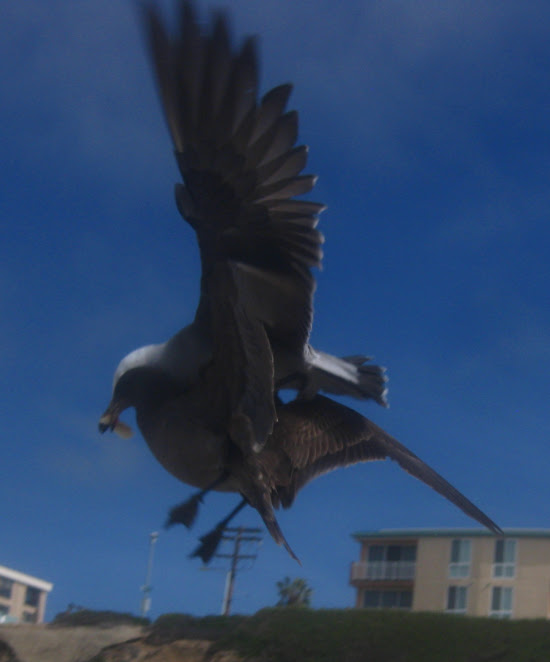 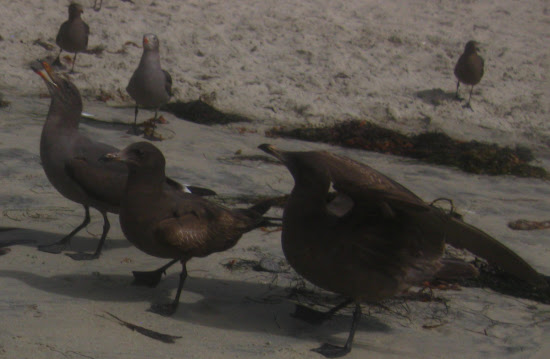 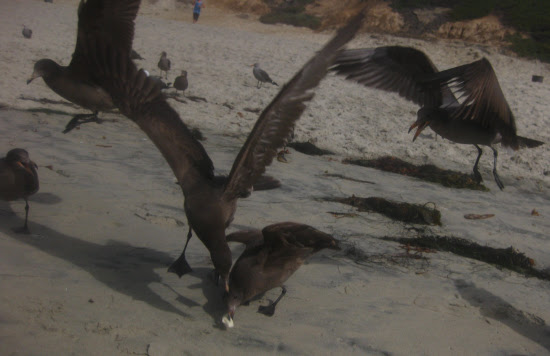 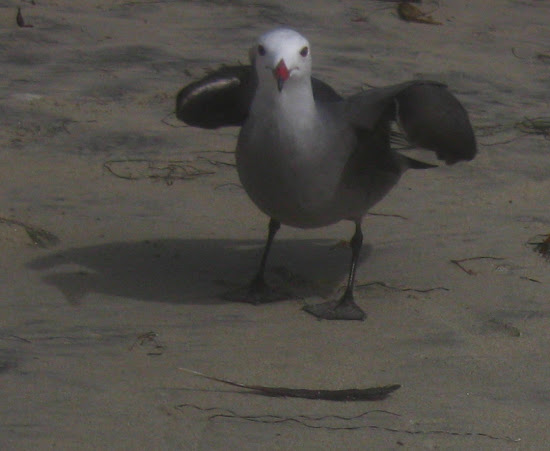 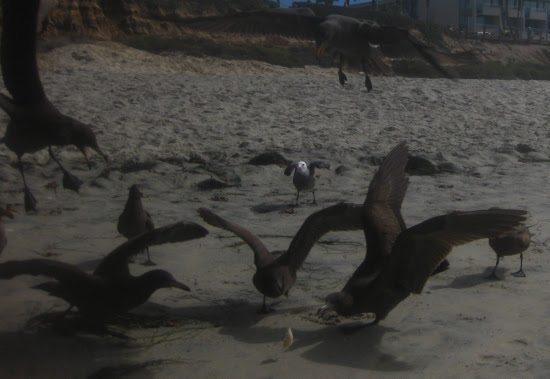 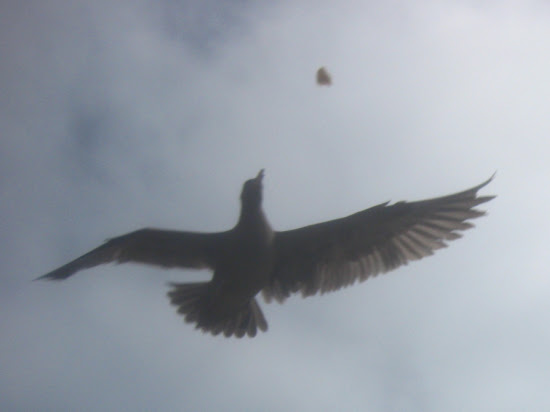 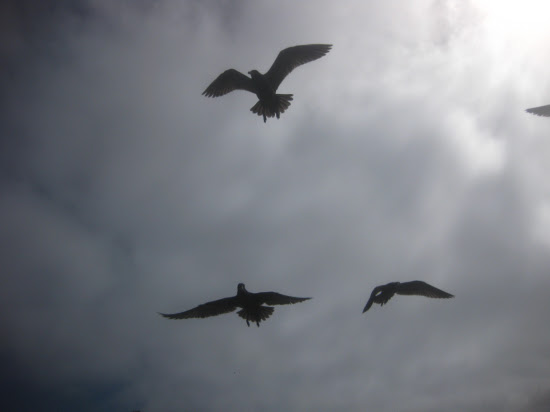 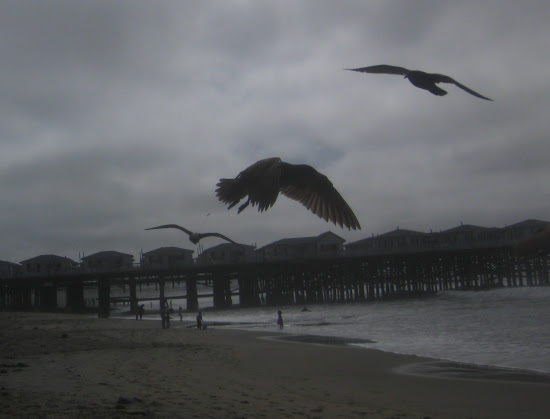 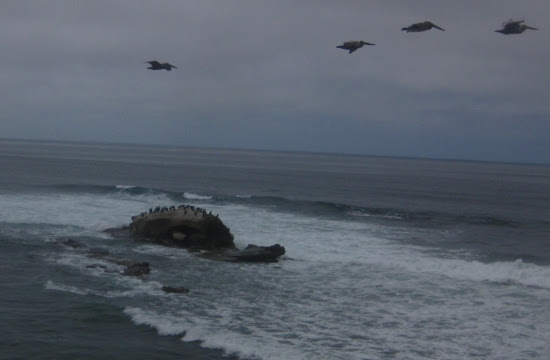 This seems to be where all the pelicans hang out. Lines of pelicans also flew past close to the cliff at intervals no longer than fifteen seconds. 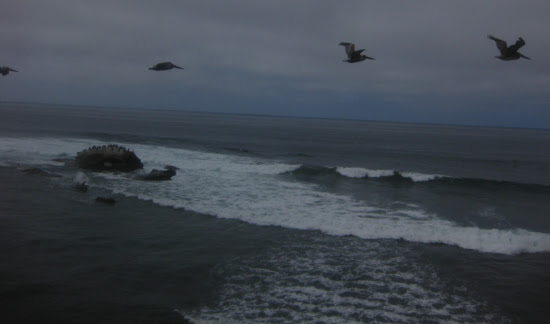 And here's a grasshopper: 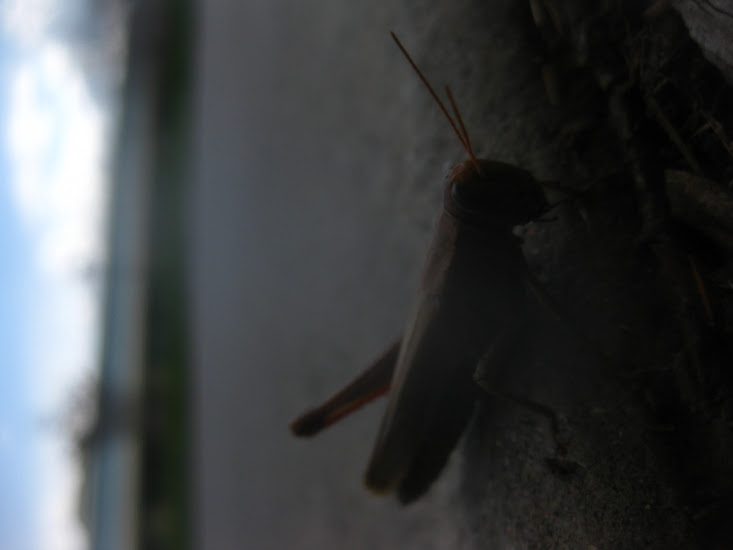 blog.jpg">
Posted by Setsuled at 3:45 PM
Email ThisBlogThis!Share to TwitterShare to FacebookShare to Pinterest