I didn't make my appointment yesterday--my plan was to take the Interstate 5 to the 101 to the 23 and to Moorpark. 5 connects with 101 basically in the middle of downtown L.A. and when I got there a sign told me it would be another 40 minutes until I got to the 23 junction due to the traffic which I thought would be lighter on the weekend. Silly me. I was probably already hopelessly late--the appointment was at 1pm and at that point I think it was noon. But I'd been needing to pee for about an hour at that point and I just couldn't hold it anymore. I turned off at a sign labelled "Burbank" hoping there'd be a McDonalds or something just off the freeway. But all there were were flower kiosks and apartment buildings. I drove a long time, past a Warner Brothers lot, until I ended up in Griffith Park, something that seemed rather fateful since I'd been listening to the Black Tape for a Blue Girl song about that park yesterday morning. Well, okay, I'm a bit superstitious.

Anyway, the speed limit in Griffith Park is 25 miles per hour and I had to wait for people on horseback to cross the road. I didn't find a place to park until I got to a golf course. There were a lot of guys there in sweater vests. The bathroom wasn't labelled but somehow I found it, finally accomplishing urination. Then I had a Clif bar from my purse while watching people golf a bit. I got back in my car, tried to find a quicker way back to the freeway, ended up on Sunset Boulevard and finally Chinatown and I knew it was over. "Forget it, Sets, it's Chinatown."

The appointment was for an exam for a DMV job which, even if I passed the exam, I wouldn't have a chance of maybe getting for at least a year, maybe two. So it wasn't a big tragedy.

I felt like I wanted something to show for yesterday so I stopped on the way back south on the Interstate 5 and took pictures of some rather bold sea gulls. I wished I had some bread for them. 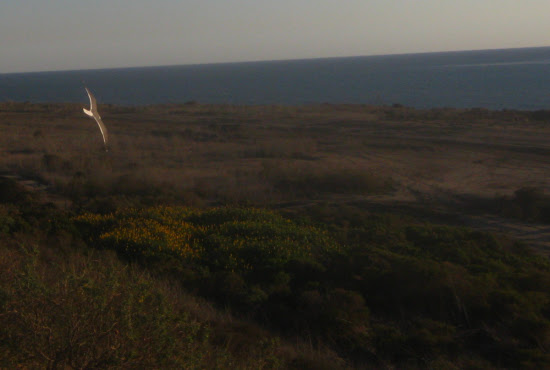 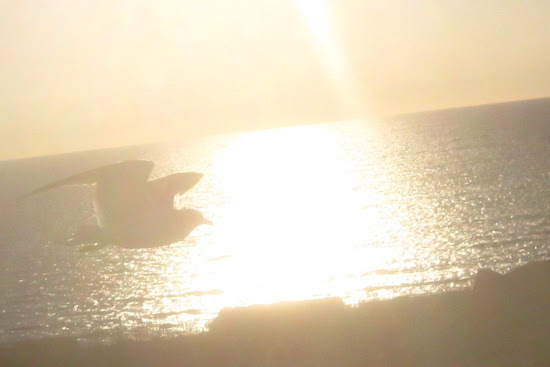 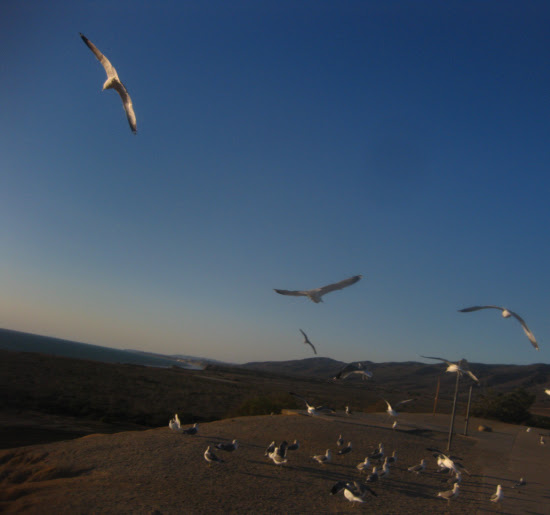 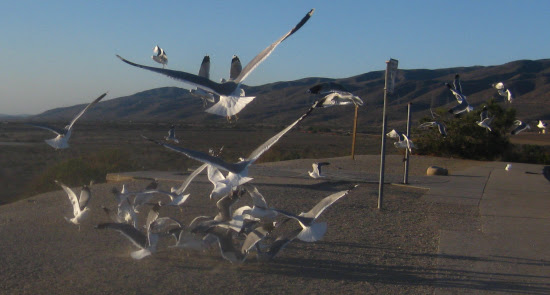 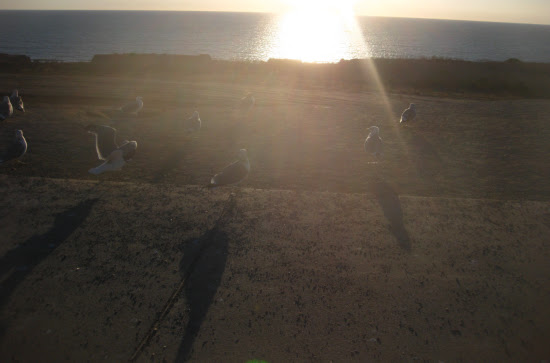 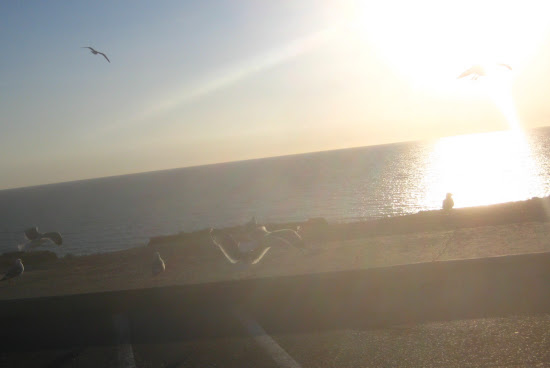 I got home and made a margarita and read the new story in The Sirenia Digest, a wonderful meditation on haunting called "IDYLL FOR A LIMBO DANCER". There's a line in it about how the previous residents of the house taught it to have a certain awareness, a nice way of expressing how effective hauntings work in fiction. The story involves a protagonist musing over the former residents, a pair of possible witches, in the form of a discussion with an acquaintance who isn't actually present. The layers of haunting work beautifully, reflected nicely in a dreamlike Tarot deck made of bizarre, antique Halloween photos.
Posted by Setsuled at 10:59 AM
Email ThisBlogThis!Share to TwitterShare to FacebookShare to Pinterest