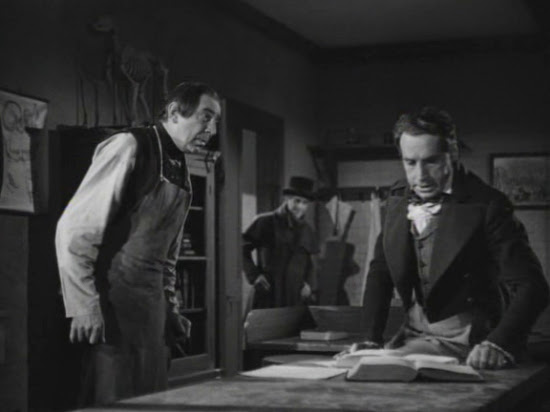 When Bela Lugosi, Boris Karloff, and Henry Daniell get together you can expect villainy to occur. Val Lewton's 1945 film The Body Snatcher, directed by Robert Wise, is based on a Robert Louis Stevenson story which in turn was based on a series of real life murders that occurred in 1828 when two men were found guilty of murdering people on the street to provide a prestigious doctor with anatomical specimens. The Body Snatcher effectively taps into the fundamental classism at play to achieve its horror.

Daniell plays Dr. MacFarlane who receives corpses robbed from graveyards by the sinister carriage driver Mr. Gray--played with a keen sadism by Karloff. 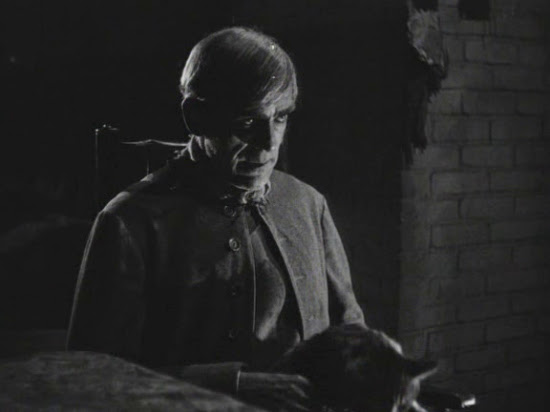 Karloff is really brilliant in this film and the story essentially revolves around Gray who takes pleasure in tormenting his connexion, the wealthy and respected MacFarlane. MacFarlane at first explains away to himself and his assistant, Fettes (Russell Wade), signs that Gray has begun murdering people on the street to obtain fresh corpses. Gray, a working class man, describes the hold he has over MacFarlane as the only thing making his life worthwhile--the same innate feeling of superiority over the lower classes that makes MacFarlane comfortable with desecrating corpses makes him terrified of the social disgrace Gray can blackmail him with. 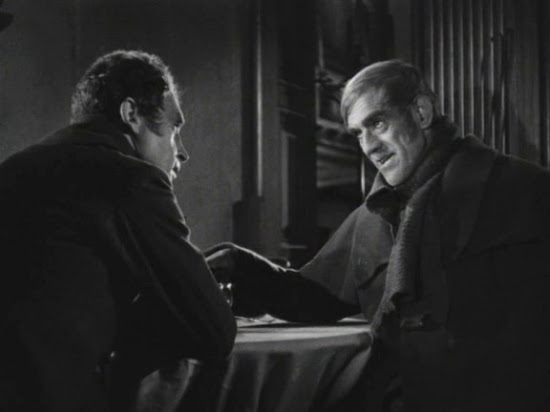 But Daniell isn't portrayed as just a rich prig. He wants one corpse in order to research a spinal surgery he needs to perform on a young girl paralysed from the waist down. He genuinely wants to help her and he's impatient with what he sees as being the antiquated morals that prohibit his use of the otherwise useless dead. 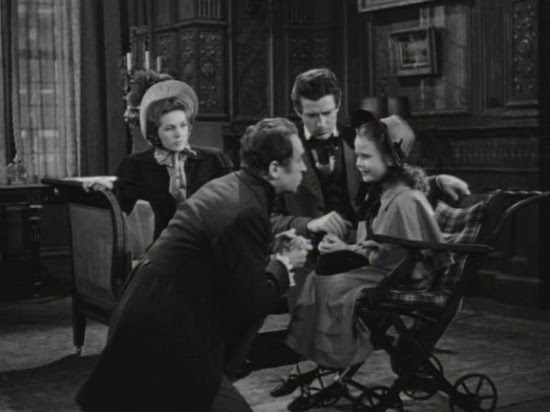 This makes Gray all the more effective of a character. He's the manifestation of a devil we're not sure MacFarlane deserves to have on his back and the uncertainty intensifies the fascination with his character.

Bela Lugosi plays a hunchbacked servant, something one suspects the prideful actor rather resented. But he and Karloff have an interesting scene together where Lugosi's character tries to blackmail Gray. 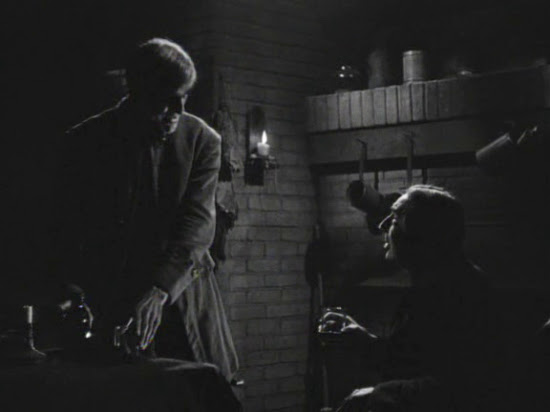 The film is beautifully shot and the end is a nice rainstorm nightmare.