Bodies in the Holy Place


On the mostly dead lawn of the Mormon churchyard I walk through between school and the neighbourhood where I park I noticed a few days ago thousands of little white things. 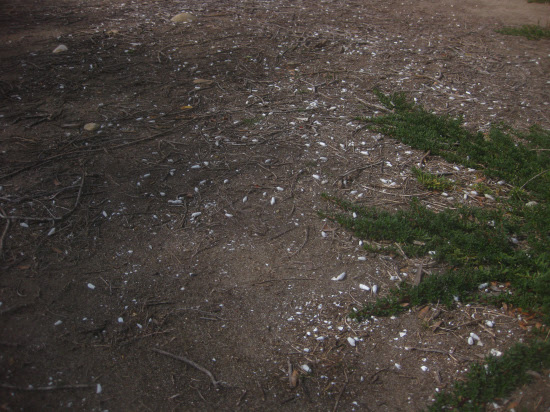 Closer inspection revealed them to be snail shells. 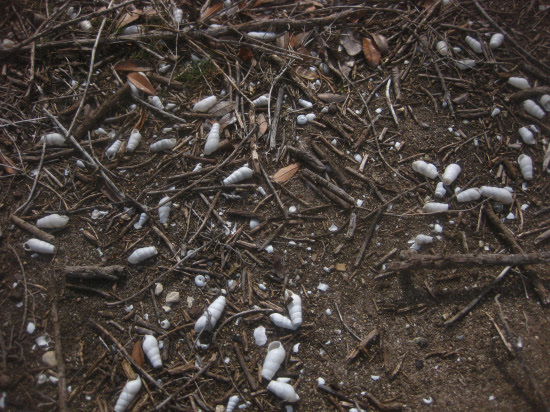 Was it the recent rain? Was it pesticide? A combination? It seemed rather incredible for so many to die at the same time in any case. And why were the shells bleached? They couldn't have been in the sun very long, I walk through that area all the time and I'd never seen them before. 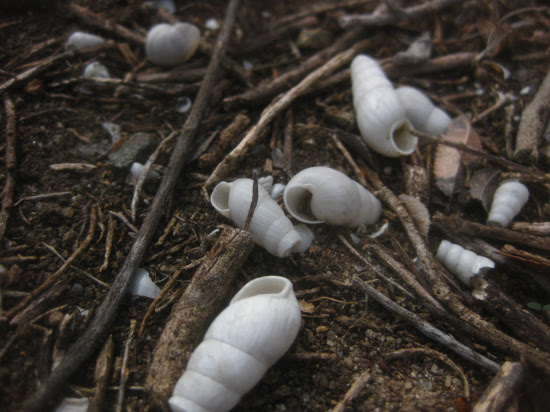 I suppose it must have been an effect of pesticide.

It's been a lazy Saturday so far. I played chess and watched a movie. I boiled some penne rigate for lunch and I'm on my second cup of tea. I slept in to 7am to-day. There's still a lot of instinct in my bones that wants to sleep to 11 every day. The whole world feels different with this schedule.

I had a dream last night about a romantic comedy taking place in clean metal laboratories. The lovers at the centre of the film were having a fight--the woman was feeling insecure about the fact that she occasional turned into a blue tiger. In the middle of their argument, there was the noise of something moving behind the ceiling. A moment later, a grating fell to the floor and a zebra tumbled out of the air conditioning duct. There was a lot more to the dream but I don't remember it. I think it was partly inspired by the movie I watched last night. Feel free to guess what movie it was. I'll write about it to-morrow.
Posted by Setsuled at 2:51 PM
Email ThisBlogThis!Share to TwitterShare to FacebookShare to Pinterest