It's kind of a drag when the Brigadier's not the Brigadier. My main complaint about Doctor Who's fortieth anniversary special, the 2003 audio play Zagreus, is that the various guest stars don't play the characters they originally played on Doctor Who.

The story follows up from the previous Eighth Doctor play, Neverland, which ended with the Doctor being possessed by a Time Lord fairy tale devil called Zagreus. Just as it looks like the Doctor and his companion, Charley, are about to have a genuine romantic moment, the devil takes over and he actually hits Charley. So she spends the rest of the story hiding and running from him in the TARDIS. Which mostly feels like the writers are really, really shy and a bit spooked by the mushy stuff. Though it was more likely a conscious decision to keep things in the old fashioned platonic zone.

In order to help the Doctor and Charley, the TARDIS creates a hallucinatory world, using the physical forms of past Doctors (only Five, Six, Seven, and some old recordings of Jon Pertwee for Three) and their companions. The TARDIS manifests its own consciousness in the form of the Brigadier and Nicolas Courtney does a nice enough job, though not spectacular--the guy was perfectly cast as the Brigadier and not hearing him actually as the Brigadier would be disappointing even if it weren't the anniversary special. Only John Leeson as K-9, Louise Jameson as Leela, and Lalla Ward as Romana were actually able to play the companion characters they'd played on the show. Leela and Romana's chemistry as the two teamed up to help from outside the TARDIS felt a bit like Leela and the Fourth Doctor if the Fourth Doctor were a lot snippier and the comedy was a lot broader. They do the old routine where one person (Leela) thinks she has a mortal wound and starts getting dramatic and the other person (Romana) says something like, "Actually, it missed you and you only have a scratch." But nevertheless I'd like to hear some of the plays where the two of them are the stars.

Zagreus was definitely not one of the stronger audio plays. At least the three past Doctors were able to revert to their old personalities at one point--I liked the cracks Six and Seven made about their deaths, particularly Seven: "Didn't see that one coming, did I?"

While eating lunch to-day, I read the new Sirenia Digest in which Caitlin R. Kiernan included a new story about her recurring character, Dancy Flammarion. In this case she faces a Pterosaur--the story's called "Dancy Vs. the Pterosaur"--and, maybe even more vexing for her, she faces an evolutionist, a girl named Jezebel. An entertaining and sort of adorable story with a new angle on Dancy's continuing quest through a possibly partly hallucinatory reality of angels and devils. Someone trying to advocate evolution in the presence of Dancy, who takes orders from a seraph, certainly seems to have an uphill battle.

I'll leave you with some pictures I took at this year's Fantasy Faire in Second Life, which ends to-morrow. I heard to-day they raised over three million lindens--that's $24,000 American dollars--for Relay for Life this year. 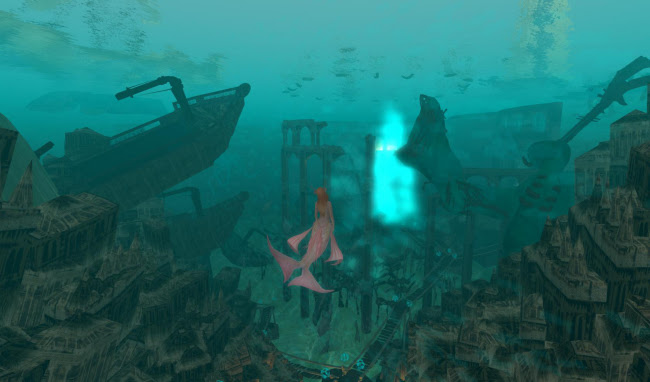 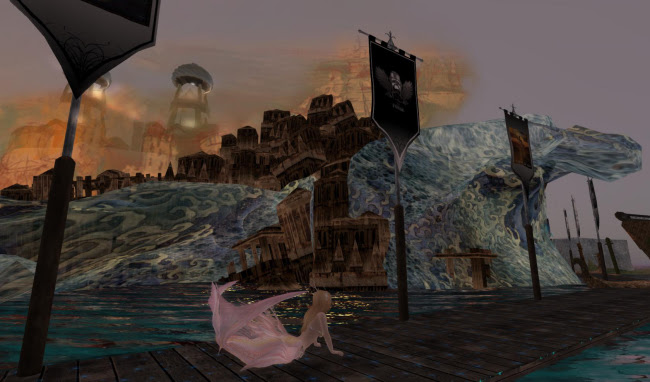 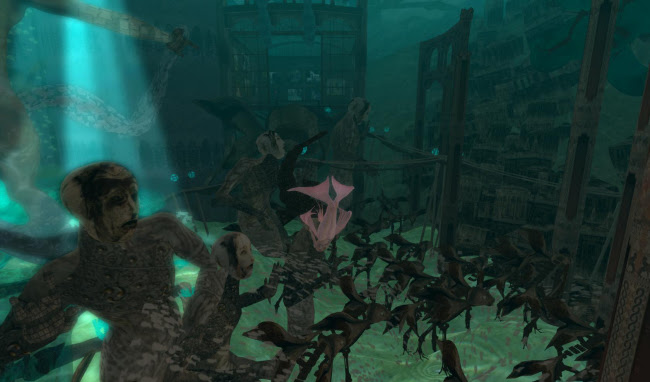 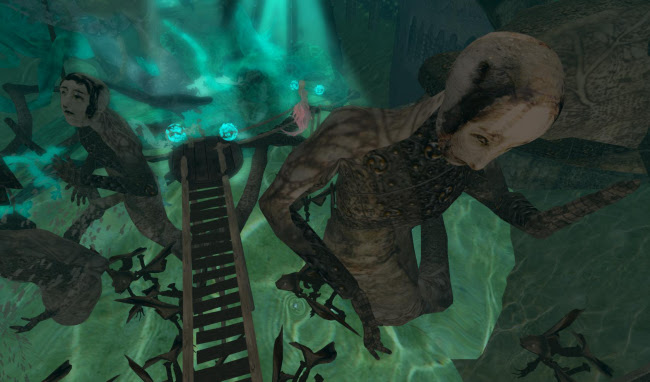