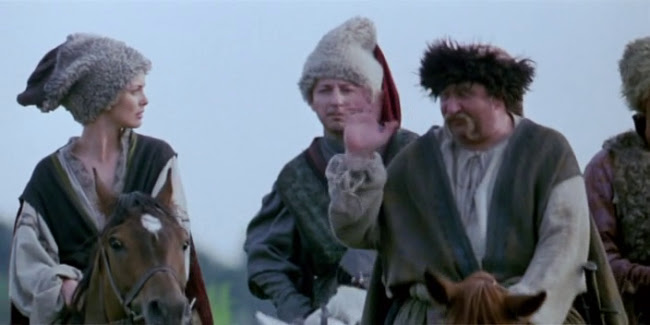 When your betrothed is kidnapped by Cossacks it's good to have an overweight, drunken nobleman looking after her. Actually it's a variety of clownish characters who take centre stage in 1999's With Fire and Sword (Ogniem i Mieczem), an adventure film set amidst a seventeenth century conflict between the Polish commonwealth and several Ukrainian groups at a time when Poland and Ukraine were so culturally linked as to consider themselves "brother countries". It's not hard to see why the film didn't gain traction in the west--its broad slapstick comedy combined with wartime drama is something western audiences no longer respond to but it is an entertaining, inventive film with beautiful costumes. 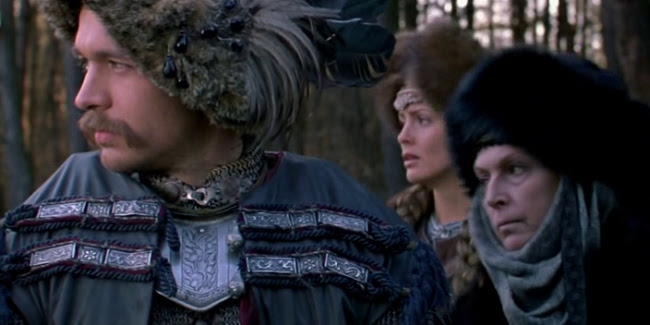 It seems at first like the star of the movie is going to be Michal Zebrowski as Jan Skrzetuski, a young Polish knight we meet stopping his men from killing the apparent leader of a group of bandits because the man is dressed as a nobleman. It turns out Skrzetuski has inadvertently saved Bohdan Khmelnytsky (Bohdan Stupka), leader of the uprising Cossacks. It's a favour Khmelnytsky is soon able to repay when Skrzetuski is captured as part of an envoy, but not before stopping at a manor where's he's smitten by the Princess Helena Kurcewiczowna (Izabella Scorupco). 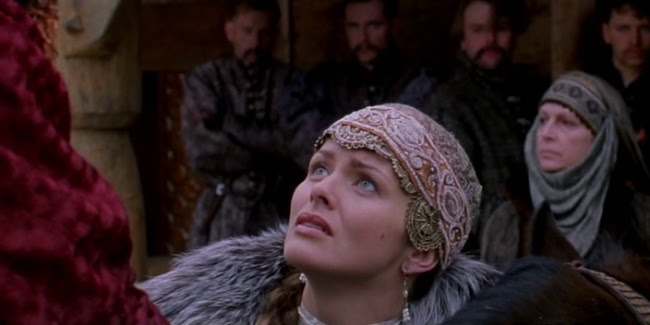 I loved how much of Skrzetuski's and Helena's personalities come across in such a short period in the beginning of the film. I loved a scene where, after meeting Skrzetuski, Helena dances alone in her room, admiring herself in the mirror before glimpsing her altar of the virgin Mary behind her and covering it in horror. 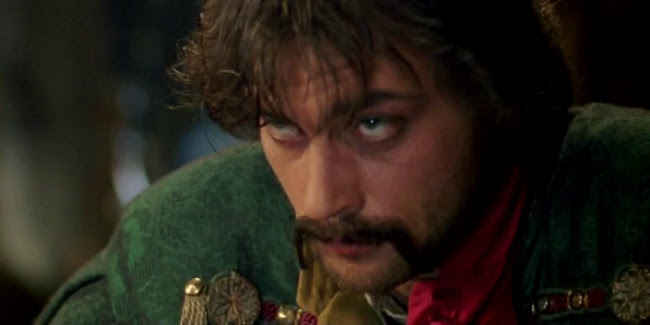 But the main story begins when, while Skrzetuski's in Cossack custody, another Cossack, the villainous Bohun (Aleksandr Domogarov) raids Helenas home in an attempt to kidnap her. It's only through the quick thinking of the portly tavern dwelling nobleman (Krzysztof Kowalewski) Bohun had brought along as a witness to Helena's mother promising the girl's hand that Helena manages to escape. 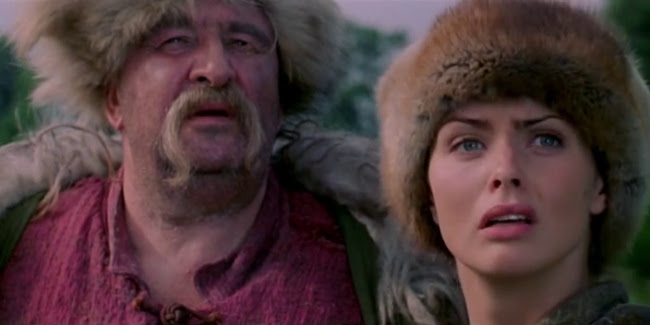 The two, Helena and the nobleman, whose name is Zagloba, begin a dangerous journey across the countryside, Zagloba having to use his wits again and again as each possible safe haven they head towards is taken by Cossacks.

Three other seemingly comic relief characters move most of the rest of the plot--Skrzetuski's cowardly valet, a fastidious general in the Polish army, and a big, dim-witted knight named Longinus (Wiktor Zborowski) who's taken a vow of chastity until he can cut off three heads at once with his crusader ancestor's huge, medieval longsword. 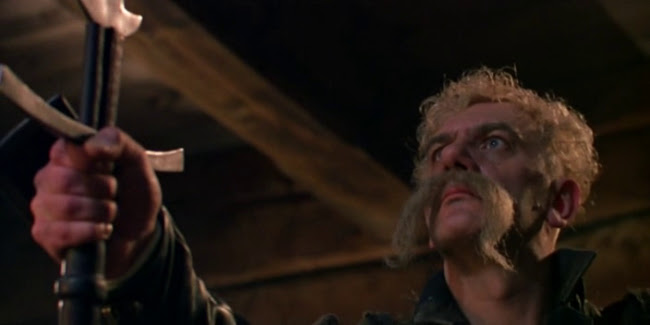 Although a Polish film, no side is presented as smarter or crueller than the other, aside from Bohun being an obvious villain. I was a bit surprised by the less than flattering portrayal of Polish cavalry whom you'd think could at least catch a break in a Polish film. 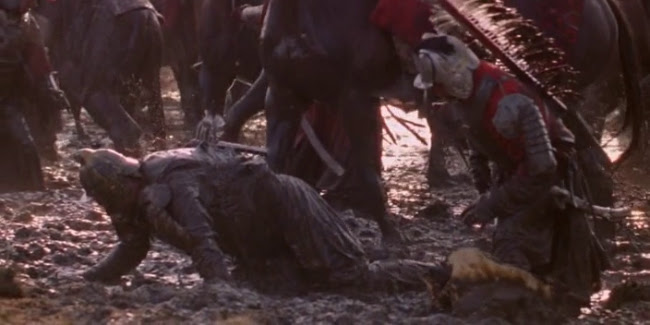 Many copies are available on YouTube with English subtitles. There's a high def one but the subtitles get out of sync--this lower quality one works better: