Implied Danger Vaguely Alluded to On the High Seas! 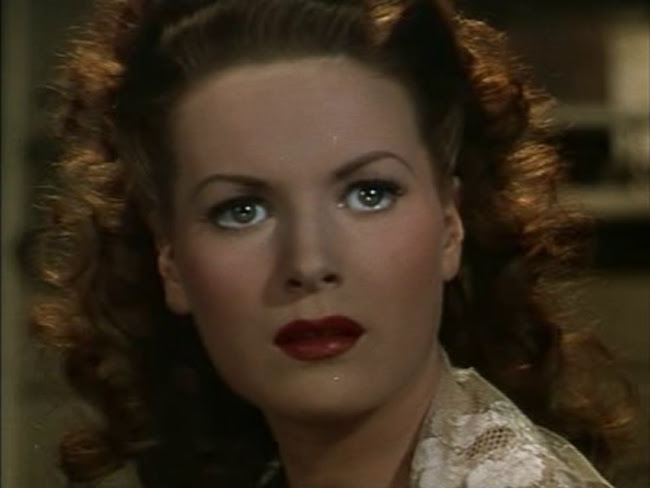 How do you cast a great Irish actress? In almost anything, it seems. Maureen O'Hara was cast as a Spanish noblewoman in 1945's The Spanish Main, two years before she'd play an Arabian princess in Sinbad the Sailor, which was not the last time the great redhead would be cast as Arabic. I guess it's a little easier to buy her as Spanish, that's hardly the biggest flaw in the 1945 pirate film, though The Spanish Main has quite a lot going for it. Unfortunately, its screenplay is beyond mediocre. 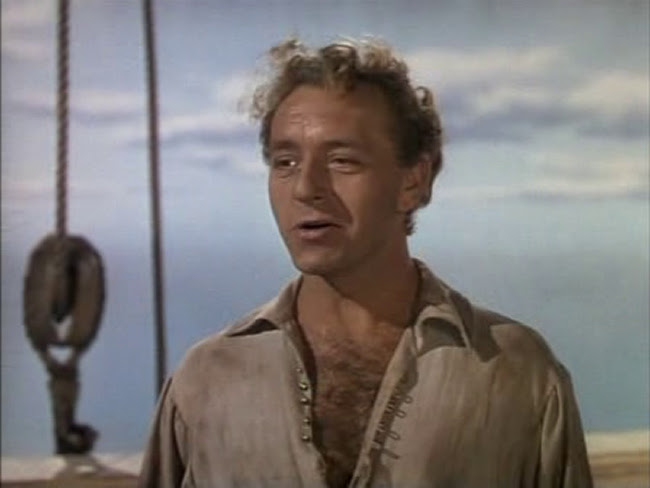 Certainly, though, it suffered from a miscast male lead--Paul Henreid is believable enough as the respectable Dutch immigrant to the Carolinas he's introduced as but after the goods from his wrecked ship are confiscated by a Spanish governor, Juan Alvarado (Walter Slezak), he becomes a terribly dull and unconvincing pirate. 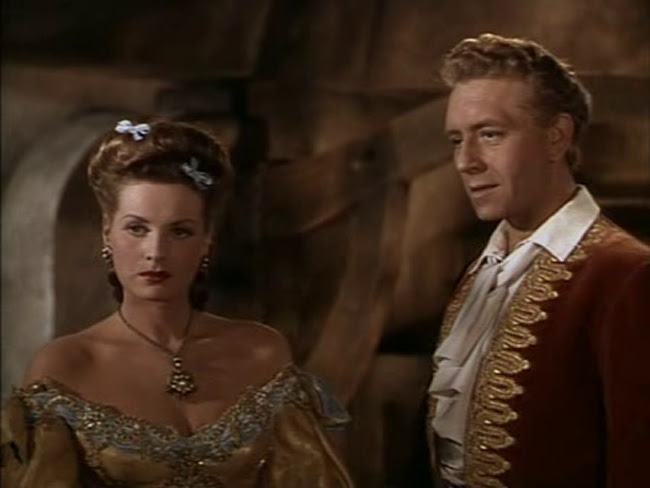 Particularly next Maureen O'Hara. "That red hair of hers is no lie," as Barry Fitzgerald says of her in The Quiet Man and, yes, her quick reflexes and obvious physical strength would have made her a great action star. There's a long list of male stars from the time I'm fully confident she could've taken easily in a fight but unfortunately that's a side of her too rarely seen. Here we're meant to take her as defenceless and too weak even to cock a flintlock pistol. 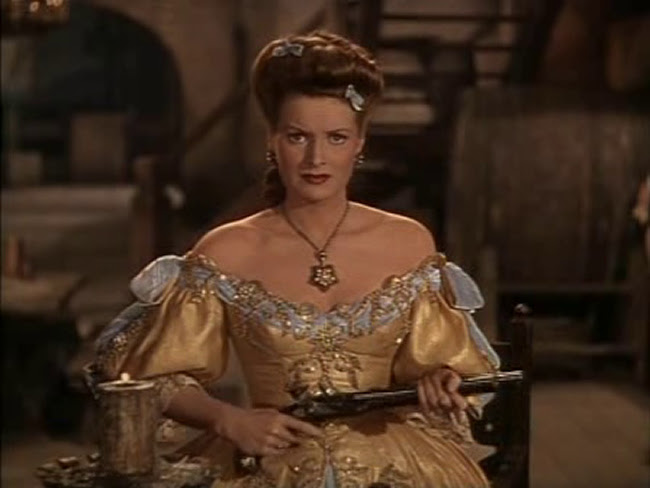 This is from a duel between her and Anne Bonny--a real life pirate who is here played by Binnie Barnes, physically slighter than O'Hara and with not half the fire. She's jealous that Laurent (Henreid) has taken Francisca (O'Hara) to wife and in one of the many stupid plot contortions Bonny becomes part of a group of pirates intent on taking Francisca away from him for his own good.

Though it's not as dumb as how Francisca and Laurent were married in the first place, this being around fifteen minutes of film given over to placating the Hays code as Laurent and his crew take O'Hara's ship en route to Juan Alvarado and force her to . . . marry Laurent! But only with her complete consent! And then, when she leans back in bed, hoping he'll take her in his arms he . . . refrains! Yes, he's become a real wild man. 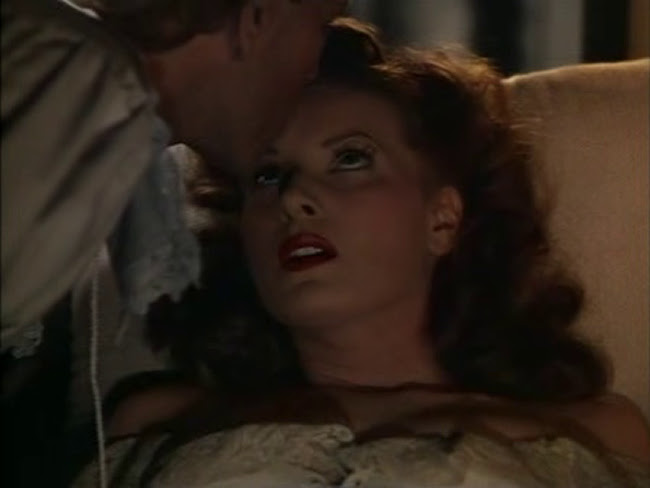 O'Hara had played another damsel in distress in another pirate film a few years earlier, The Black Swan, which is superior in just about every way. But The Spanish Main has some amazing costumes, I'll give it that. O'Hara's dresses are all fantastic, this one was my favourite: 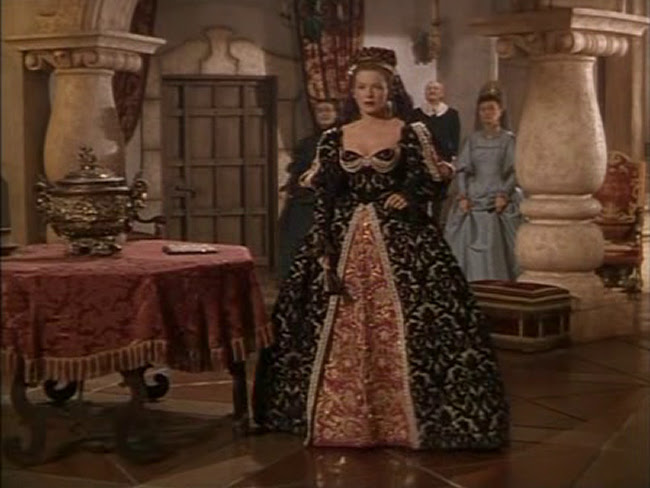 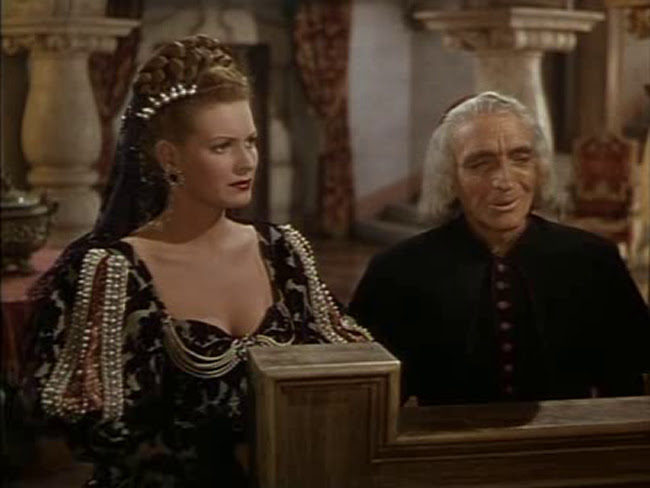