The Terrible Opportunity of Simple Pleasure 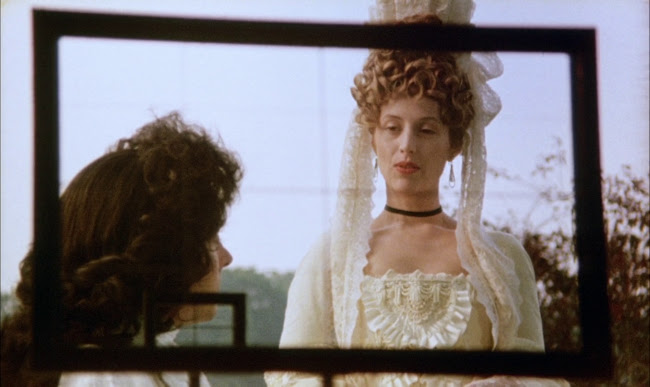 I'm not sure whether 1982's The Draughtsman's Contract is a post-modernist satire of the way some period films are made or if its the filmmaker's satire of his perception of late seventeenth century English society. The first fiction film by director Peter Greenaway, it's in any case a provoking, studied contrast between artifice and nature.

Set in and around a rural manor house presided over by Mrs. Herbert (Janet Suzman), the story is centred on Neville (Anthony Higgins), a bold, hedonistic artist whom Mrs. Herbert contracts to draw her home from several vantage points while Mr. Herbert is away. The terms of the contract, demanded by Neville, include private sessions where he may use Mrs. Herbert's person for his pleasure. 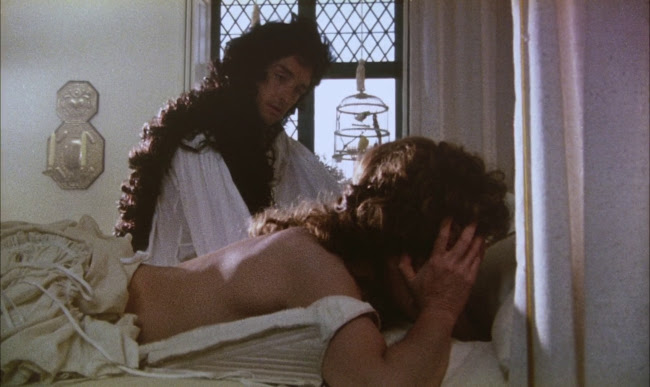 Much of the dialogue consists of characters expressing drolly layered observations to one another which, at their bottom layers, usually refer to adulterous ongoing sexual engagements or embarrassing private matters. Some of these come off as third rate Oscar Wilde impressions, some seem oddly pandering, like a scene where one character relates the story of Persephone and Hades, as though anyone in classical Roman and Greek obsessed seventeenth century society would be unaware of the story. It's hard to imagine why Greenaway would make such a contortion for the audience when he has an unexplained nude man roaming the grounds, generally unacknowledged by the characters--only a child seems to think there's anything remarkable about him. 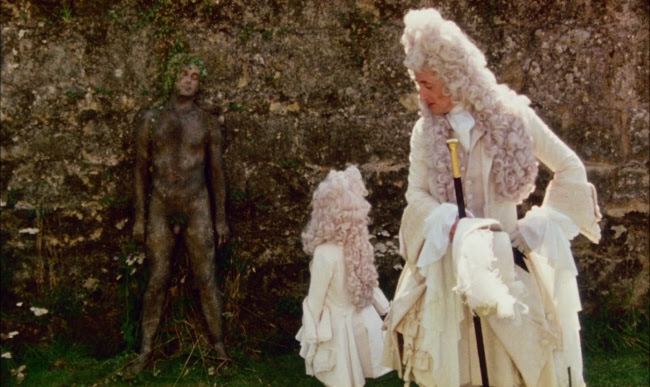 It's not that the adults can't see him, it's just that anything so naked is obviously not worthy of attention.

The artifice both in terms of actual seventeenth century society and in terms of the filmmaking artform is emphasised by the fact that everyone wears only white or black clothing and wigs with the occasional red accent. 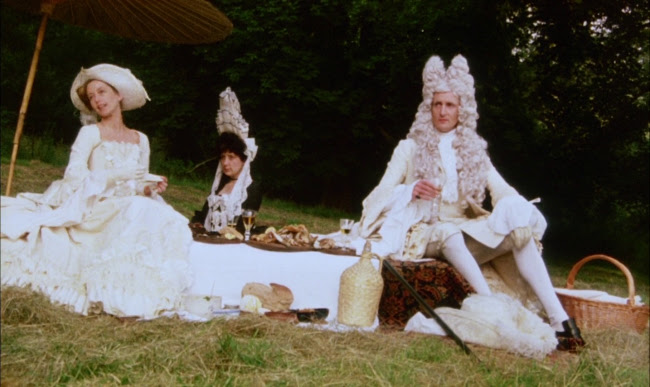 According to the Wikipedia entry, a longer cut of the film had deliberate anachronisms like phones and paintings from later art movements. I wondered if this film had any influence on Sophia Coppola's Marie Antoinette.

The movie is also sort of a murder mystery, the solution to the murder making more sense thematically than logically. It somewhat recalls The Legend of Sleepy Hollow in its portrait of how a society deals with an ambitious, amoral individual whose schemes just aren't vicious enough.