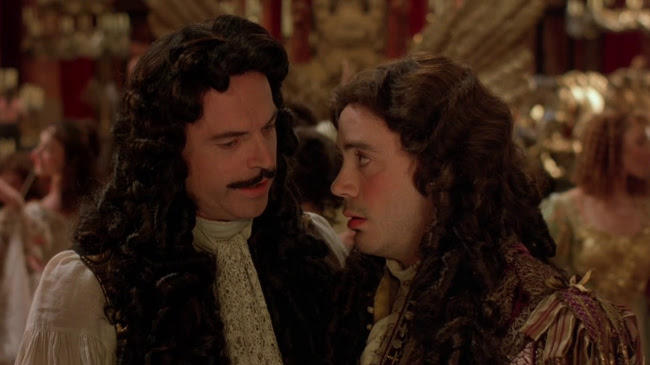 Is it better to indulge in life's sensual pleasures or to seek a life of self deprivation in the service of others? 1995's Restoration raises the question and forgets about it completely, oddly seeming to say by the end that hedonists and Quakers are the wisest of men and whatever Robert Downey Jr. does is the wrong thing. Despite an incredible cast, the movie drowns under some really beautiful production design. 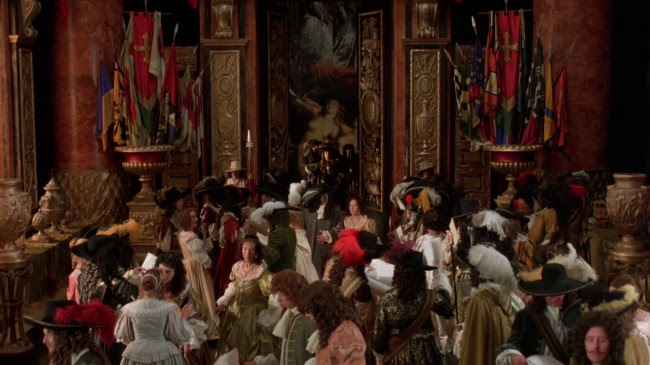 The title of the film refers to the English Restoration that took place in the 1660s when Charles II took the throne after England had experienced a decade without a king. Importing decadence and periwigs from the king's exile in France, the English aristocracy went as far in the opposite direction as it could from the ten years of Puritan rule. 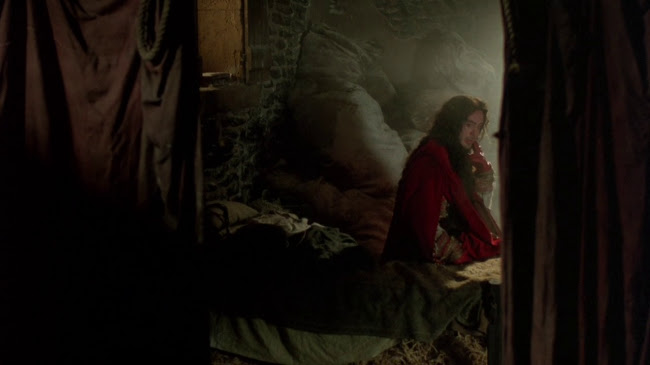 But the average citizen suffers about the same and Robert Downey Jr. plays Robert Merivel, a physician who attends them somewhat reluctantly while pursuing a life of pleasure in his off hours. His colleague, a Quaker named John Pearce played by David Thewlis, disapproves especially because he sees an extraordinary inner strength and brilliance in Robert which the story lazily manifests as Robert somehow intuiting that the contemporary medical practice of bloodletting was counterproductive.

Robert attracts the attention of Charles II (Sam Neill) who is visiting the hospital in secret and is witness to Robert being the only physician with the courage to touch the beating heart of a man with an open chest wound. So Charles takes Robert to the palace and asks him to heal his dog. 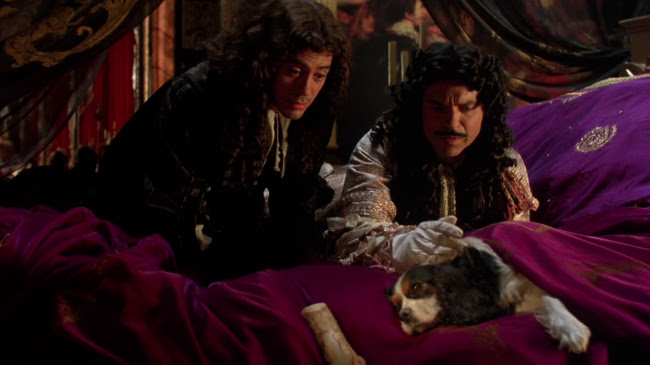 This is where the movie starts to get dumb. Robert stays up all night with the dog and the next morning, finding the pooch inert, places his ear to the animal and calls for a coffin. Cue the dog waking up in the coffin to Robert's astonishment. I don't care if Robert's the worst physician in the world--and we're supposed to believe he's brilliant--he ought to have known the difference between a dead and a sleeping dog.

Anyway, this wins the king's favour and he decides to marry Robert to his mistress as a cover. The movie never shows or even mentions the queen. The fact that the women the king sleeps with are all mistresses is all that seems to imply the existence of Queen Catherine. The woman Robert's to marry, Celia Clemence (Polly Walker), is presented as the king's true love and it's Robert's folly for eventually trying to woo her himself. 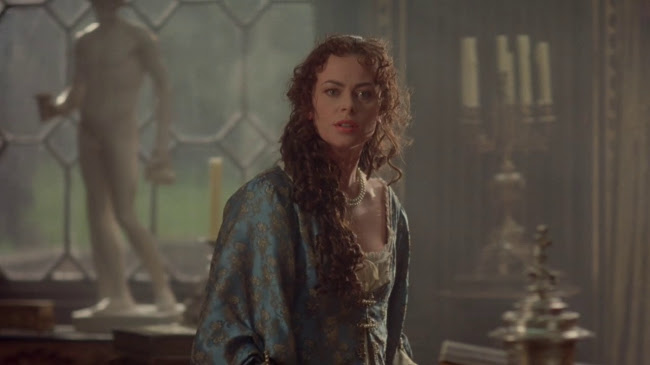 Robert's story of redemption starts to feel more and more like a dopey romantic comedy not helped by the eventual appearance of Meg Ryan as an Irishwoman in a Quaker sanatorium. But it does supply us with the image of Meg Ryan dancing with Emperor Palpatine: 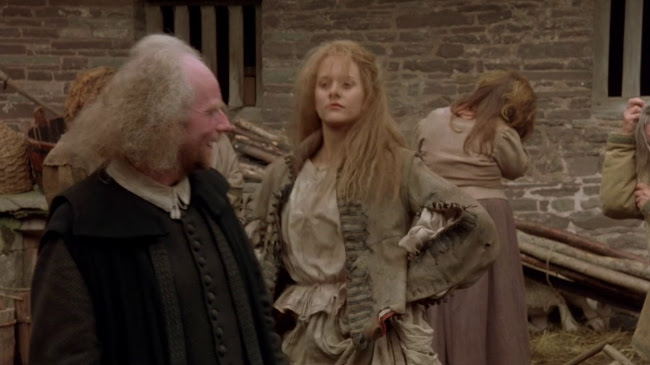 That's Ian McDiarmid who played the Emperor in the Star Wars films. Almost every cast member of this film is recognisable--Robert Downey, Jr., Sam Niell, David Thewlis, Polly Walker, Ian McKellen, Hugh Grant, and Meg Ryan. The director, Michael Hoffman, is one of those directors who's made a string of unsuccessful, not particularly interesting films with big casts of popular or respected actors, I'm guessing he's the front of a quiet system for keeping money flowing to the right people.

Posted by Setsuled at 1:47 PM
Email ThisBlogThis!Share to TwitterShare to FacebookShare to Pinterest