Trials of a Thyme Lady 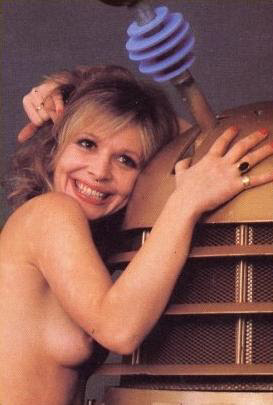 Katy Manning is best known for playing the Third Doctor's companion Jo Grant on Doctor Who, after which she famously posed nude with a Dalek for a magazine. I wonder if the latter is in any way related to her being cast as Iris Wildthyme in the Doctor Who audio plays, two plays in which the character makes an appearance I listened to over the past week.

Wildthyme was originally created for print media by author Paul Magrs who, according to his Wikipedia article, did his doctoral thesis on Angela Carter, which may explain why Wildthyme has apparently become a very postmodern character. But in the two audio plays I listened to this week, The Wormery (2003) and Excelis Dawns (2002), she doesn't seem at all aware she's a fictional character yet. Paul Magrs wrote both plays--The Wormery was cowritten by Stephen Cole--and Iris seems simply to be a straightforward, hedonistic, drunken cabaret singer Time Lady who's constantly trying to seduce the Doctor despite the fact that she was apparently a lesbian in her first novel. Her TARDIS is a double decker bus that she and the Fifth Doctor attempt to take over rough terrain in Excelis. But I listened to The Wormery first, before backtracking to Excelis. 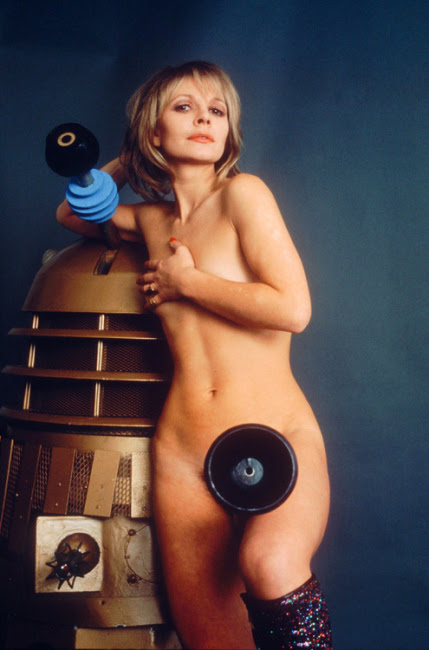 A Sixth Doctor adventure, The Wormery involves a cabaret connected to various locations in time and space, it offers some interesting perspective on the Trial of a Time Lord arc and Wildthyme is an amusing and endearing character. The play also manages to be effectively eerie.

Excelis Dawns, the first in a three part series featuring Anthony Stewart Head as a character who meets three incarnations of the Doctor, was a bit better, though. It's told in first person by Stewart Head's character who is some kind of grandstanding barbarian warlord, his narrative politely interrupted several times by the Fifth Doctor, which was funny. They encounter Wildthyme in a nunnery of all places with no memory of how she got there. In one of the more interesting moments, she and the Doctor discuss the death of Adric. The Doctor ascribes the seriousness of his current incarnation in contrast to the Fourth as being at least partly due to Adric's death, to which Wildthyme enigmatically asserts that such a thing would probably make her less circumspect.

She's identified as a Time Lady in The Wormery but in Excelis she seems to speak of herself as belonging to a group of Gallifreyans distinct from the aristocratic society into which the Doctor was born. Which made me reflect again on how vaguely civilisation has been outlined on the Doctor's homeworld for something that has been established for so long on the show. It did always seem slightly odd, though, that the Doctor's species would be be called "Time Lord". But, then again, we call ourselves "homo sapiens."

Posted by Setsuled at 3:30 PM
Email ThisBlogThis!Share to TwitterShare to FacebookShare to Pinterest