The Inflated Skeleton of Romance 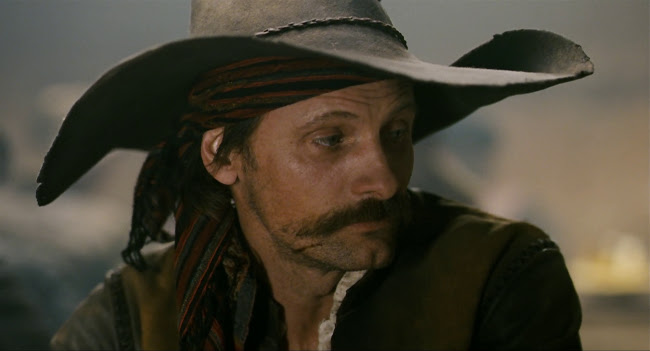 Now that's a hat. Underneath it is Viggo Mortensen as the title character of 2006's Alatriste, the Danish actor showing off his fluency in Spanish in this Spanish language adventure film about a soldier in the first half of the seventeenth century. The film is pure fluff though it swaggers like it thinks it's The Godfather. At times it's entertaining, at times the lack of depth makes the two and a half hour film a bit tedious. The action sequences aren't particularly impressive, the film would probably be unbearable if it weren't for Mortensen's performance and the beautiful costumes, locations, and sets. 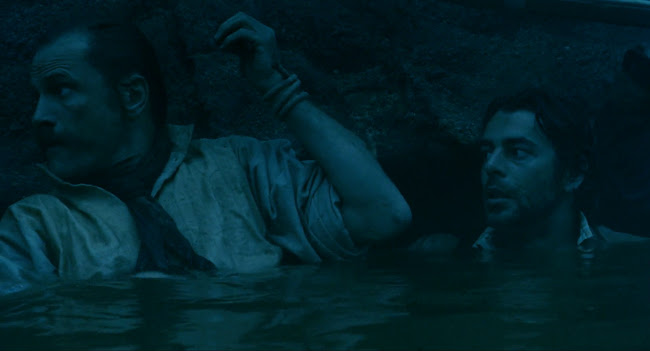 Though it is one of those movies where everything is either blue or orange which has the effect of shrinking the feeling of scope. We meet Alatriste on a dangerous mission in the Netherlands where a comrade of his is killed and Alatriste agrees to take care of the man's son. The Netherlands is blue and Spain is orange. 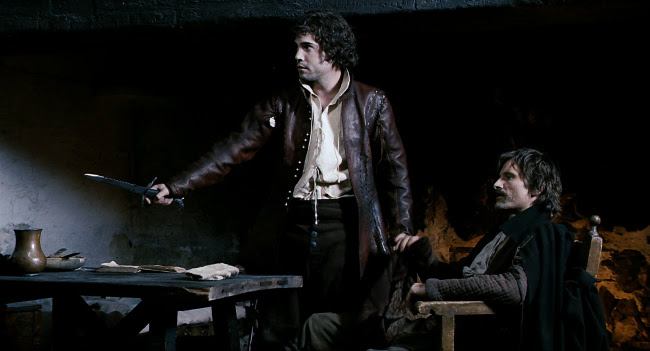 He becomes adoptive father to Inigo (Unax Ugalde) who stars in the film's subplot about doomed young love. The music by Roque Banos is lush, sustained strings reminiscent of Bernard Herrmann's Vertigo soundtrack or Wagner's Tristan und Isolde--the latter probably being the conscious reference as the poor son of a soldier falls for a noblewoman named Angelica (Elena Anaya). 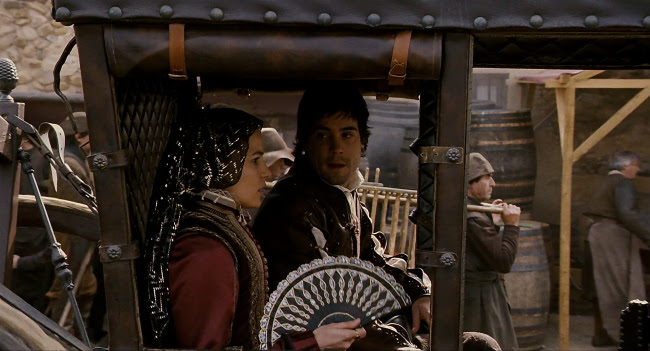 The feeling is mutual but she lacks courage to leave her life of ease and comfort. Despite the music and the extreme closeup kissing and words about risking everything for love, Inigo seems strangely indifferent about the whole thing, seemingly more an accident of the filmmakers' than anything else. They just seem to have forgotten to give him dialogue about how he's heartbroken, most of his scenes having more to do with helping out Alatriste. 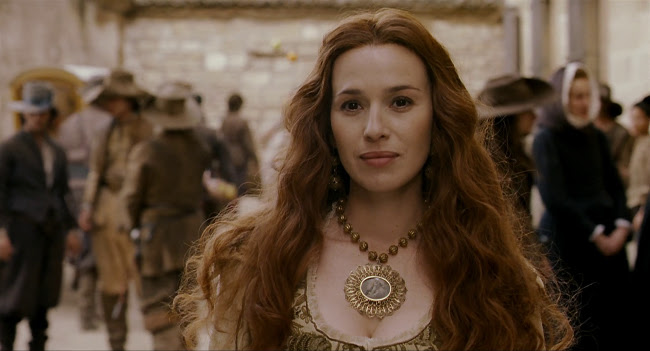 Alatriste also has some star-crossed romance, falling for a popular actress named Maria de Castro (Ariadna Gil) who unfortunately has also caught the eye of King Philip IV. Mortensen manages to make you feel something for their romance but there's nothing in the dialogue to help you understand how his feelings develop for her. We see them hanging out in her quarters a few times and then suddenly he can't live without her. 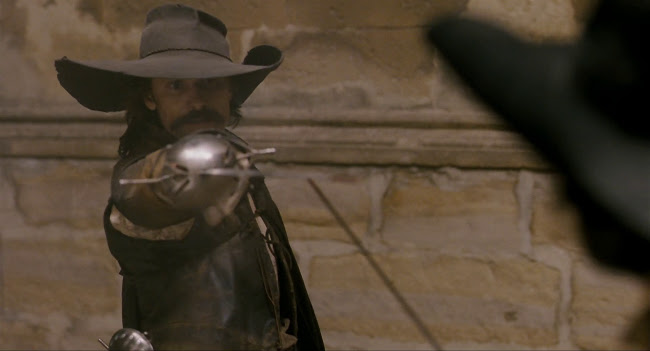 More time is spent on action sequences as Alatriste carries out various jobs for Spain, above and below board, and grumbles about how he and is men often aren't paid. There's a lot of sword fighting with impressive posing but very little actually effective fencing.

Mortensen's understated performance gives the film a little fertile ground soil but otherwise the film is like a bouquet of plastic flowers.

Posted by Setsuled at 10:57 AM
Email ThisBlogThis!Share to TwitterShare to FacebookShare to Pinterest