Thrones are the Only Seats In Town 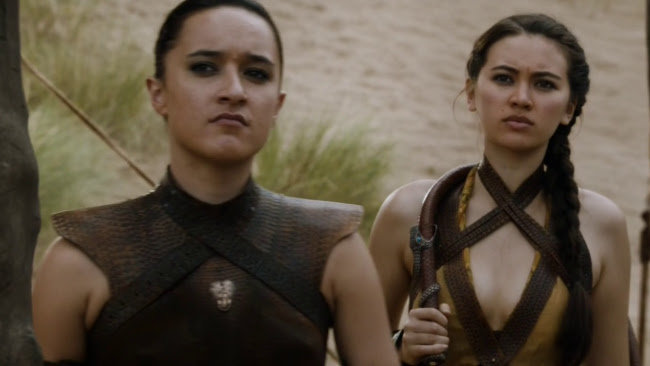 It seems like only yesterday little Keisha Castle-Hughes was inspiring her community by riding whales, now she's soliloquising about a life of killing in the new Game of Thrones. Wearing that new nipple breastplate people are complaining about, too. I didn't really mind it--I do agree a less form fitting breastplate is more practical but people don't always aim for practicality in their breastplates. What's silly for Batman may not be silly for this family whose other members have been established as living for physical pleasure. Let's not get puritanical. 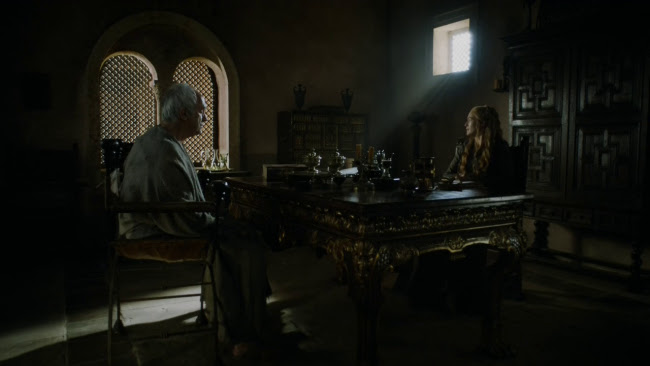 Speaking of, the new episode features the Sparrows being militarised and raiding the brothel and brutalising people for being gay. The victims are people like the prostitutes--it is depressing seeing beautiful naked women terrorised--and Margaery's innocent brother Loras who's imprisoned just for having sex with men. The Sparrows also derisively call a guy in the brothel a "boy lover" which I like to think was a very oblique jab at 300 where the Spartans used the same term to refer to Athenians, Frank Miller and/or Zack Snyder injecting and endorsing homophobia in ancient Greece of all places.

But there are other victims conveniently passed over by this show made for and by the so rich and privileged they seem to have no consciousness of the old fashioned sense of the word "privilege"--the show gives faces and names to the people the Sparrows attack. But we also saw the Sparrows feeding the impoverished masses of King's Landing who, if you think about it, have a right to be angry that there's such a conspicuous divide between the rich and poor. That the ignorance that comes with extreme poverty has made some intolerant is certainly part of the tragedy--but now we're talking about matters too complex for Game of Thrones. To those who suggest such complexity would make for lousy art I'd recommend watching Princess Mononoke. 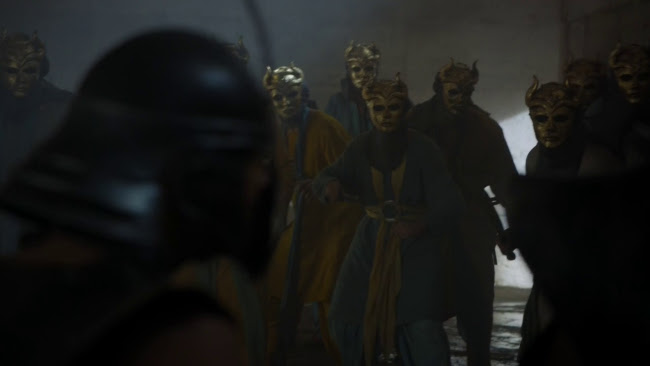 Meanwhile in Meereen, the Sons of the Harpy, the show's version of the Ku Klux Klan, takes on trained soldiers. The Sons are armed with knives and the soldiers have spears and shields. But the soldiers are inexplicably massacred. I will point out the real Ku Klux Klan--we'll talk about the post American Civil War incarnation--had to wear hoods which, as Quintin Tarantino amusingly pointed out, could inhibit eyesight. The Sons somehow have been able to churn out identical gold masks in secret and still seem to be able to sneak up on people wearing them. It's a good thing Arya's not seeing this or her training might start to feel rather pointless.

Lest it sound like I have only complaints, I loved Tyrion and Jorah in the boat, how Tyrion is able to put together Jorah's whole story without Jorah saying a word. I love Cersei's manoeuvrings, and I love poor hapless Tommen caught between his mother and Margaery. 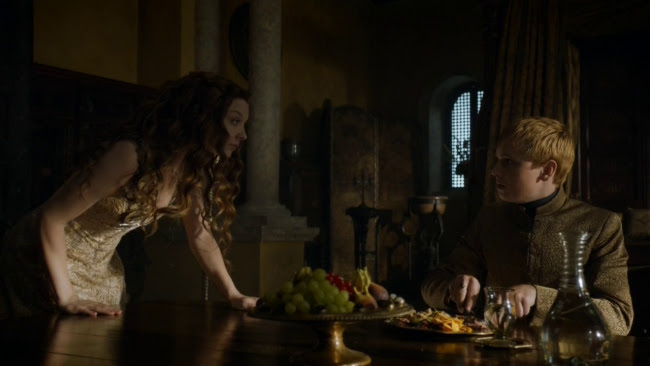 Oh, and Bronn has a kukri! They're starting to get pretty mainstream though I love seeing them still. If people are wondering where the trend started, I would point back to Francis Ford Coppola's Dracula in which Van Helsing wields one--though it was actually Harker who had a kukri in Bram Stoker's novel. 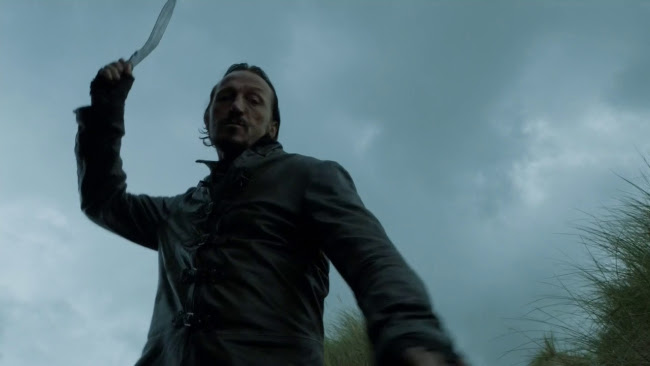