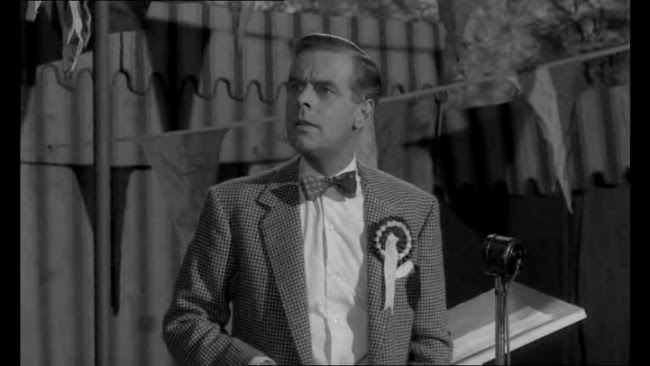 "Whereas the conservative philosophy is the exploitation of man by man with the socialists it is exactly the other way round."

This clever bit of cynical nonsense is spoken by the narrator to introduce the political world of Britain portrayed in 1959's Left Right and Centre. A romantic comedy by Frank Launder and Sidney Gilliat, it's one of their milder achievements; entertaining and good for smiles more than chuckles. Still, there's an appreciable lack of formula to the story. 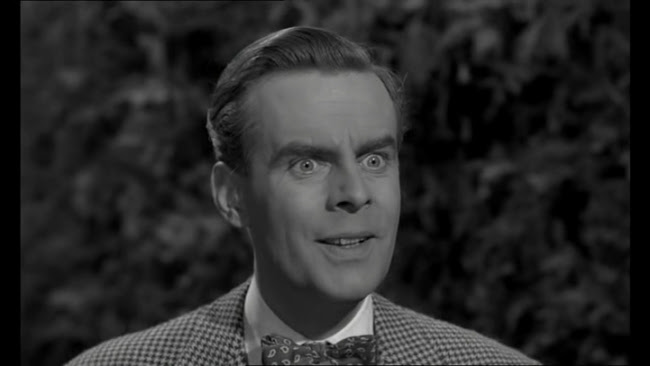 Robert Wilcot (Ian Carmichael) is the conservative candidate for MP while his Labour opponent is Stella Stoker (Patricia Bredin). Everyone's name sounds almost like a joke except for Wilcot's campaign manager whose name, Harding-Pratt, sounds exactly like a joke. He's played by the character actor Richard Wattis, a solid supporting player in so many films. Harding-Pratt finds himself forced into an unlikely alliance with Bert Glimmer (Eric Barker), Stoker's campaign manager, when Wilcot and Stoker fall in love, thereby endangering the whole process to which Harding-Pratt and Glimmer have dedicated their lives. 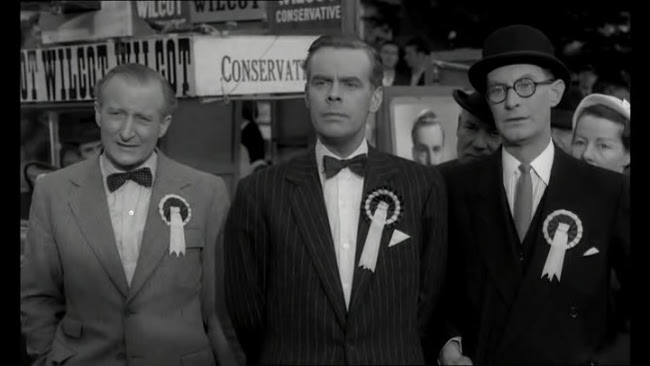 It's mainly Carmichael's movie, playing a hapless, goofy straight man to the absurdities that happen around him, even to his own unexpected infatuation with his opponent. A running gag is "love at first sight" after Wilcot and Stoker both scoff at a women's magazine story about a young woman seems to hear bells as everything but the sudden object of her affection goes out of focus. Wilcot's flustered disconcertion as this happens to him while watching Stoker give a speech is one of the funniest bits in the film. 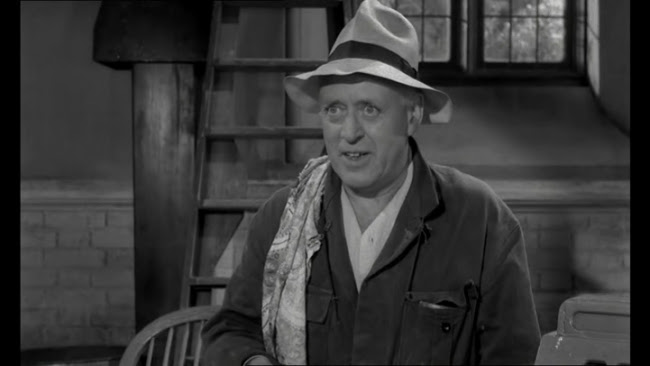 Alastair Sim, though given second billing, has only a very tiny role as Robert Wilcot's uncle, Lord Wilcot. Previously a conservative, Lord Wilcot has found he's become blissfully neutral after turning his estate into a theme park that charges customers at every turn. Even the room Robert stays in requires shillings to be put in a machine in order to keep the lights on. 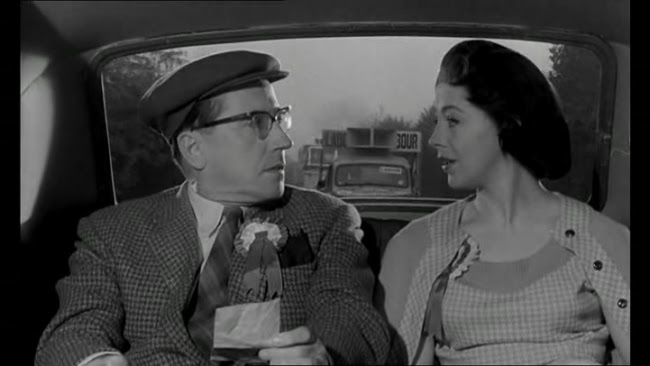 Patricia Bredin as Stoker is fine but not remarkable, the typical, almost furniture beautiful woman who's more walking McGuffin than character in a comedy.

The real costar of this film, I'd say, is houndstooth. There's a peculiar prevalence of houndstooth in this movie, in almost every scene you can spot someone wearing a houndstooth coat. Wilcot even wears a rather ugly houndstooth fedora. 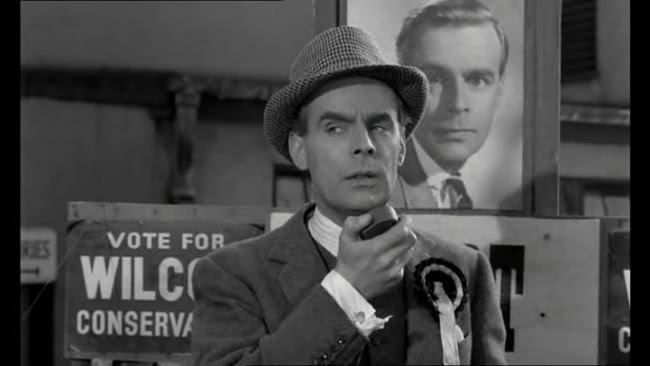 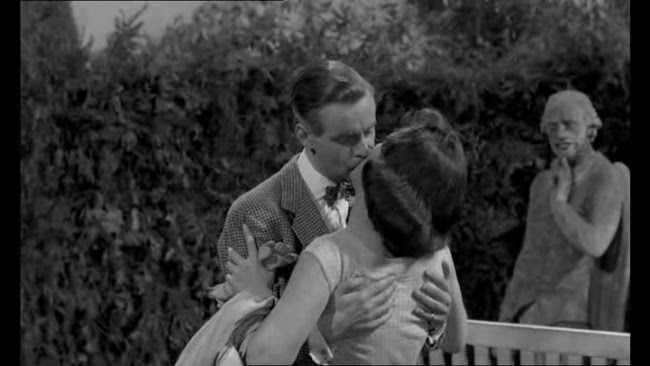 This occurs in an odd hedge maze sequence with classical statues of women covering themselves, strongly reminiscent to me of the Black Lodge from Twin Peaks. 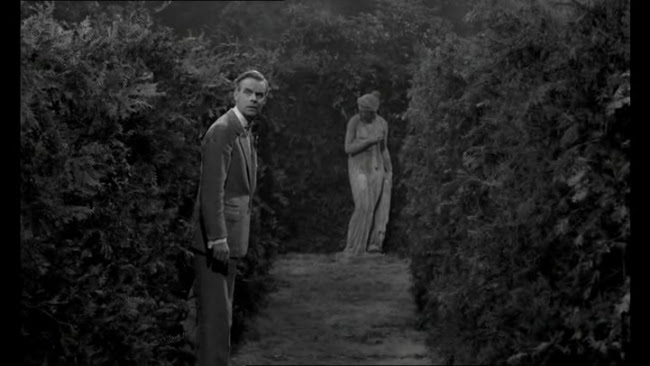